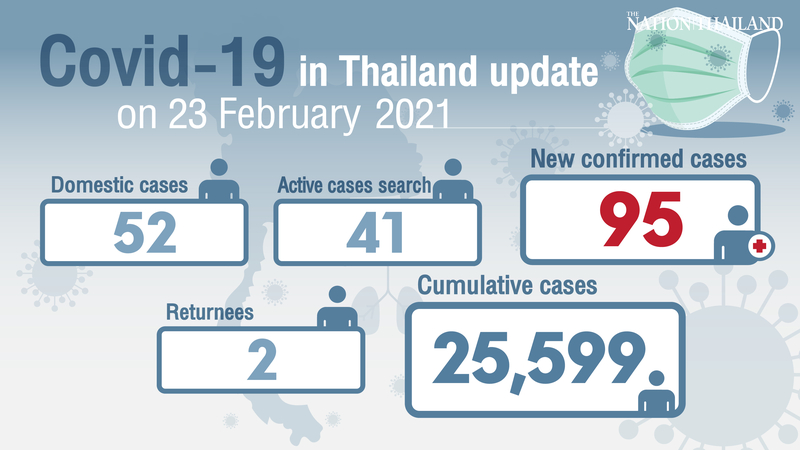 Of the 52 exposed to the disease while visiting high-risk areas, 40 were in Samut Sakhon, followed by three cases in Pathum Thani, two each in Bangkok, Tak, and Ang Thong, one each in Nakhon Pathum, Nonthaburi, and Ayutthaya.

Meanwhile, proactive testing led to the discovery of 41 cases, most in Pathum Thani (25), followed by Samut Sakhon (25) and Nonthaburi (2)

A British male and a Thai man who flew in from the United Kingdom were the two cases of overseas travellers in quarantine facilities.

Meanwhile, 76 patients have recovered and been discharged.