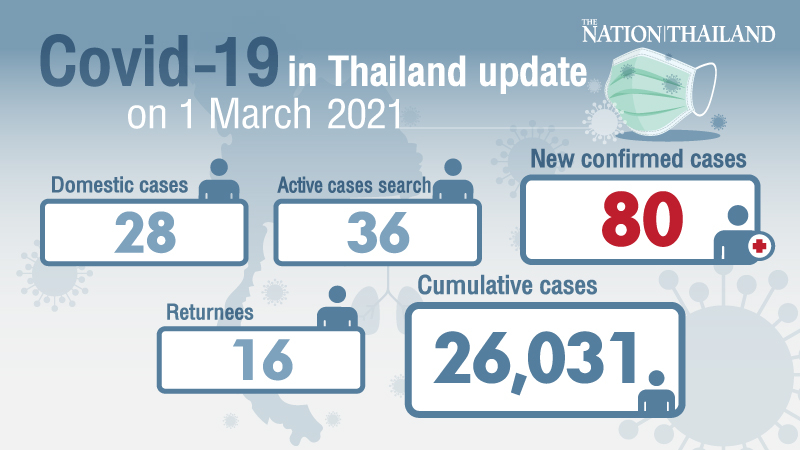 The Centre for Covid-19 Situation Administration (CCSA) on Monday reported 80 new cases, 16 of them overseas travellers in quarantine facilities.

Of the 28 exposed to the disease while visiting high-risk areas, 19 were in Samut Sakhon province, followed by three in Tak, two each in Nakhon Pathom and Bangkok, and one each in Chonburi and Ratchaburi.

Meanwhile, proactive testing led to the discovery of 36 cases -- 35 in Pathum Thani and one in Nonthaburi.

Of the 16 overseas travellers found to be infected in quarantine facilities, eight Thais had returned from Qatar, the United Kingdom, Bahrain and the United Arab Emirates (UAE). Of the eight foreigners, a Lebanese had travelled from the UAE, an American toolmaker from South Africa, two Americans, two Nigerians, a Briton, and a Swiss, from their respective countries.

Meanwhile, 196 patients have recovered and been discharged.