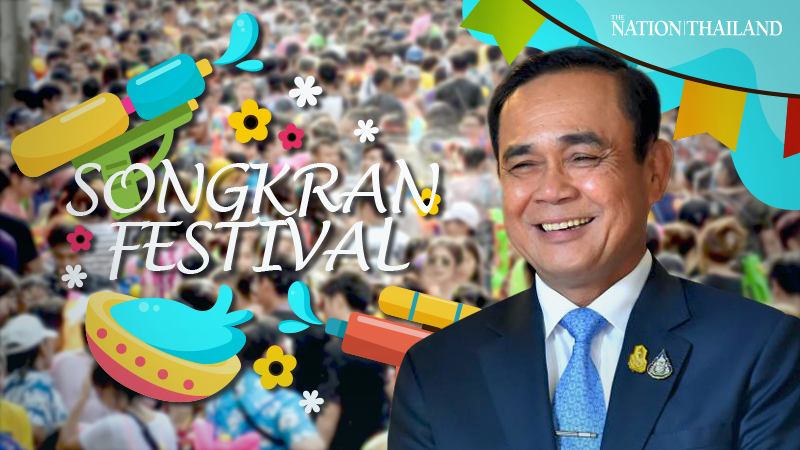 Prime Minister Prayut Chan-o-cha indicated on Wednesday that the Cabinet will consider new measures for this year’s Songkran festival.

He said no new Covid-19 cases emerged during the last long weekend at the end of February despite a large number of people travelling and jamming up roads. Many hotels were also overbooked that weekend.

Prayut said the lack of new infections was due to good cooperation from people in wearing masks, keeping their hands clean and practising social distancing.

He added that the Cabinet will see if people should be allowed to enjoy the festival freely, or if some preventive measures should be put in place.

He said it may open the door to new infections if people flock together to splash water on each other, adding that new infections will have a ripple effect nationwide.