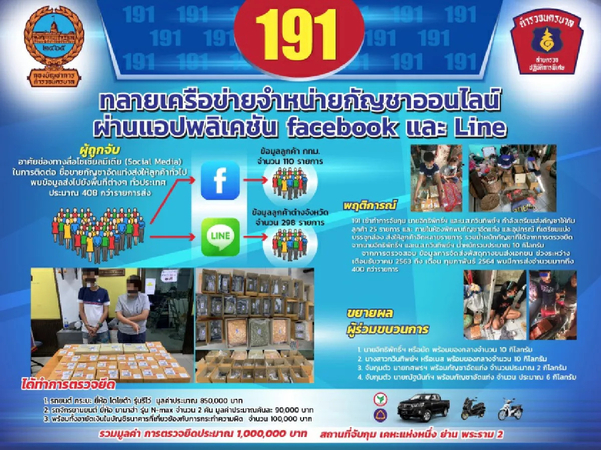 Officers reportedly found in the building nearly 20 kilograms of dried cannabis in 25 postal packages, ready to ship to customers.

“The suspects have been [allegedly] selling dried cannabis via Line and Facebook and have been using private logistics services to make deliveries to their customers,” said Pol Colonel Piyarat Supharat, Unit 191 commander.

“An initial investigation revealed that from December last year to February they shipped cannabis to 408 customers, 110 of whom are in Bangkok and the rest in other provinces,” Piyarat said. 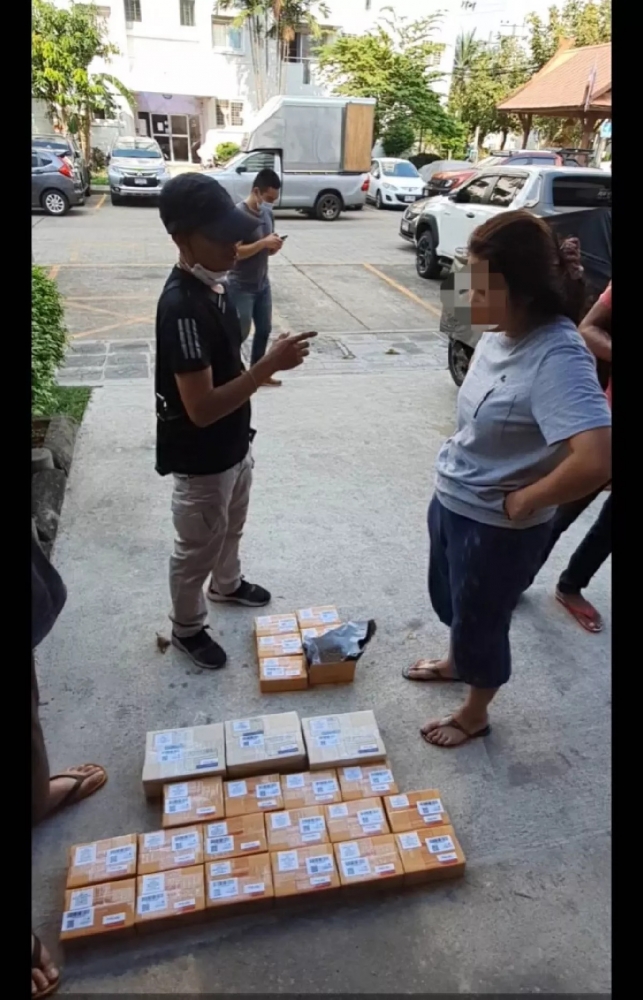 The suspects were charged with possessing and allegedly selling a narcotics substance. They were taken to the Narcotics Suppression Bureau for further questioning and investigation to find the source of the drug.