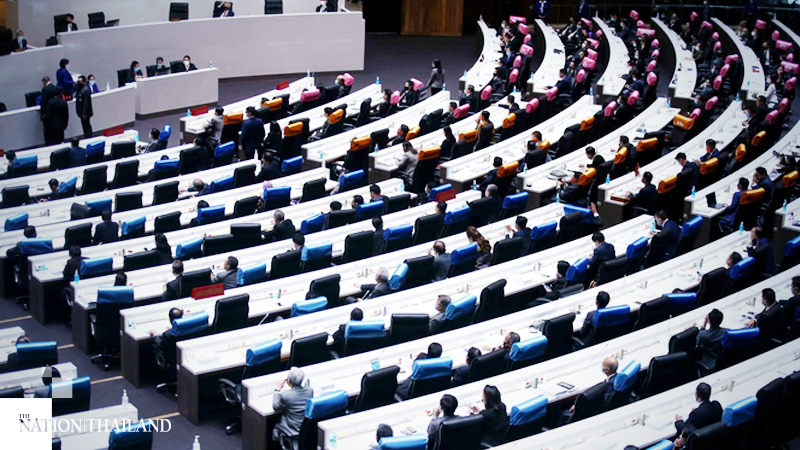 The Charter amendment bill did not pass a parliamentary vote during the third reading.

The extraordinary parliamentary vote on Wednesday, which came after a final reading of the draft to amend the Constitution, saw 208 members voting for the amendment, four voting against, 94 abstaining and 136 choosing not to cast their votes.

The passing requirement was 369 votes, or half of the total votes in Parliament. The third reading of the draft was therefore rejected.