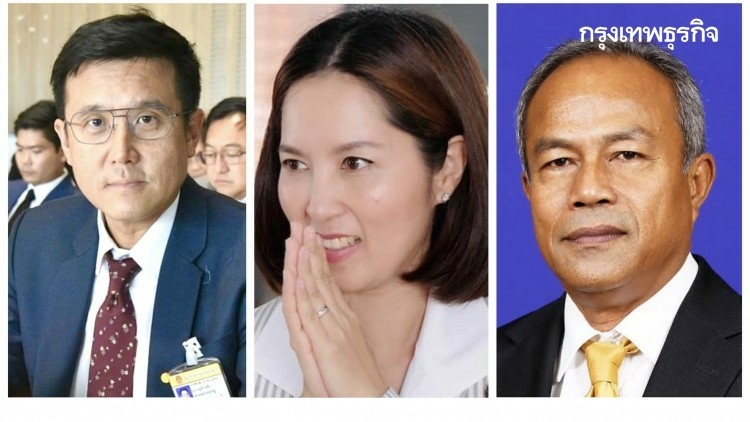 Three expected new ministers in a Cabinet reshuffle went to the Secretariat Cabinet Office on Wednesday afternoon to sign up and take photographs before Prime Minister Prayut Chan-o-cha submits the list to His Majesty the King for approval.

Deputy Prime Minister and Palang Pracharath Party leader Prawit Wongsuwan, who is said to have good ties with the Thienthong family, reportedly submitted Trinuch’s name as a ministerial candidate. The decision was reportedly not linked to Prayut or his wife, both of whom "don’t share a close relationship" with the family.