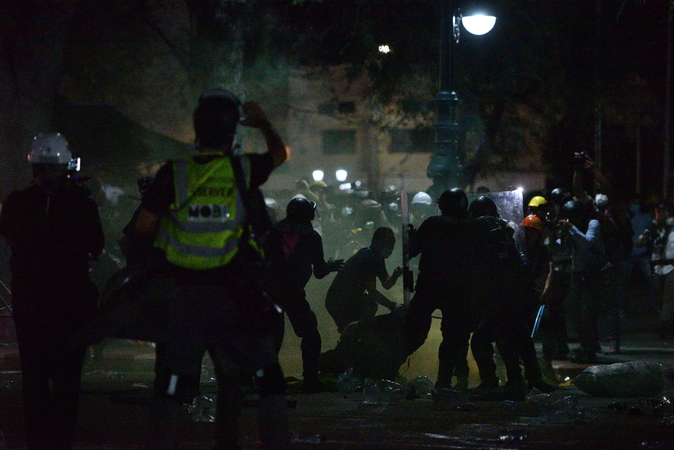 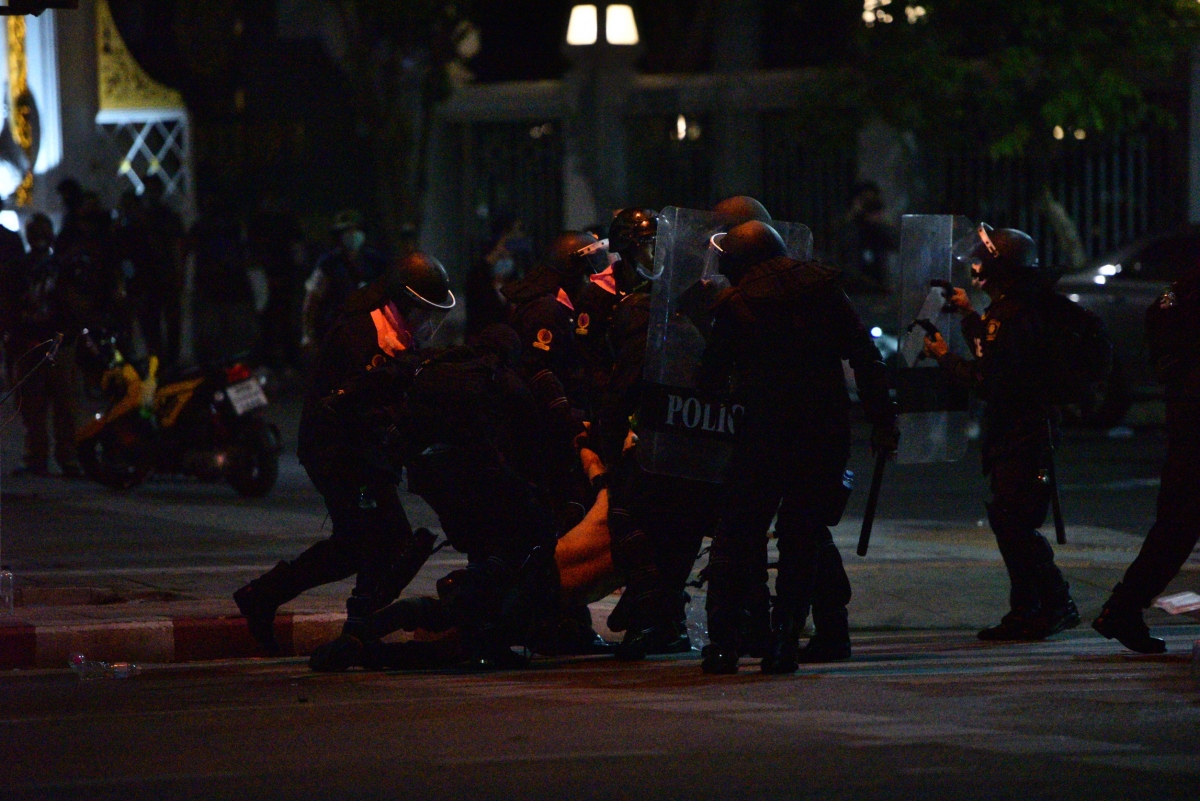 Redem, or Restart Democracy group, gathered on Saturday at 6pm at Sanam Luang to urge the authorities to release leaders of the Ratsadon protest group who had been arrested earlier and charged with sedition, illegal gathering, and lese majeste.

Restart Democracy (Redem) group on Saturday held a rally at Sanam Luang to urge the authorities to release leaders of the Ratsadon protest group who had been arrested earlier and charged with sedition and illegal gathering, among others. pic.twitter.com/7tn9dUWV9d

The timeline of events on Saturday:

6.45pm: Some protesters reportedly try to pull down the top container of the wall erected by police in front of the King’s Palace, while police order them to stop the protests immediately. They are warned that high-pressure water spray cars were ready to deal with violation of law or acts that destroyed state property.

7pm: The assembly haul the bottom container out. Police then spray water at the protesters until they retreat. The demonstrators then try to dismantle the additional containers, while the police warn them and spray water, but the protesters are unfazed. 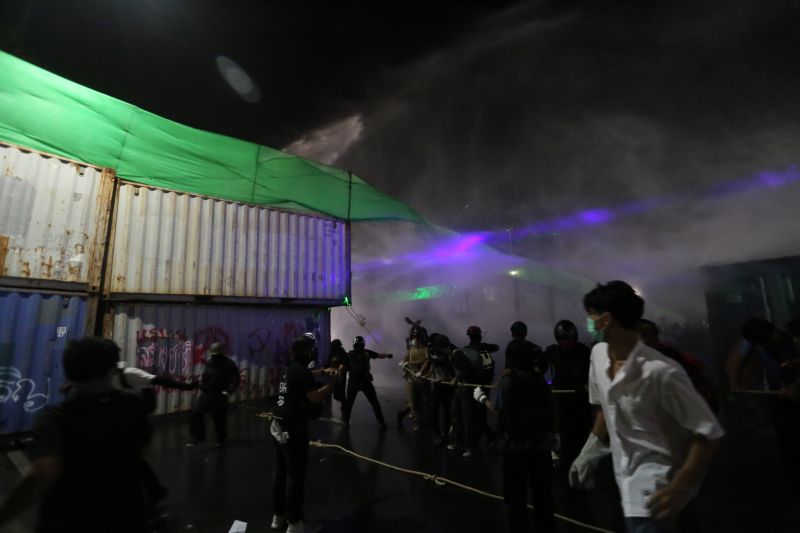 7.35pm: Crowd control officers come out from behind the containers and take control of the situation, seizing the area and arresting some of the protesters. 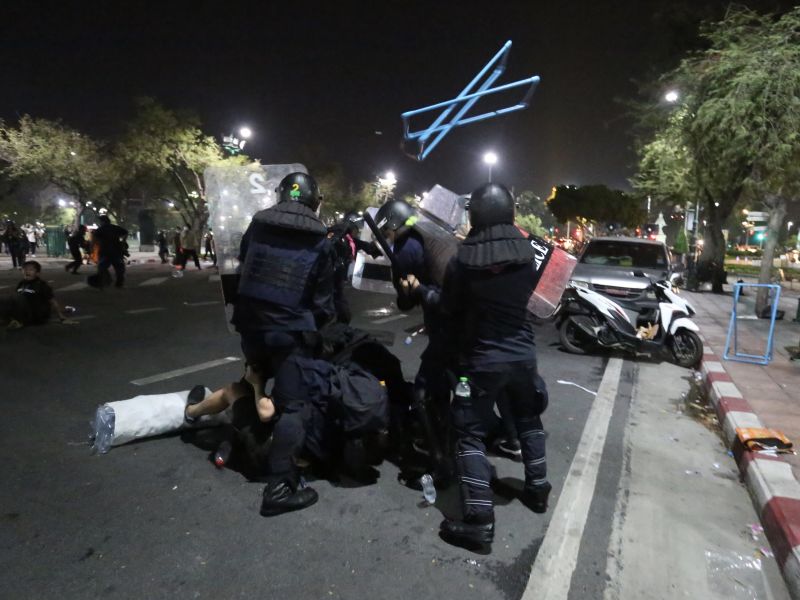 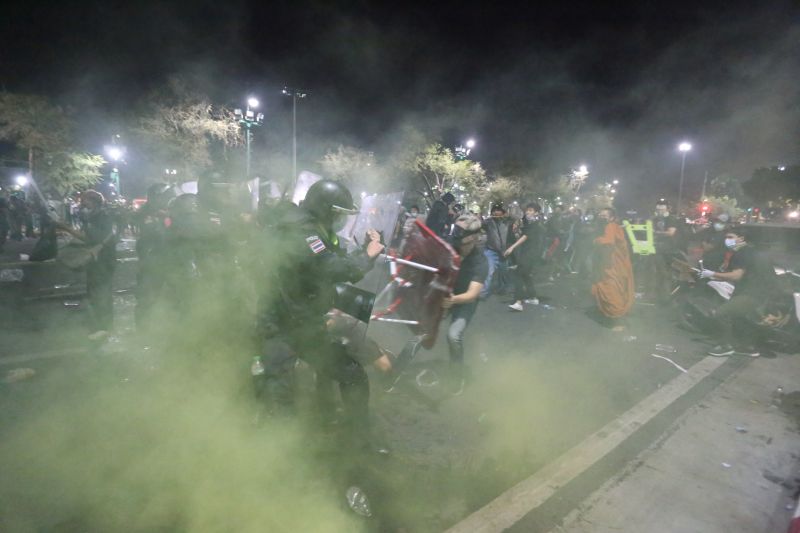 7.48pm: A small grenade is thrown at the police.

7.50pm: Most of the protesters leave Sanam Luang.

7.53pm: Crowd control staff expand the barrier to fix the force around Sanam Luang, ordering all unrelated parties to leave the area, blocking entry to the assembly area in Sanam Luang.

9pm: At the Khok Wua intersection, a fire is lit to burn the plant pots on the outbound side of Rajdamnoen Road. There are also occasional firecracker sounds. As police officers guard the middle of Rajdamnoen Road and continue to restore the area, rubber bullets and tear gas are fired. At least five protesters are arrested and interrogated. 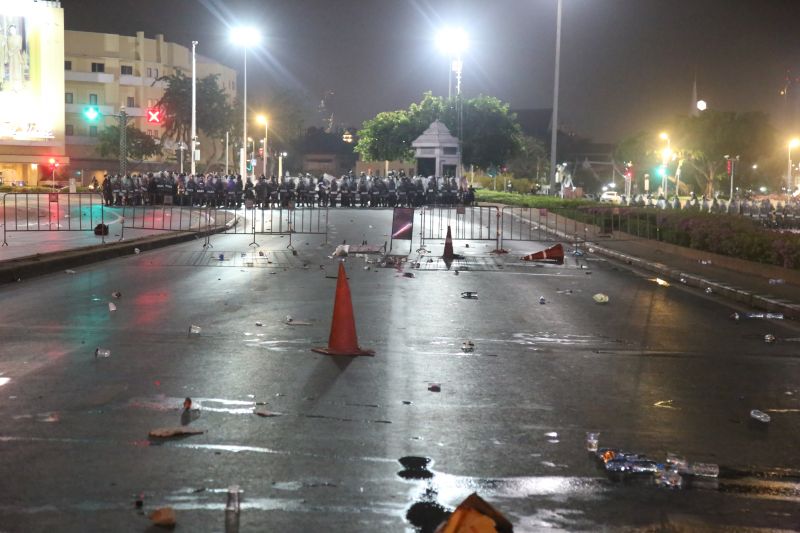 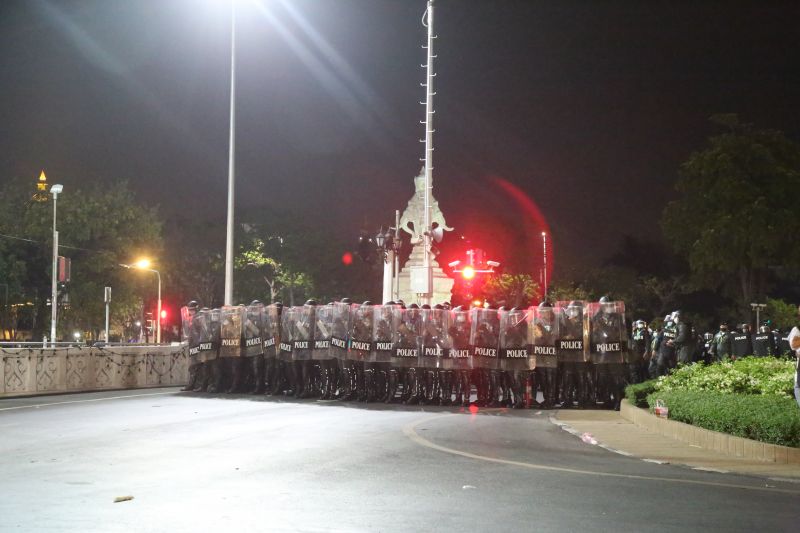 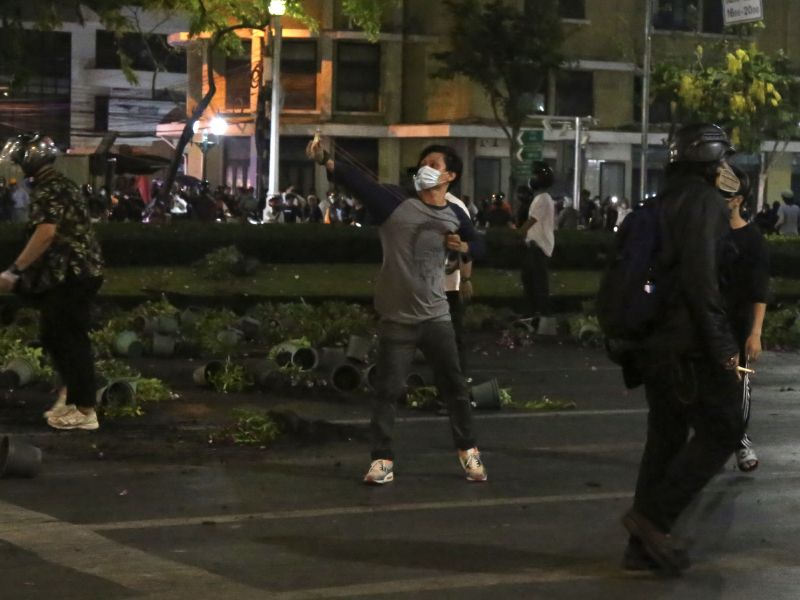 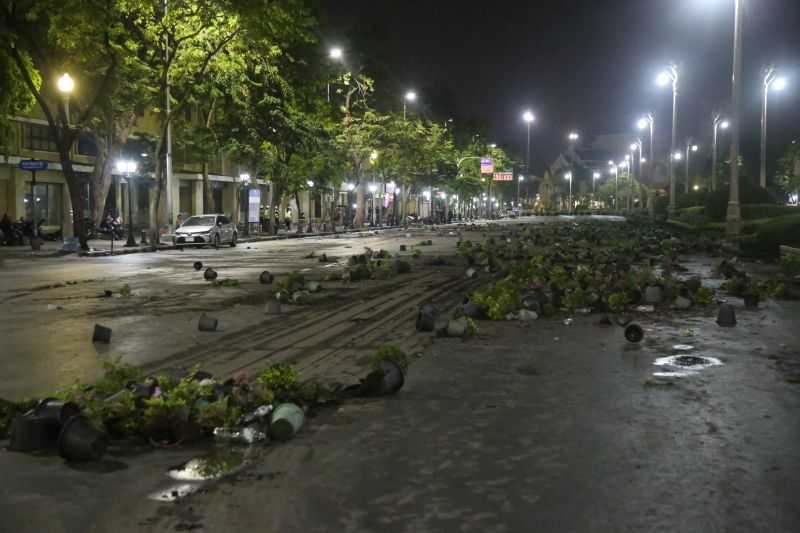 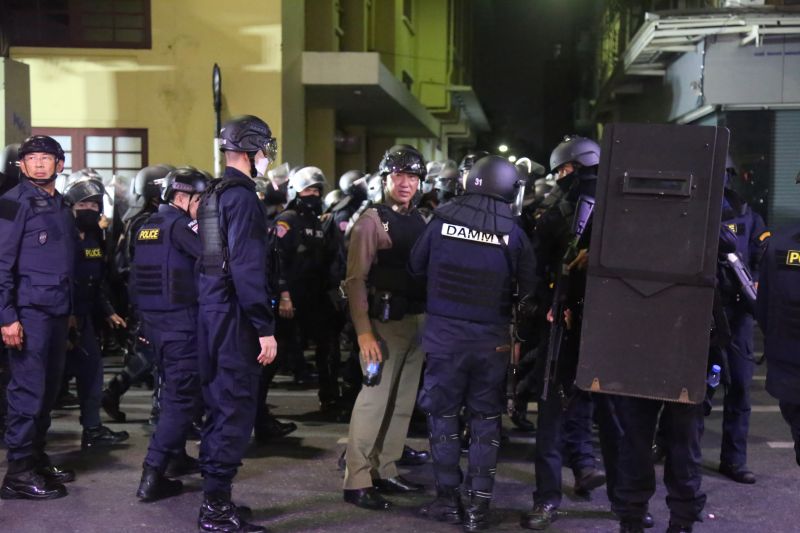