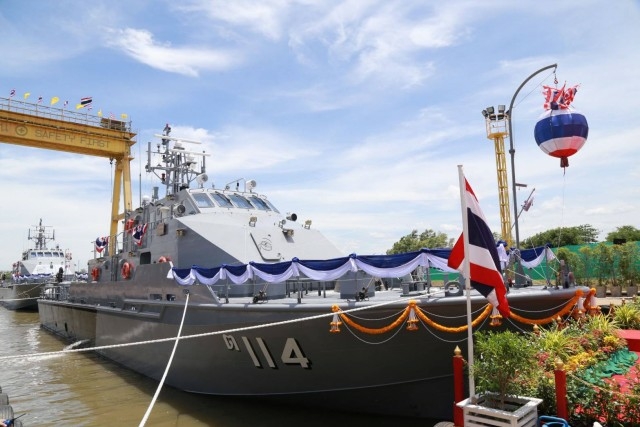 The Royal Thai Navy has anointed two new patrol boats in a ceremony at its Sattahip base in Chonburi. 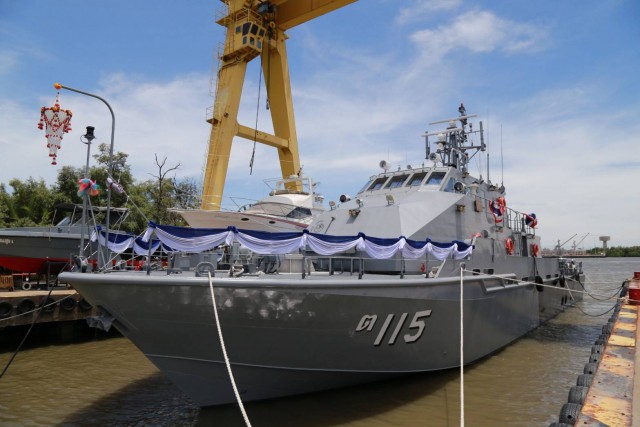 The T114 and T115 inshore patrol boats were built by the Marsun Co shipyard at the mouth of the Chao Phraya River. The Navy said they will be used to provide safety to HM the King and the royal family, and for surveillance, protection of fishing and cargo vessels, and to combat marine terrorism.

Each boat is 36 metres long, 7.6 metres wide and boasts a top speed of 27 knots fully laden with an operating range of 1,200 nautical miles.

The boats come armed with a main gun, a 30mm machine gun mounted on the bow, and two .50-calibre gunwale machineguns.

The boat-receiving ceremony dates back to the reign of King Rama V.