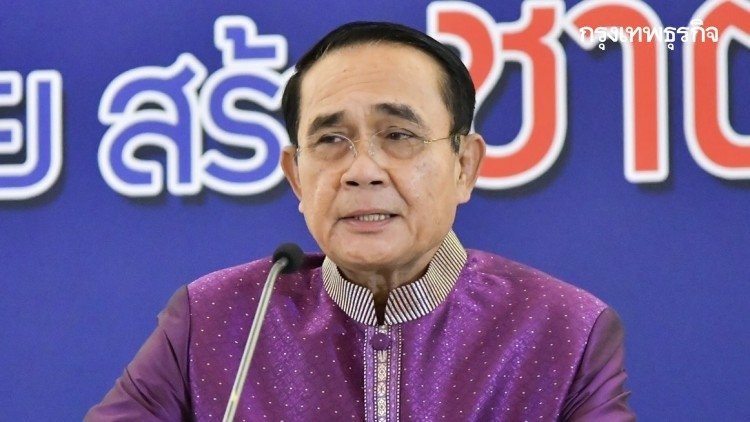 Prime Minister Prayut Chan-o-cha vowed on Tuesday that Thailand would not push back refugees fleeing violence in Myanmar.

Speaking at a briefing after the weekly Cabinet meeting, Prayut said Thai officials were seeking a solution to the refugee problem. However, he added that Thailand would negotiate to return those found crossing the border from Myanmar without good reason.

“Nobody is pointing guns to keep them out of the country,” said Prayut of the refugees. “This is a humanitarian problem and both sides need to find a solution together.”

Activists on Monday accused Thai authorities of pushing back about 2,000 ethnic Karen fleeing airstrikes by Myanmar government forces. Thai officials denied the reports. The airstrikes came amid the bloodiest week so far in the Myanmar junta’s crackdown on the civilian population, with 141 reportedly killed on Saturday alone.

Prayut said Thailand had many years of experience in resolving such issues, having hosted 400,000 refugees in nine border camps for 10 to 20 years.

He added that a repatriation programme for the 100,000 refugees who remain in the camps had been suspended following the February 1 military coup in Myanmar.

“The [Thai] government must therefore stop sending them back and prepare to accommodate more people who will be evacuated according to humanitarian principles,” said Prayut.

He added that usually, legal procedures should be followed when crossing the border, but this was an unusual situation and people were dying.

“Thailand has a duty to provide help to unfortunate people seeking aid, but authorities cannot announce they will accept everyone, as border security officials and related agencies must first work out a plan and principles to protect national security,” Prayut told reporters.

Asked whether the Thai government was in contact with United Nations refugee agency, Prayut said the organisation had a branch in Thailand and that refugees cannot be sent to a third country.