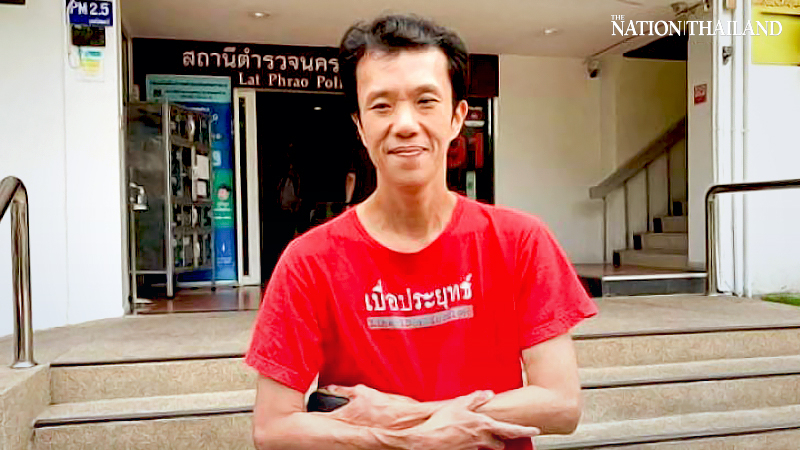 Five protesters were indicted on Wednesday for allegedly hurting the “liberty of the Queen” when her motorcade drove past an anti-establishment rally on October 14 last year.

Prosecutors also charged them with holding a gathering of more than 10 persons and obstructing traffic.

Since five activists have said they will fight the charges and the Criminal Court has decided to hear their case on April 26.

“We have the right to fight for freedom and justice, and we were honoured for being given the chance. I will go to jail without any hesitation if the court decides. I will continue fighting so what I have done so far will not be in vain and my name will be recorded in history,” activist Boonkueanoon Paothong, 21, said.

“We did not do anything wrong because we had no idea a royal convoy was heading in our direction,” another indicted political activist Ekkachai Hongkangwan, 45, said.

Their lawyer Poonsuk Poonsukcharoen said she expects the five to be granted bail as they are not a flight risk. The protesters have apparently prepared Bt300,000 each as bail guarantee.

The lawyer said the charges carry a minimum sentence of 16 years in jail for violence or attempted violence against the queen or heir-apparent.

The event took place at the height of anti-establishment protests last year when Her Majesty’s motorcade passed through a group of protesters. Video clips show police pushing protesters away from the queen’s car.