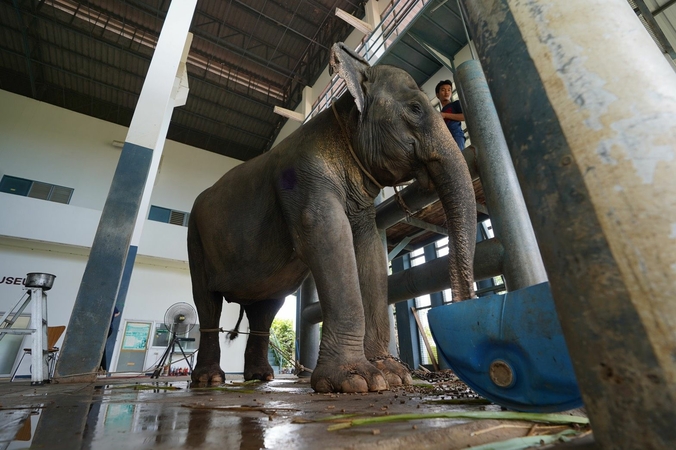 Thai veterinarians successfully removed a gallstone from an elephant, a unique world record for veterinarians.

Faculty of Veterinary at Kasetsart University (Kamphaengsaen Campus) in Nakhon Pathom province on Friday held a press conference to announce the successful surgery.

“This is only the second instance in the world of a gallstone being removed from an elephant. The first time, we had performed a similar surgery on Kham Moon, a 45-year-old male elephant,” said Assoc Prof Dr Nikorn Thongthip, a professor of the faculty. Sai Thong was sent to the university on March 28 after she was suffering from stomachache, loss of appetite and inability to urinate. Veterinarians diagnosed that she had gallstone due to drinking water from a source with high content of limestone. The operation took place on March 30 and took the veterinarians around six hours to remove a 12x16cm, 1.7kg gallstone.

Sai Thong is still under close monitoring and will later have to undergo intensive rehabilitation.

“The success of this operation is not only a big step for Thailand’s veterinary circles, but is also an important milestone in elephant treatment among the global veterinarian community,” said Nikorn.

“Many foreign institutes have contacted me to write a book to share the knowledge on treating large animals with other veterinarians around the world.” 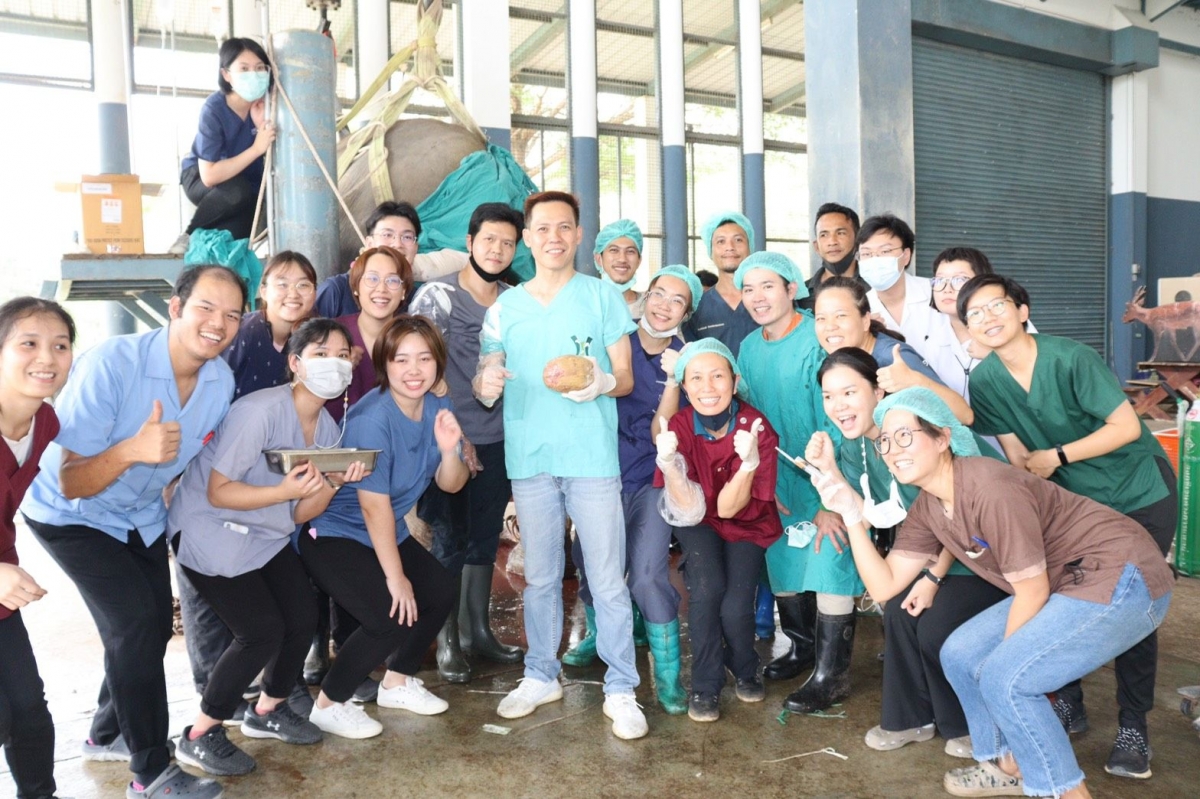