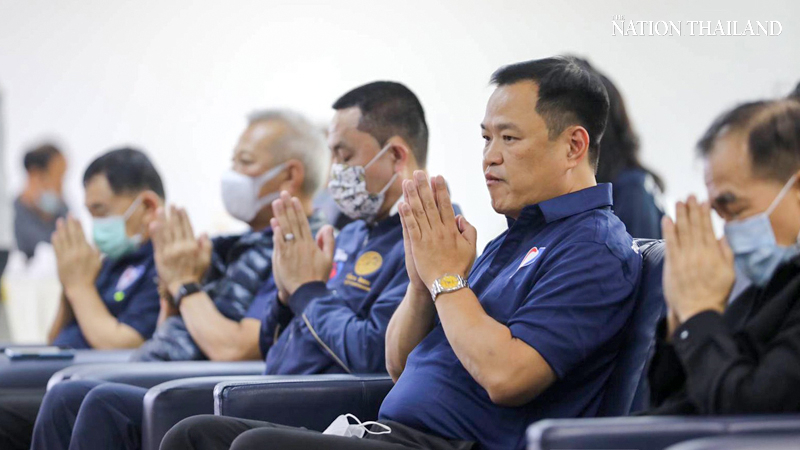 Public Health Minister Anutin Charnvirakul wore a face mask “almost all the time” when participating in a merit-making event by his Bhumjaithai Party, said Anutin’s secretary Watcharapong Kuwijitsuwan in response to a controversial photo which showed the minister without a mask on Tuesday.

Anutin was pictured without his face mask while sitting next to Transport Minister Saksayam Chidchob on Tuesday – a day before Saksayam tested positive for Covid-19.

In response to the alarming photo, Watcharapong told the press that Anutin wore the mask “almost all the time he was at the event, except to eat or drink, or when it was hard to breathe”.

Watcharapong added that Auntin took his face mask off for only a short period. And the minister tried not to remove his face mask when he was seated near others without any masks.