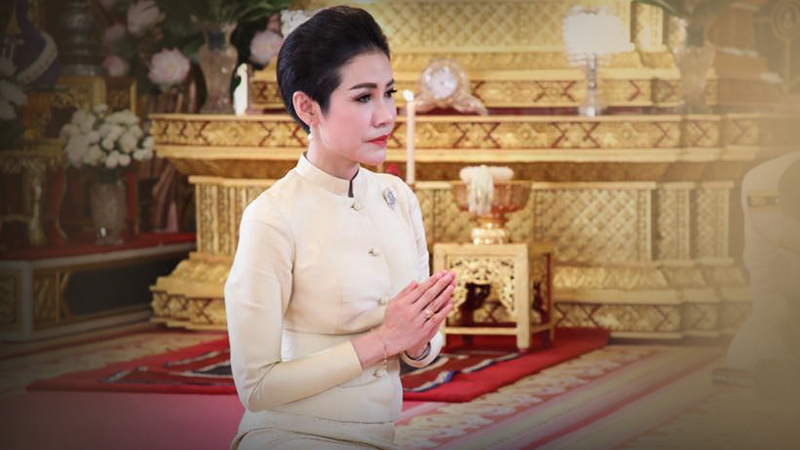 King Rama X has stripped Sineenat Wongvajirapakdi of her “Chao Khun Phra” or noble consort title as well as her military rank.

The Royal Gazette published on Monday (October 21) that His Majesty King Maha Vajiralongkorn Phra Vajiraklaochaoyuhua had also recalled her Royal insignia, owing to her undesirable behaviour as a Royal servant and being disloyal to the Royal Family.

The statement said Sineenat had been against the appointment of Queen Suthida and had given many orders under the name of Their Majesties for her personal benefit. She also reportedly engaged in activities without His Majesty’s approval, which caused confusion among the public.