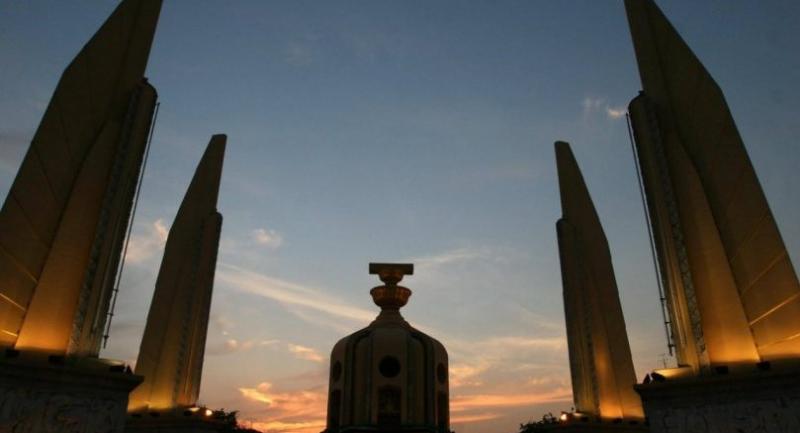 Since 1971, when The Nation was born, Thailand has mostly been under dictatorship or authoritarian rule. Political analysts still see a silver lining

Though Thailand's road to democracy over the past five decades has hit a series of diversions and dead ends, political scientists believe there is some light at the end of the tunnel.

However, they say, any further progress depends on the new generation, who must play a vital role if the dream of full democracy is to come true.

In the 48 years of this newspaper’s existence, Thailand has never been a “fully democratic” state in which a government is truly accountable to its people via elections and a robust system of independent checks and balances.

For most of that time, it has been under military control, backed by a small conservative elite who believe democracy is unnecessary, said Titipol Phakdeewanich, political science dean at Ubon Ratchathani University.

Even after the latest general election, he added, the coup-makers’ National Council for Peace and Order has managed to extend its control over a nominally democratic Parliament. Not only has junta leader, General Prayut Chan-o-cha, retained his power as prime |minister, but the junta-appointed Senate will stay in place for five years, playing a decisive role in voting for the next PM.

In fact, Thailand has been “undemocratic” since the 1932 revolution, which saw the abolition of absolute monarchy, Titipol said.

Anti-democratic rhetoric is still a part of everyday life nearly nine decades after the change from rule by royalty to rule by the |people. People like to say “we’re not ready or it’s too early” for democracy, or that democracy “doesn’t fit in Thai society”, Titipol said.

Indeed, Thai democracy has been blocked since birth by a series of elitist powerplays, according to Yuthaporn Issarachai, a political scientist from the Sukhothai Thammathirat Open University.

“First there were strong dictatorships, then plutocracy or money politics [under Thaksin Shinawatra], then military coups and now we’re under a ‘neo-bureaucratic polity’,” he said. Yet, amid the dead ends and despotism, Thailand experienced a brief flourishing of democracy with the 1997 Constitution.

Under what was dubbed the “People’s Constitution”, the country’s rules and legal mechanisms were liberalised and the charter played a crucial role in motivating public awareness and political participation, said Stithorn Thananithichot, a political scientist from King Prajadhipok’s Institute.

However, he blames resistance to the progressive charter among the administration and voters for weakening its defences against authoritarianism.

The people’s charter was finally torn up after the military coup of 2006, to be replaced with one “less than half as progressive”, Stithorn said. This was in turn scrapped and replaced by our current and even “more regressive” Constitution of 2017.

Seeking reasons why Thailand has not yet achieved full democracy, analysts identify several culprits. Chief among them is the support given by the Thai elite to the military so they can protect their interests, the entrenched conservative bureaucratic polity, and rulers’ obsession with institutional structures that |regulate the direction of democracy.

“The rulers want people to blindly believe in the rules they design. But this no longer works. The public can no longer be as easily controlled as they think,” Stithorn said.

In the modern world, we have to create a “shared democracy”, in which the designers of the rules have to allow the voters – who are supposed to follow these rules – to participate in designing these rules, he added. Hope for a better democracy

Is there any hope that Thailand will ever become an open, liberal democracy?

Yes, say the academics, because Thailand |cannot avoid the global trend towards freedom and accountable rulers. However, they admit this will be a difficult task and may take at least another two decades, as the key to a fully |liberal democracy lies with the younger generation.

It will be difficult to see true democracy before that because the current generation doesn’t truly believe in government accountable to the “demos”, or people, and doesn’t think it would good for the country, so keeps letting the military take control, Titipol said.

He believes society should stop talking about whether we, as Thais, are ready for |democracy, and instead understand that democracy evolves on its own.

“We have to progress and move forward. We cannot stop. We have to continue moving towards becoming a fully democratic country,” he added.

And despite the dark clouds hanging over Thai democracy, analysts still see a silver lining.

Yuthaporn said Thai politics will continue developing in a positive direction for the next 50 years even though the current version of governance is seen only as quasi-democracy.

“Social dynamics and disruptive technology will disrupt Thai politics too. Positive changes will soon be visible,” he said, adding that these days many people – regardless of their age – are actively interested in politics.

This, he added, is especially true among the new generation.

The younger generation offers strong hope for the survival of democracy or at the very least social change that creates a better form of democracy, academics say.

Titipol cited recent signs of such hope, including the high-school students who designed pedestal trays on Teacher’s Day to mock the current state of politics, and a school parade in Trang province where students held up placards satirising the junta-led government. He said these and other similar actions show that despite its five years in power, the military-led government has failed to control the new generation’s thoughts.

No white knight to the rescue

However, he said, the public should not place their hopes on a white knight showing up to “present” the country with full democracy. They will be disappointed again, as they were in the past, he cautioned.

He cited the 1997 charter, which was widely hailed as a landmark in democratic |constitutional reforms that was meant to deliver a strong democracy and strong government.

But though Thaksin Shinawatra’s administration at the time was powerful, democratic accountability failed because checks and balances were undermined.

The current 2017 Constitution was also created with the promise of deep and wide-ranging reforms, but it became a |political nightmare when drafters overlooked the significance of democracy and instead placed politics under the control of what Yuthaporn calls a neo-bureaucratic polity. “The hope for a full democracy lies in the hands of Thai citizens. Democracy can only be created by the public, not by rules and mechanisms. They need to learn to build a new culture that facilitates democracy,” Yuthaporn said.

“Thais must adopt ‘fraternity’, or the concept of living together as brothers and |sisters, instead of being divided. We have to learn to listen to different voices and opinions. That is fundamental for creating a democracy,” he added.

Stithorn identified another key problem of politics that leads to social divisions as the “winner-takes-all” concept, which has existed in Thailand for a very long time.

“A key factor in becoming a full democracy is finding a way to balance power and also to share power so it benefits everybody and gives each person their own turf to work from,” he added.

Each player has to wait for his turn, and though a winner can take all sometimes, they must realise that they too will lose one day and that the loser will one day become a winner, he said. Similarly, the majority can become the minority and vice versa.