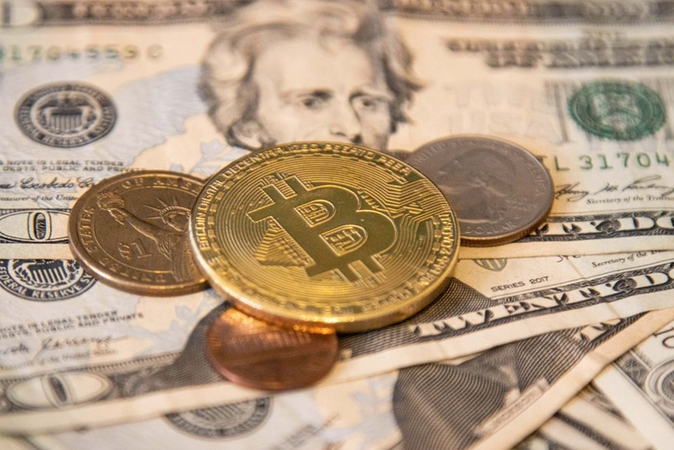 Treasury Secretary Janet Yellen recently mentioned the idea of creating a so-called digital dollar - a new form of electronic currency that would make the payment system easier for Americans and presumably compete with bitcoin and other cryptocurrencies. But there's little rationale for a government-managed online dollar that looks anything like bitcoin.

There are probably better ways for the Federal Reserve to make it easier and cheaper for Americans to pay for things.

Yellen is not the first to suggest the idea of a digital dollar - or "Fedcoin," as some call it. Fed Governor Lael Brainard contemplated the concept last year. And David Andolfatto, a senior vice president at the Federal Reserve Bank of St. Louis, has been investigating the possibility for a number of years now. In 2015 he wrote about it on his personal blog, noting several potential benefits.

A Fedcoin, Andolfatto notes, would allow people to make transactions without opening a bank account - like physical cash, but using an app on your phone instead of your physical wallet. He argues it would also be harder to steal than a bank account that can be hacked. In addition, it would leave an electronic trail that would let the government track down criminals if necessary.

These are all advantages of an electronic currency run by the central bank. But it's crucial to note that none of these features need to employ the kind of decentralized process that enables bitcoin. (Full disclosure: I own bitcoin and other cryptocurrencies.)

Bitcoin is designed to operate without the need for a trusted intermediary, such as a bank. When two people make a transaction in dollars, a bank verifies and logs the transaction, and makes sure that the money is debited from one account and credited to another. With bitcoin, that verification is instead done by a distributed network of computers, called "miners." The economics of the system by which the miners compete to verify the transaction - and are rewarded with bitcoins for doing so - keeps the whole system honest.

But it also requires enormous resources. The mining process - called a "proof-of-work" system - involves solving very hard math problems, which takes a lot of computing power, which in turn requires a huge amount of energy -- about as much as the entire country of Argentina, by a recent estimate. Whether that energy use will ultimately hold back bitcoin as a monetary system is a question that remains to be answered.

What's clear, however, is that there's no need for the Fed to create its own proof-of-work system for Fedcoin. Proof of work is an expensive way to establish trust in a decentralized world; the Fed, which is a centralized and already trusted entity, doesn't need to spend massive amounts of electricity reestablishing trust every time someone wants to spend a digital dollar. Instead, it could just clear the transaction like any bank does, cheaply and easily. As long as people trust the Fed not to steal their money (and why would it, when it can print as much as it likes?), a Fed payments system could be incredibly cheap without relying on any cryptocurrency technology at all.

So a Fedcoin shouldn't look anything like bitcoin. But that doesn't mean the central bank can't get involved in processing payments. The Fed could absolutely create an app by which people could cheaply send digital dollars to each other in a peer-to-peer way, without a bank account. Instead of being stored on a distributed ledger like a cryptocurrency, these dollars would simply exist on the Fed's own centralized database, which people could access through their phones - much as they currently use phones to access their Venmo accounts.

A Fed-run electronic payment system would compete with existing payment applications, such as PayPal, Venmo, Stripe, Visa and MasterCard. That would put those companies at an inherent disadvantage, since they all require banks to operate, and the Fed is its own bank. And because the Fed is part of the government, it doesn't even need to turn a profit, so its payment service could be very cheap indeed. Fee-charging payment services might be put out of business.

In fact, since the digital dollars that people held at the Fed would be an alternative to keeping those dollars in a checking account, the Fed would also be competing with private banks and credit unions. Many checking accounts are already free, but as Andolfatto notes, simply downloading a Fed-made app would be easier than applying for a bank account, and you probably wouldn't have to worry about any hidden or surprise fees.

So the Fed could create its own distributed, peer-to-peer payments and cash storage system, and do it much more cheaply than bitcoin. But by doing so, it would be directly competing with much of the world's existing financial and payments infrastructure. Maybe that's a good thing - maybe payment and cash storage is simply such a mature and commodified product now that there's no reason to have profit-making companies doing it, and government can safely muscle them out. But that would in effect be nationalizing an industry, which is always a risky move. Yellen is correct to promise only to do more research into the idea.