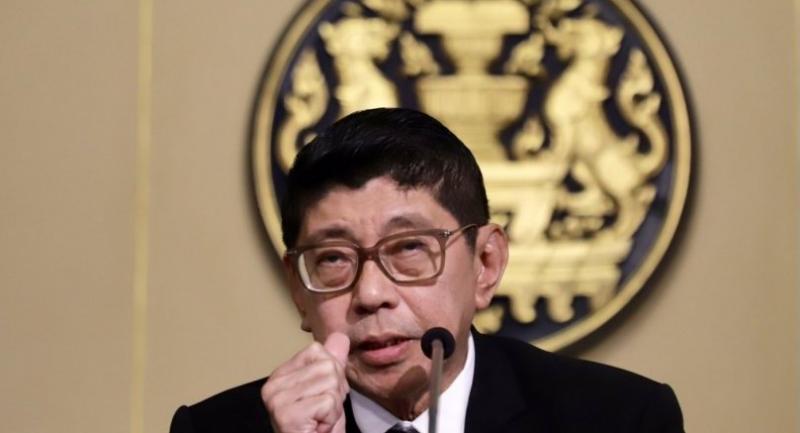 THE ELECTION Commission (EC) has completed the redrawing of constituencies and the details will be announced in the Royal Gazette soon, Deputy Prime Minister Wissanu Krea-ngam said yesterday.

Wissanu, who is in charge of the government’s legal affairs, said the government has been informed of the EC’s completion of the task, adding that those who are unhappy with the new constituencies can petition the Administrative Court.

The deputy PM added that the EC had earlier informed the ruling National Council for Peace and Order (NCPO) about complaints from politicians related to the redrawing of constituencies. However, he said, the documents have not been unveiled and he has no details about the matter.

The EC has been working on redrawing constituency boundaries over the past couple of months, and has used three different options for each electoral area before public hearings.

However, the NCPO recently issued an order legalising any decision on constituency mapping by the EC, no matter whether it is in line with existing laws. This has led to rumours that a fourth way of constituency drawing had emerged in many areas.

Politicians have also expressed concern that the junta order, which is treated as law, could allow boundary gerrymandering in a way that benefits certain political parties, particularly one that is pro-junta.

There have also been complaints of gerrymandering and allegations that the issue of constituency redrawing was used to persuade former MPs to defect to a pro-junta political party.

Gerrymandering is a serious threat for political parties. If a party’s stronghold is separated into two constituencies, for instance, then that party can lose the election in one or both those constituencies.

Constituencies need to be redrawn because under the current Constitution, there can only be 350 constituencies in the next general election, compared to 400 in previous polls.

Meanwhile, Prime Minister Prayut Chan-o-cha, who is in Germany, promised yesterday that his government will hold an election that is “the fairest”.

As for the mass defection of former MPs to the pro-junta Palang Pracharat Party, General Prayut said that was a normal “political mechanism” – something that he, as a premier, had no jurisdiction over. He also noted that this current post-coup administration will cease to exist as soon as a new government is set up.

Prayut has been on an official trip to Germany from Tuesday and will return today.

Meanwhile, Anek Laothamathas, co-founder of Action Coalition for Thailand Party, called on the NCPO yesterday to allow politicians to campaign freely, without monitoring by military officers.

Anek, an academic-turned-politician, said that once the political restrictions are lifted, politicians should be allowed to “campaign naturally” without any interference.

“Politicians must be able to campaign for votes without being followed or monitored when they visit constituents,” he said.

A meeting between the NCPO and political parties has been scheduled for December 7 and the lifting of political restrictions – that have been in place since the 2014 coup – is expected to be on the agenda.

Anek also said he believed the election will be held on February 24, as reiterated by senior government figures, including Deputy Premier and Defence Minister General Prawit Wongsuwan.