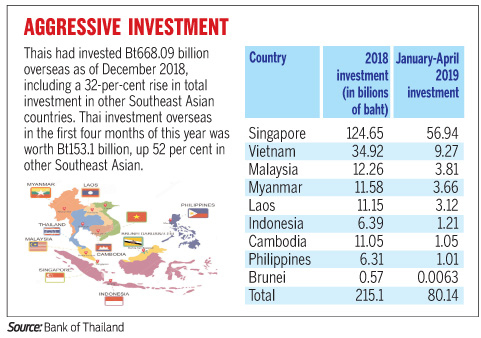 Thai companies have been steadily increasing their investments overseas, with Bt821.19 billion allocated abroad from the start of 2018 to the end of April this year.

Almost half of the outlays were directed to Asean countries, reports by the Bank of Thailand (BOT) show.

The reports by the central bank on capital outflows showed that Thais had invested Bt668.09 billion by the end of December 2018. The outflows indicated a 32 per cent rise in the total investments made in other Southeast Asian countries.

For the first four months of this year, outbound investment came to Bt153.1 billion, with up to 52 per cent of the total placed elsewhere in Southeast Asia.

Siam Cement Group (SCG) is one of the largest Thai investors with a keen focus on Southeast Asia. In particular, it has been developing a petrochemical complex in Vietnam worth Bt180 billion. The investment covers 2019 to  2022.

“We expect total revenue from overseas to reach 60 per cent of our total revenues five years from now, when our petrochemical complex in Vietnam is operating in 2022,” the group’s president and chief executive officer Roongrote Rangsiyopash said recently. 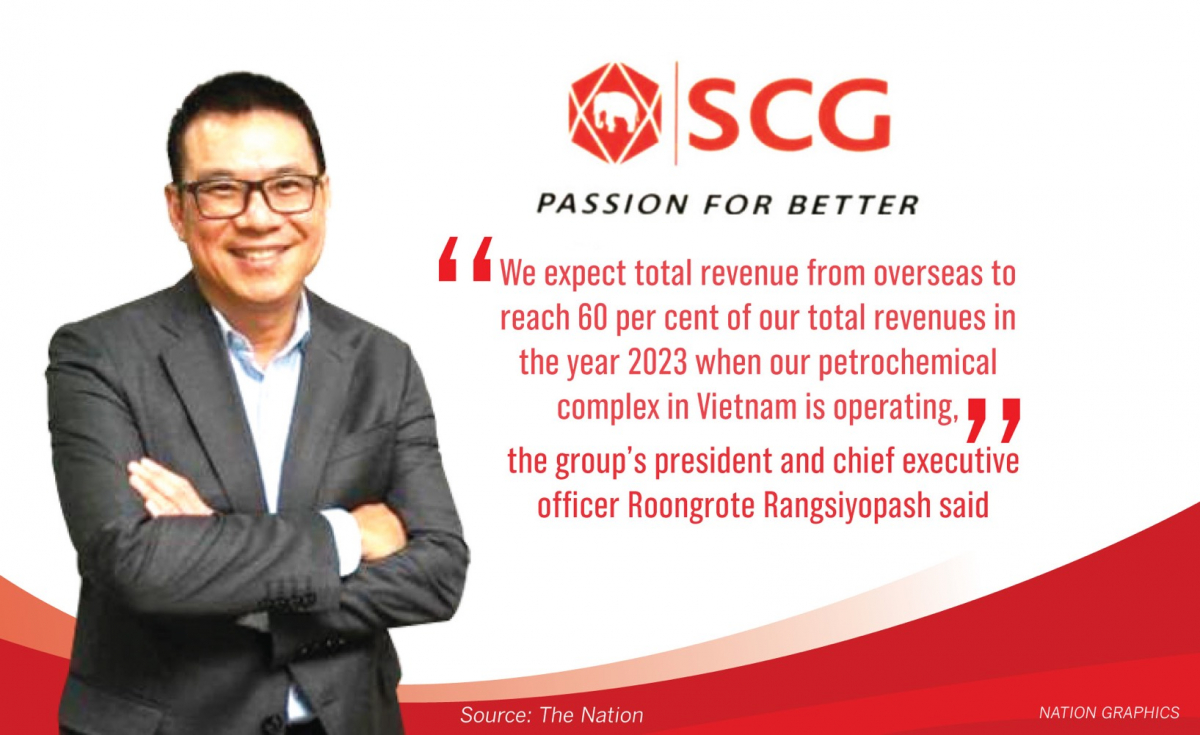 This year the group set aside an investment budget Bt60 billion,  up to 70 per cent of the total invested in Asean countries - including Vietnam, Indonesia, and the Philippines – under a focus on the petrochemical, packaging, and construction raw materials sectors.

Roongrote said that the group has been expanding into investments in Asean in recognition of  the business opportunities in the region, as a means to achieve sustainable growth over the  long term.

National oil and gas conglomerate PTT Plc and its subsidiary are among other Thai companies that have been busy increasing their investments in Asean. The group has an investment budget of Bt450 billion for this year. Of this amount, Bt60 billion is going into the drilling of existing oil and gas blocks in Thailand, Myanmar, Malaysia, and Australia by its subsidiary PTT Exploration and Production Plc or PTTEP, the group’s president and chief executive officer Chansin Treenuchagron said recently.

Central Group, Thailand’s largest retail conglomerate, is particularly keen on Vietnam under an investment budget of Bt66.5 billion for 2018 to 2022.

“We see business opportunities in Vietnam, with gross domestic products growth in the double digits each year and a population of over 93 million. They also have purchasing power to buy and spend,” the group’s chief executive officer Tos Chirativat said recently.

Central Pattana Plc, a property arm of Central Group, has been expanding into Malaysia by open its first shopping centre in the country, at i-City in Shah Alam. It devoted an  investment budget of Bt8.5 billion to the project last year and the centre began operating in June this year.

She added that the group is particularly bullish on Asean because of the attractive business  opportunities there. Both Malaysia and Vietnam have strong economic growth and also have a growing middle class with increasing purchasing power. 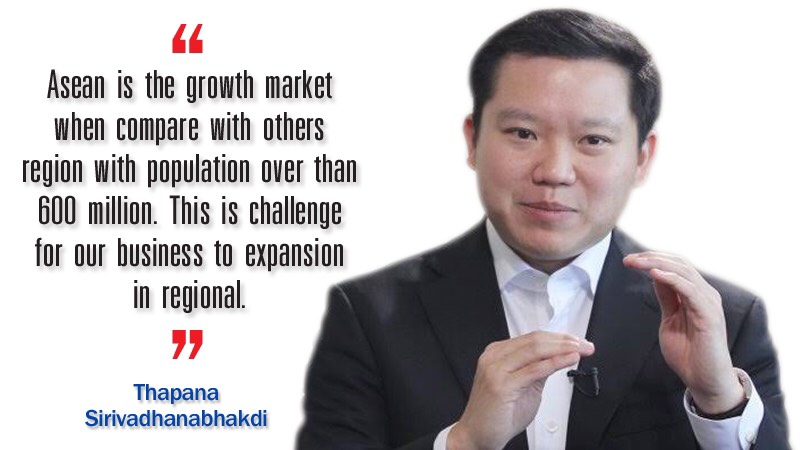 Thailand’s beverage giant, Thai Beverage, spent S$2.8 billion  to take a  major stake in Singapore-based beverage and property firm Fraser & Neave (F&N) in  2012. The group spent more than Bt155 billion to take over a beverage firm in Vietnam, Sabaco, which  produces Saigon Beer - a leading beer brand there – in  2018. Elsewhere, it took a stake of  over 75 per cent in Grand Royal Group in Myanmar, which has a market-leading product in  Grand Royal Whisky in that country.

“Asean is a growth market when compared with other regions and has a population of over 600 million,” Thai Beverage Plc’s president and chief executive officer Thapana Sirivadhanabhakdi said recently. “The  market also has more young people with purchasing power. Most of the investors from others countries,  such as China, the US and Europe, are  expanding their investments in this region. Thailand is a member of Asean, and this presents an opportunity for our  business to expand in the Asean region.”

It’s not only Thai conglomerates that have been splashing out in Asean countries, small and medium-sized enterprises (SMEs) and startup business are also on the move in neighbouring countries. They often collaborate with local investors to set up joint venture firms to do business in the region.

An example is Thailand-based decoration design firm Kingsmen CMTI Plc, which has stepped up its services in Myanmar and Cambodia, amid business expansion by both Thai and foreign investors in the two countries.

Thailand-based omnichannel fashion startup firm Pamelo opened its first overseas flagship branch in Singapore in June, and plans to open up to 150 branches by  2023. Now, it has eight branches. It aims to serve at least 50 million customers in the region, the company’s co-founder and chief executive officer David Jou said.

Vietnamese Prime Minister Nguyen Xuan Phuc said at the Asean Summit in Bangkok last month that the Vietnam was continuing to work on creating favourable conditions for foreign companies to do business in the country by focusing on projects that apply modern and environmentally friendly technologies. 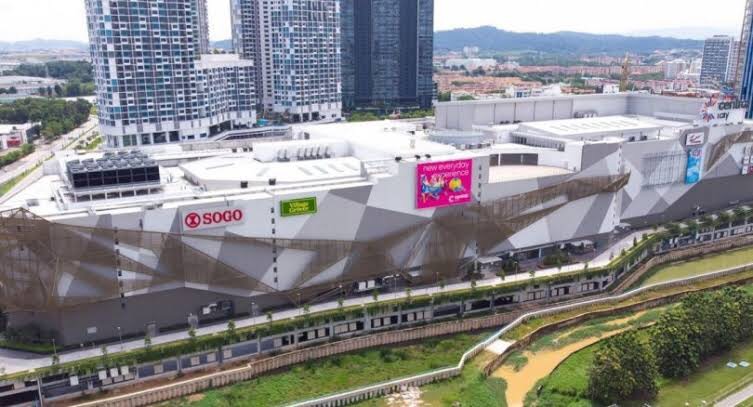 Many foreign investors have been moving into Vietnam following Hanoi’s easing of rules in order to boost foreign direct investment, he said.

According to Viet Nam News reports, foreign direct investment in Vietnam fell to US$18.47 billion in the first half of this year, down 9.2 per cent year on year. Experts say the decline is due mainly to a number of large projects that received licences in June last year.

Vietnam also revised its laws in 2016 allowing foreigners to extend their property ownership after their 50-year ownership period expires under the Housing Law. They can gain an additional 50 years, according to Viet Nam News.

Laos is offering a number of non-tax incentives as part of efforts to promote foreign direct investments in the country, according to Vientiane Times reports.

The Ministry of Planning and Investment updated its non-tax investment incentives recently, aiming to woo foreign businesses to the country. Details of the incentives are being posted on its official website.

According to the ministry, one of the non-tax incentives offered to foreign investors is permission to bring in foreign nationals to undertake investment feasibility studies in the country.

In addition, the Lao government will allow foreign firms to bring in foreign technicians, experts and managers if qualified Lao nationals are not available to work on investment projects. This is to ensure that the projects will be able to access skilled workers.

Laos also is allowing foreign investors to lease land for up to 20 years from a Lao national and up to 50 years from the government. 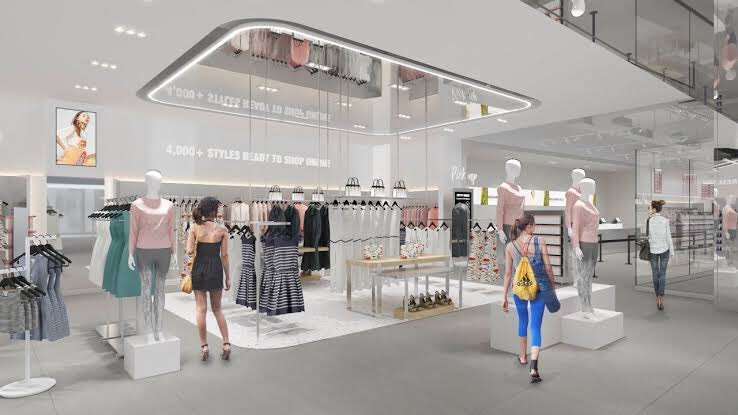 Singapore and Malaysia lead the way in Asean in terms of opening up opportunities for foreign investors, with maximum 99-year leases, which are far longer than any offered by other member states.

Cambodia, Myanmar and the Philippines are also offering 50-year leasehold periods to foreign investors, while Laos and Indonesia have 30-year leaseholds on land for foreigners, according to a report by property agency CB Richard Ellis (Thailand).

“The relaxation in the rules for foreign direct investment by all the Asean governments is opening up business opportunities for foreign investors, including those from Thailand, to expand their  investments at a time when region’s economy is enjoying strong growth compared that of other regions,” an expert said.