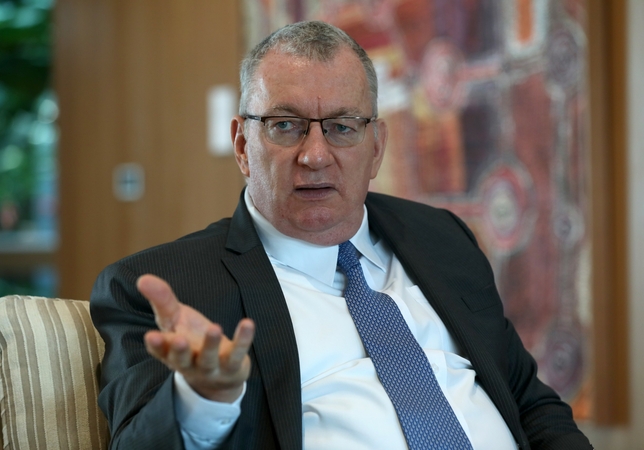 In potentially bad news for Thailand’s wine drinkers, tax rules are being tightened even as Australia complains of a high excise rate on wine. 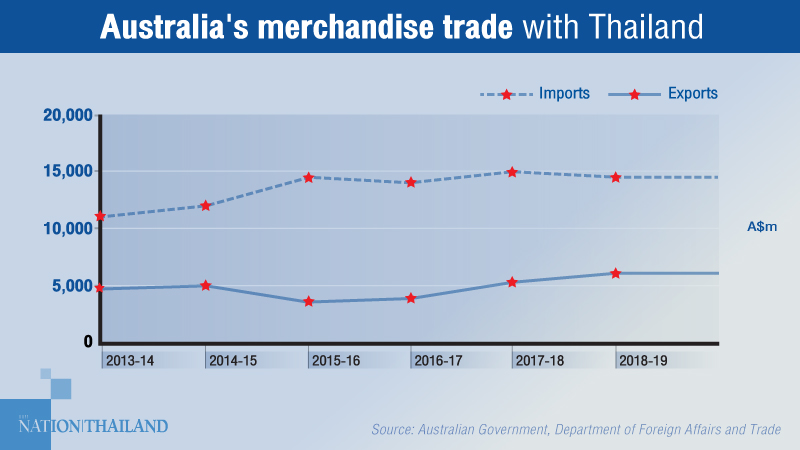 Australia’s ambassador to Thailand Allan McKinnon said despite Covid-19, his country remains optimistic on trade and investment with Thailand thanks to agreements in place.

Although Australia is the world’s leading food exporter, Thailand enjoys a food trade surplus with Australia, he told the Nation Group during an exclusive interview.

He also credited the Thai-Australian free trade agreement and the recently signed Regional Comprehensive Economic Partnership (RCEP) with boosting trade and investment between the two countries. Zero or low tariffs on Australian products had made many Aussie food products available on Thais’ doorsteps, he added.

However, McKinnon complained about Thailand’s high excise tax rate that sees a bottle of wine worth US$10 in Australia selling at three to four times that price here.

Australia’s total wine exports grew 4 per cent last year to over US$2.14 billion, but now face pressure from a brewing trade war with China.

Thailand imposes excise tax on both domestic and foreign producers. But high excise tax singles out wine over other alcoholic drinks, said the ambassador.

The Thai Excise Department says it imposes zero excise on wine priced less than Bt1,000 per bottle – but Bt1,500 per litre of alcohol it contains. If the retail price is higher than Bt1,000, the rate rises from zero to 10 per cent.

Excise on beer is 22 per cent rate, plus Bt430 per litre of alcohol.

White liquor carries a tariff of just 2 per cent, plus a meagre Bt155 per litre of alcohol.

In a separate interview, Lavaron Sangsnit, director general of the Excise Department, told the Nation his department is reviewing tax collection on wine.

“We think we could collect more tax revenue on wine, but importers declare their prices much lower than they should, which results in lower tax collection,” he said.

Thailand currently collects about Bt1 billion in tax on wine per year, but the potential tax revenue is much higher, he said.

Lavaron said the department will create a database of wine prices so that their real market value could be checked if the price declared is unusually low.

Wine prices are complicated by the number of brands available (over 10,000) and the quality of grapes from one harvest to the next, he said.

“The department may take four to five months to build the price database, then look at appropriate tax rates later,” he said.

He also revealed the tax rate on white liquor is under debate.

In force since 2017, alcohol taxes are meant in part to protect health by increasing the rate according to alcohol content. However, high-alcohol white liquor is subject to a low tax rate.

Questioned about the liquor rate, Lavaron said his department will look at tax on wine first before moving on to other items.

Ambassador McKinnon expects trade and investment with Thailand to grow rapidly in years to come.

Australian government figures show its exports to Thailand were worth A$6.2 billion (Bt143.5 billion) against imports of A$14.6 billion in fiscal 2018-2019, resulting in a large trade deficit with Thailand.

However, Australia’s exports to Thailand rose 15.6 per cent year on year while imports from Thailand dropped 2.9 per cent.

McKinnon expects the new US administration of President Joe Biden will be fully engaged in the Southeast Asia region. The US is expected to take a strong role in Mekong development and also security and stability in the South China Sea, he said.

He also predicts the US government will restore the multilateral trade system under the World Trade Organisation (WTO) after Donald Trump’s administration blocked the appointment of judges on the WTO’s dispute settlement body.

On the brewing trade war with China, he said Canberra was open to talks but Beijing had not reciprocated, so Australia had taken the issues to the WTO.