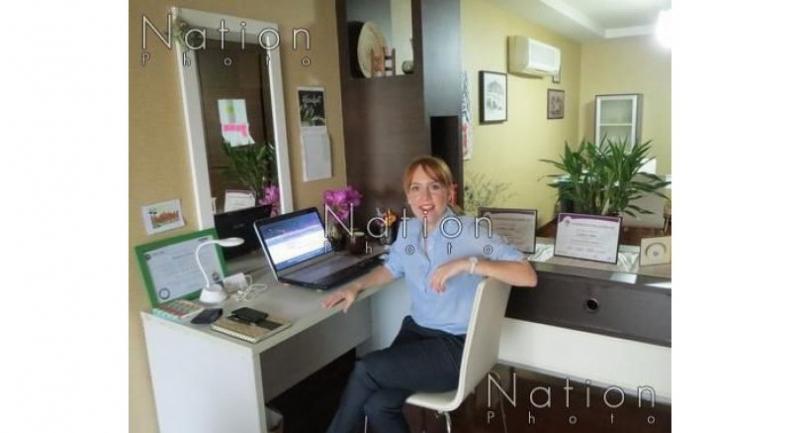 Green buildings pay out in more than just

The company, which she set up in 2014, provides design consultancy and technical analysis to assist local and international project teams and companies in designing green buildings.
Le Bihan said most people have an exaggerated idea of the premium costs associated with green buildings compared to conventional sites. Perceptions, which range from an additional 20 per cent to 100 per cent increased costs, are very far from the reality.
According to the United Nations (and the World Green Building Council), the average additional construction cost for a Leadership in Energy and Environmental Design (LEED) certified building is less than 2 per cent, she said.
LEED is a rating system devised by the United States Green Building Council (USGBC) to evaluate the environmental performance of a building.
“In addition, green buildings translate into added value as they benefit from a minimum 21 per cent lower operational costs, enjoy a 7 per cent increased asset value, 30 per cent higher occupancy rate, see their ROI [return of investment] jump to 14 per cent and in Asia, are paid back for in less than seven years,” detailed Le Bihan.
“Stating costs as a no-go argument is clearly an uninformed decision and a missed opportunity,” she said. “With buildings potentially holding a lifespan of at least 25 years, real estate investors and corporations are seeing a clear correlation between decreased operational costs, improved efficiency, users’ satisfaction and asset value and are subsequently vouching for green buildings as a sound investment strategy.”
“The green buildings are a win-win for all stakeholders and across the supply chain, from the investor, to the building owner, to the building manager, to the users,” she said.
“And at a country level, they drive sustainable economic growth by opening new and valuable market segments for green tech, energy services, eco-friendly products, in line with Thailand 4.0 aspirations for ‘Smart’ cities," she added.
And there is a definite green building trend in Thailand.
The nation saw its first green building in 2007 – the LEED certified multinational carpet manufacturer InterfaceFLOR building located in Chonburi.
Since then, green buildings have been multiplying at a 54 per cent annual growth rate and now reach more than 5 million square metres nationwide, according to SCB’s Economic Intelligence Centre.
Although the adoption of green buildings worldwide is increasing, their popularity is far from universal and their proportion of new construction still too low to effectively temper the worsening trend of climate change, she added.
Misconceptions about higher upfront costs, the lack of awareness of direct and indirect benefits, and the lack of enforced regulations is slowing developer’s embrace of green buildings, Le Bihan said.
“Market demand alone is insufficient to create a shift from a brown to a green economic model. It needs to be followed through by the government, public and private sectors and addressed by educational programmes for significant change to break through current barriers”, she said.
“We need, however, for the government and industry to meet building stakeholders half way and offer incentives, either in the form of compensation such as tax rebates, preferred interest rates, or funding schemes or in the form of technical support. And we need to require stronger building codes and environmental regulations that reflect higher performance standards.”
Europe is taking the lead on green building.
“Asia is getting there at a relatively slower pace,” said Le Bihan. “If you look at green hotels for example, the density of green buildings in Asia remains the smallest in the world with only 0.9 per cent. Disparity arises regionally, though. Singapore is keen to lead the green building movement in the tropics, and has in the space of a decade increased their number by a hundred times. As a result, about a third of all of its buildings are certified green buildings.”
Thailand could have a front seat in a green and “smart” future, she acknowledged.
“But in order to, Thailand needs to develop a long-term vision backed by long-term investment strategies.”
In Thailand, office buildings dominate the green building sphere with a 40 per cent market share of all green buildings. They are followed closely by the retail, hotel and industrial sectors, which have understood the marketing and business value of eco-friendly buildings. The real-estate sector, for both condominiums and houses, is eager to gain a competitive advantage and is slowly catching up with the movement.
“Most green buildings are located in Bangkok but we are seeing an uptake in industrial parks in Rayong, in residential compounds in southeastern and northern provinces, as well as hotels from Chiang Mai to Phuket,” Le Bihan said.
“The hospitality and tourism sector, looking for a competitive advantage and responding to guests’ expectations, is greening their hotels at a building and operational level. At an individual level, people are picking up the facts and are increasingly demanding healthy safe homes to live, efficient offices to work and stimulating schools for their children to learn,” said Le Bihan.
Green Building Consulting & Engineering has been appointed consultant to work on the concept of Mongolia’s new Olympic Leisure Centre featuring a FIFA standard stadium, ice rink, swimming pool, and multifunctional gym as well as office, hotel and retail blocks.
The company has also been active in healthcare projects by participating in a design competition for a well-known healthcare facility in Bangkok.
They have been working closely with a wellness and hospitality consultant to develop a sustainability programme for wellness destination hotels in Asia. “Our collaboration has brought us to optimise the building performance and enhance the users’ comfort of hotel projects in China and Indonesia,” Le Bihan said.
In addition to work on green buildings, the company is developing new services and products across business segments such as organising green events, industry specific seminars, sustainability dedicated platforms, and the developing green products.