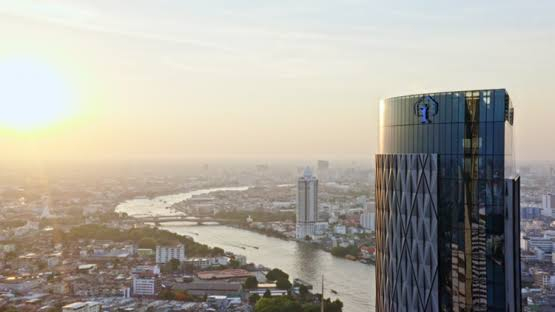 The Thai Baht’s appreciation against the US Dollar and Chinese Yuan is having a direct impact on condominium projects in Bangkok, as the sale of condos to foreign investors especially from Hong Kong and the China mainland market, once almost as high as 40 per cent, has drastically dropped, property experts say.

According to a survey by Lumpini Wisdom, a research firm under LPN Development, the number of condominiums ready for sale to Chinese investors in 2018 totalled 5,000 units in Bangkok and its suburbs worth a total of some Bt25 billion. All are to be transferred to their customers this year and next.

“The demand from Chinese customers to buy residential properties has dropped since early this year, when the Chinese government decided to restrict capital outflow from the country. It aims to reduce investment from its citizens in other countries to not over US$50,000, or about Bt1.5 million, as China’s economy continues to face the negative impacts from the trade war with the US,” LPN Development’s chief executive officer and managing director Opas Sripayak told The Nation recently

This directly impacts the condominium market, which recorded demand of more than 20 per cent from Chinese investors from 2017 till now, he added.

The baht’s appreciation of 7.2 per cent against the Yuan and the Yuan’s recent slide are likely to affect investors’ decisions to buy condominiums in Thailand as it means they are having to pay 7 per cent more.

Meanwhile, Chinese investors who have already bought residences and are waiting for the transfer of the units could change their minds and reject the transfer. This would have a direct impact on the property market in the rest of this year, Opas said.

Following strong demand for condominium projects in the past year, which set national records for both sales value and the number of units, market demand this year is likely to slow due to the measures imposed by both the Bank of Thailand and the Chinese government to control capital outflow and the depreciation of the Yuan due to lower domestic growth.

Thai Condominium Association’s president Apa Atthaboonwong said the Yuan’s slide on forex markets would affect customers who have booked condominium projects due for transfer this year as they will have to pay more.

In addition to the Baht’s appreciation against the Yuan, the additional tariffs placed on goods by the US due to come into effect on September 1 will also impact the demand for purchasing residential units by Chinese customers.

“Since 2017, Chinese buyers have represented up to 40 per cent of the sale of new projects but this year that has dropped to less than five per cent,” she said.

The Thai property market has also been affected by the Bank of Thailand restriction on loan to value mortgages that now only allows for 90 per cent loans for a first home, 80 per cent for a second home, and 70 per cent for a third home.