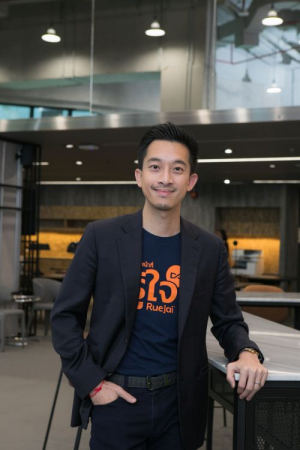 Listed property firm SC Asset Corporation Plc has plans to launch 10 new residential projects worth Bt13.3 billion in the rest of this year, while it maintains its revenue to meet a Bt19-billion target by year end.

On Wednesday, SC announced total revenue of Bt3.49 billion and Bt282 million in net profit for the second quarter of this year, down 10.51 per cent and 37.33 per cent respectively from the same period of last year.

To maintain its revenue growth, the company plans to develop seven hotels from 2019 to 2021 with a Bt3 billion investment budget. In those three years, it aims to boost its recurring income to achieve 25 per cent net profit, the company’s chief executive officer Nuttaphong Kunakornwong said on Wednesday.

He added that the company is confident of achieving sales of Bt19 billion as targeted for 2019, up more than 20 per cent.

The eight projects are located in diverse locations, namely Rama V, Rangsit, Seri Thai and Bang Na, to cater to the consumer demand for low-rise projects which remains strong in every location and at every price level.

In addition, SC plans to launch two high-rise projects worth a combined Bt6 billion, including the Crest Park Residences only 250 metres from Lat Phrao Intersection BTS station worth Bt3.5 billion. This project is developed by SC NNR1 Co Ltd, a joint venture between SC and Nishitetsu Group, a Kyushu, Japan-based multi-industry giant with strong expertise in real estate and transportation business. The second project is Scope Thonglor, worth Bt2.5 billion to be developed by Scope Tower Co Ltd.

Backlog projects waiting for transfer amounted to Bt10.6 billion, 57 per cent of which the company expects will realise income this year. They include both low-rises and high-rises.

“SC has planned to increase the portion of recurring income in our portfolio to ensure sustainable growth in the future,” said Nuttaphong. “SC has set the budget of Bt3 billion for new business, namely, the development of mid-to-upscale hotels in Bangkok and seven tourist destination cities in three years (2019-2021) to raise the portion of net profit from recurring income to over one-fourth or 25 per cent of the total.”

SC’s performance in the first half of 2019 saw gross revenue totalling Bt6.698 trillion, 93 per cent of which came from sales of property projects and 6 per cent from renting and service income. The developer’s income from sales of property projects totalled Bt6.236 billion, including Bt5.202 billion from low-rises, up 16 per cent year on year, and Bt1.034 billion baht from high-rises. Its net profit amounted to Bt598 million on total sales of Bt7.023 billion.