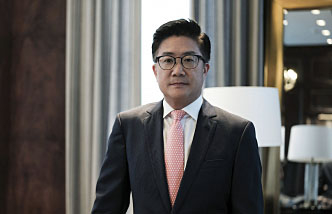 Listed property firm Sansiri Plc has announced Bt4.28 billion in total revenue for the second quarter of this year, a 23 per cent drop from its Bt5.54 billion total for the same period of last year.

The plunge reflects a 40-per-cent drop in sales in the second quarter, according to the company’s reports to the Stock Exchange of Thailand (SET) on Thursday.

The company’s net profit was reported at Bt285 million for the year’s second quarter, a 26.35 per cent drop from the Bt387 million in the same period of last year.

However, Sansiri is showing first-half total revenue of Bt10.92 billion, up one per cent from total revenue Bt10.77 billion for the period in 2018, Net profit is reported at Bt690 million in the first half of this year, a 0.43 per cent drop from 2018’s net profit of Bt693 million for the same period.

The company’s chief operating officer Wanchak Buranasiri said in press release on Thursday that the company has continued to maintain sales transfers, as it works to a Bt32 billion target for this year end. Although its total revenue in the first half was lower than its early estimation, plans remain to launch 16 new residential projects worth Bt24 billion in the rest of 2019.

Currently, the company has a presale backlog worth Bt47 billion that it will be booking as its revenue in this year until 2021.