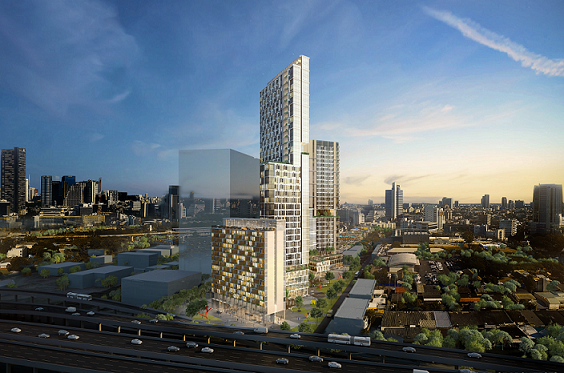 The announcement marks the first time IHG has completed a franchise agreement in Thailand, as they expand their relationship with long-term partner Kew Green, a franchisee of more than 40 hotels in the UK.

Kew Green has undertaken a joint venture with real estate developer Siamese Asset to bring the landmark deal to fruition.

“This project is the first of its type for IHG in Thailand and made possible by working with Siamese and Kew Green, who bring together the expertise of one of our long-term partners, Kew Green, and local real estate experts, Siamese Asset," said Serena Lim, vice president of development for IHG, Southeast Asia and South Korea.

This signing demonstrates the continued growth of the Crowne Plaza brand in Thailand, having announced the signing of Crowne Plaza Bangkok Grand Sukhumvit last month, expanding the brand’s footprint to three hotels in the capital. IHG said it is continuing to seek further expansion for the brand across the country as the upscale segment continues to grow.

Kajonsit Singsansern, CEO of Siamese Asset, added that to ensure smooth progress, Kew Green will be setting up local infrastructure in Bangkok, which will be supported by its UK operation who are familiar with working with IHG’s systems and brand standards.

Crowne Plaza Bangkok Rama 9 will be positioned in a mixed-use development – Siamese Rama 9 – which features high-end apartments, office space and a mall. It is located 25 kilometres from Suvarnabhumi Airport and 22km from Don Mueang Airport.