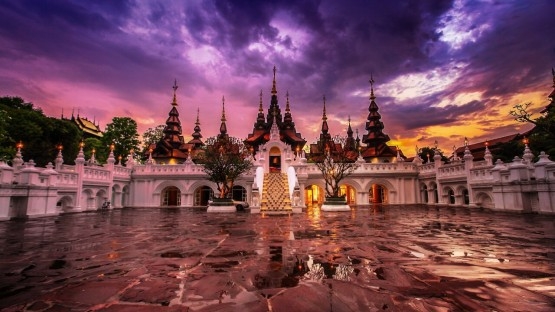 The government is wooing investors to take over Dhara Dhevi Hotel Chiang Mai by setting a low reserve price for the auction.

The Legal Execution Department will open the auction for the property next month at a price of Bt2.116 billion.

The Court of Appeal had earlier dismissed a petition for rehabilitation of the hotel, as a result the hotel has to go into bankruptcy.

Recently, it was reported that the department had announced the auction of Dhara Dhevi Hotel on February 18, at the Chiang Mai Legal Execution Office, with a starting bid of only Bt2.116 billion. The overall price would be less than half what Inter Far East Energy Corporation Pcl had paid in 2015 for the acquisition, which involved the final price of Bt2.52 billion but exceeded Bt4.3 billion when outstanding debt was taken into account.

Spread over an area of ​​approximately 153 rai (24.48 hectares), with 123 rooms, it is located in the middle of Muang Chiang Mai district.

The hotel completely shut down on November 18, 2020, after business was hit badly due to the Covid-19 outbreak.