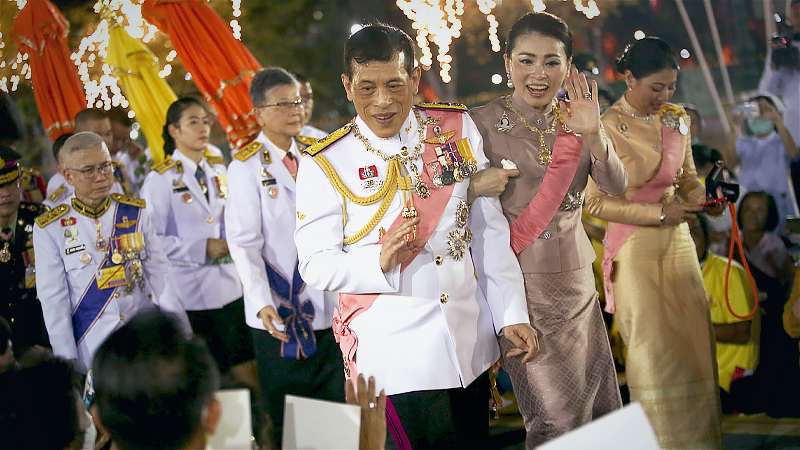 Their Majesties King Maha Vajiralongkorn and Queen Suthida, and other members of the Royal Family met royalists who were waiting for them on a street, after the royals paid their respects to King Rama V on Chulalongkorn Day. 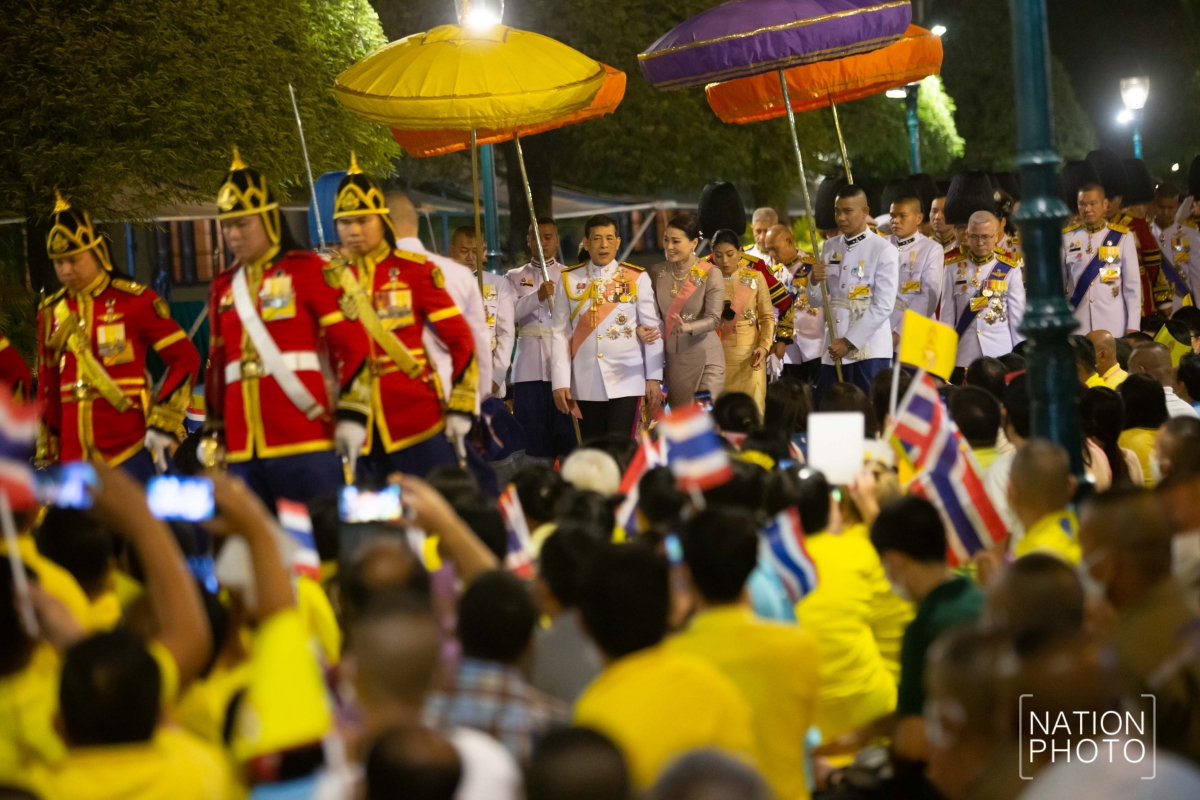 On Friday, Their Majesties marked the death anniversary of King Rama V by laying a wreath at the iconic king’s statue in the Royal Plaza. They then participated in a merit-making ceremony at the Amarin Winitchai Throne Hall.

The route they took to meet the royalists was from the Royal Palace, through Rajdamnoen Road, to the Supreme Court.

Among the royalists was a man who had held up a picture of King Rama IX during the pro-democracy rally in Bangkok on Tuesday. The man was reportedly greeted personally by the King and Queen. 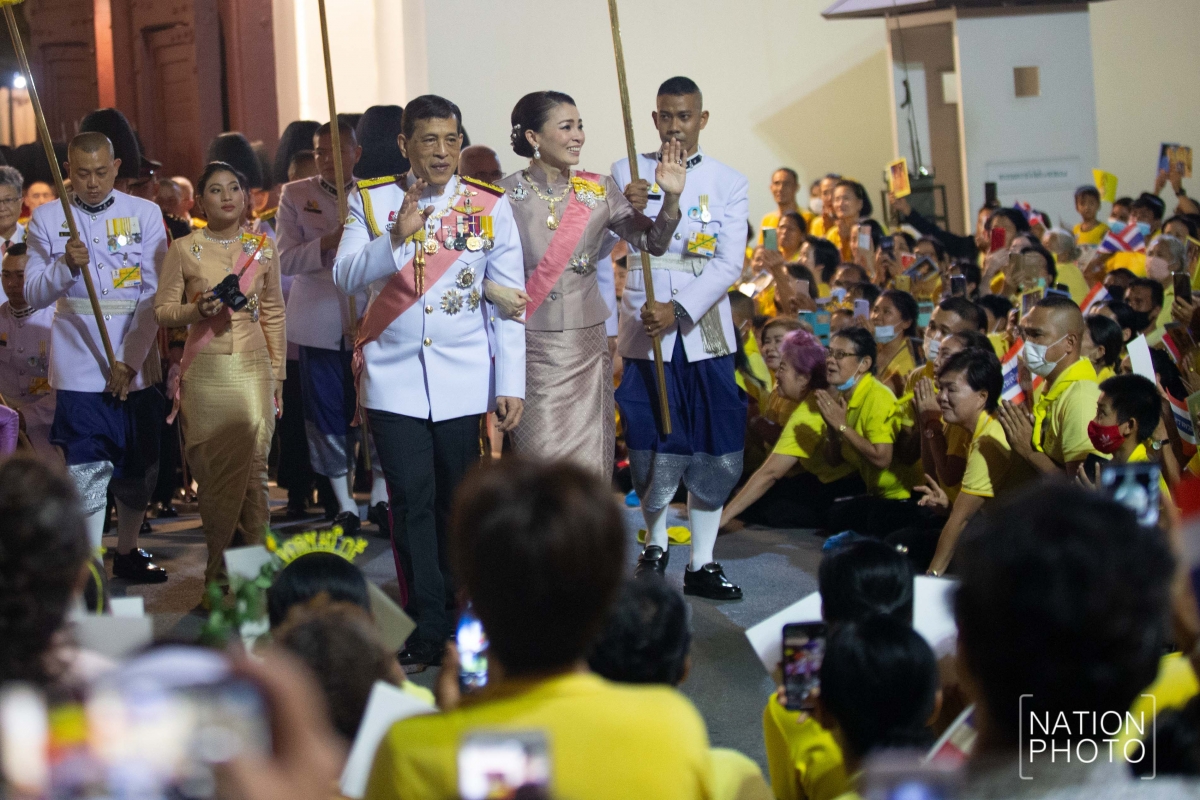