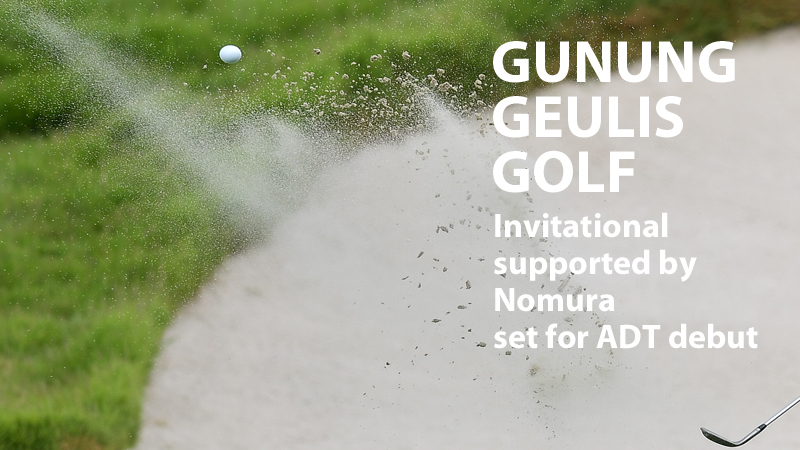 The inaugural Gunung Geulis Golf Invitational Supported by Nomura will make its debut on the Asian Development Tour (ADT) when the US$75,000 events gets underway from July 30 to August 2 (Tuesday -Friday).

The newest ADT event is the Tour’s second stop in Indonesia this season and will provide the region’s emerging stars with another playing opportunity at the highly-rated Gunung Geulis Golf and Country Club, located in Bogor, about 50 kilometres from the national capital of Jakarta.

The Gunung Geulis Golf and Country will also be hosting an ADT event for the third time since it first opened in 1992.

Danny Masrin, the highest-ranked Indonesian, is expected to spearhead the local charge alongside one-time ADT winner George Gandranata, who holds the honour of being the first Indonesian to win on the ADT in 2016.

An international field consisting of 144 players from close to 20 countries will likely feature at the East course at the Gunung Geulis Golf Invitational.

The ADT, which offers Official World Golf Ranking (OWGR) points, has already unearthed several promising talents and winners this season including a 17-year old Korean, Joohyung Kim and Thai sensation Sadom Kaewkanjana, who went on to become the fastest Qualifying School graduate to win on the Asian Tour in April.

Cho Minn Thant, Commissioner and CEO of the Asian Tour, welcomed the addition of the Gunung Geulis Golf Invitational on the ADT, saying it will positively impact the professional golf scene across Indonesia and Asia.

“On behalf of the ADT, I would also like to thank OB Golf and the Gunung Geulis Golf Invitational for their strong commitment and support. I believe we can provide the platform for Indonesian golf to grow and develop through the staging of this event.

“The golf landscape in Indonesia is certainly very vibrant and promising and we are looking forward to seeing more young and exciting talents bursting into the scene through this new event,” said Cho.

The leading seven players on the final ADT Order of Merit will earn playing rights on the premier Asian Tour for the 2020 season and the winner of the Gunung Geulis Golf Invitational will take home a prize purse of US$13,125.