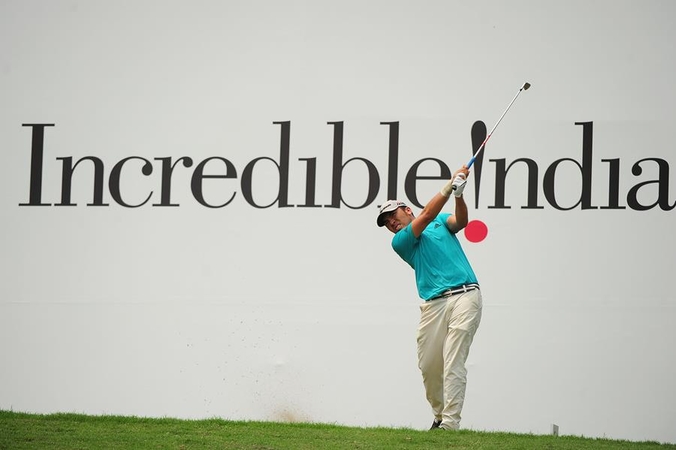 Gurgaon, India - Indonesia’s Rory Hie found that much-needed form to stake his place atop the leaderboard after opening with an eight-under-par 64 at the Classic Golf and Country Club International Championship on Thursday.

The 31-year-old Indonesian has never found himself in contention of late but a return to the Classic Golf and Country Club after almost a decade has rekindled happy memories when his last visit in 2009 ended with a top-10 finish.

It was at the same event that witnessed a slice of history when Thailand’s Chapchai Nirat recorded the world’s lowest 72-hole score with a 32-under-par to win the third of his four Asian Tour titles then.

A two-week break from competitive golf where he worked closely with his mental coach also paid off for Thailand’s Sattaya Supupramai as he returned with a 66 to trail Hie by two shots together with compatriots Kwanchai Tannin and Suradit Yongcharoenchai in tied-second place at the inaugural Asian Tour event.

Indian rookie Aadil Bedi took advantage of his course familiarity by signing for a 67 to end his day in share of fifth place with countryman Aman Raj and Sweden’s Andreas Gronkvist.

New Zealand’s Gareth Paddison meanwhile came close to tying the Asian Tour record for the lowest nine-hole score when he blitzed his front-nine with a 29.

However, he could not maintain that momentum after a triple-bogey seven on the par-four first followed by a closing birdie on nine saw him finish the round with a 69, five shots back of Hie in tied-18th place.