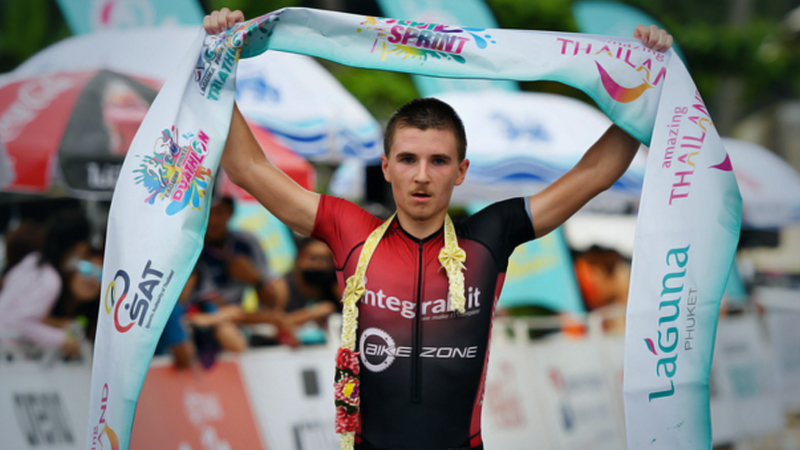 Phuket - After three tricky courses, Krysztof Hadas of Poland outlasted his opponents while Jaray Jeeranai and Vansa Chatikavanij made history fir Thais in the 27th Laguna Phuket Triathlon on Sunday.

The 24-year-old Pole, who has been training in Thailand since March due to the Covid-19 pandemic, made amends for his third-place finish last year to celebrate his maiden win in the Phuket event with a timing of 2:28:24 hours.

“It was hard at the end, as it was getting warmer and warmer. I had to motivate myself as I was leading in the bike and the run. Finally, I made my dream come true,” said the marathoner, following his back-to-back wins on the island. He had won the Phuket-Ton event last week.

“I took the lead during the bike race. I fought hard on the uphill, but I have strong legs. At that point I knew I was going to win. I just tried not to make any mistakes that would cost me a good position,” added Hadas. 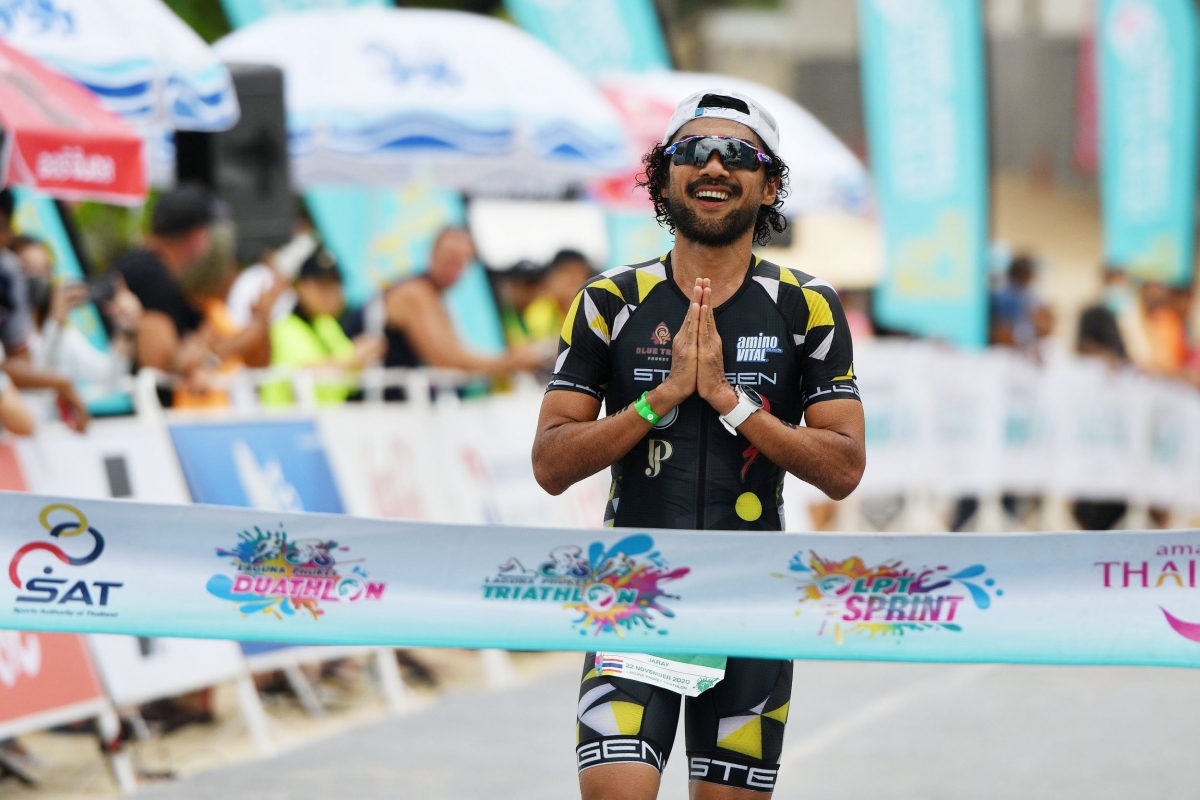 Coming in second was Phuket resident Jaray, who produced his best attempt in the tournament with a total time of 2:37:35 hours. He is the first Thai to finish second in the overall category, and secured the overall Thai title for the 10 successive time.

“I tried my best to catch up with Hadas, but he is too good in the running course,” said the 40-year-old, who wears Afro hair. “However, this is undoubtedly one of the highlights of my career. My coach and I have been working hard for years and the hard work finally paid off,” added Jaray, who has his eyes firmly fixed on winning the overall title in the future.

“Winning the overall title is definitely one of my goals from now on. But that won’t come without a cost, as I have to keep working hard to fulfil this wish,” Jaray said.

Vansa Chatikavanij brought more good news for local athletes when she came in second in the women’s overall with a time of 3:17:18. She became the first Thai to finish second in this event.

“It was like a competition among friends as many of us were training together in Bangkok,” said Vansa, who returned to the tournament in four years after a long leg-injury break.

“I felt comfortable with the swimming course, as I was a former swimmer. But the running was a bit tough for me,” she added.

Inge Prasetyo of Indonesia won the women’s title by clocking 3:08:19.

“It was a good day, as it was normally warm. It was a cloudy day, which was a perfect condition for everyone. I had a bit of the advantage as I have been training here in Phuket, so I am used to the conditions and I know the trails,” said the Indonesian.

American heavy-favourite Lindsay Nickel had to retire from the race not far from the finish line due to sickness. 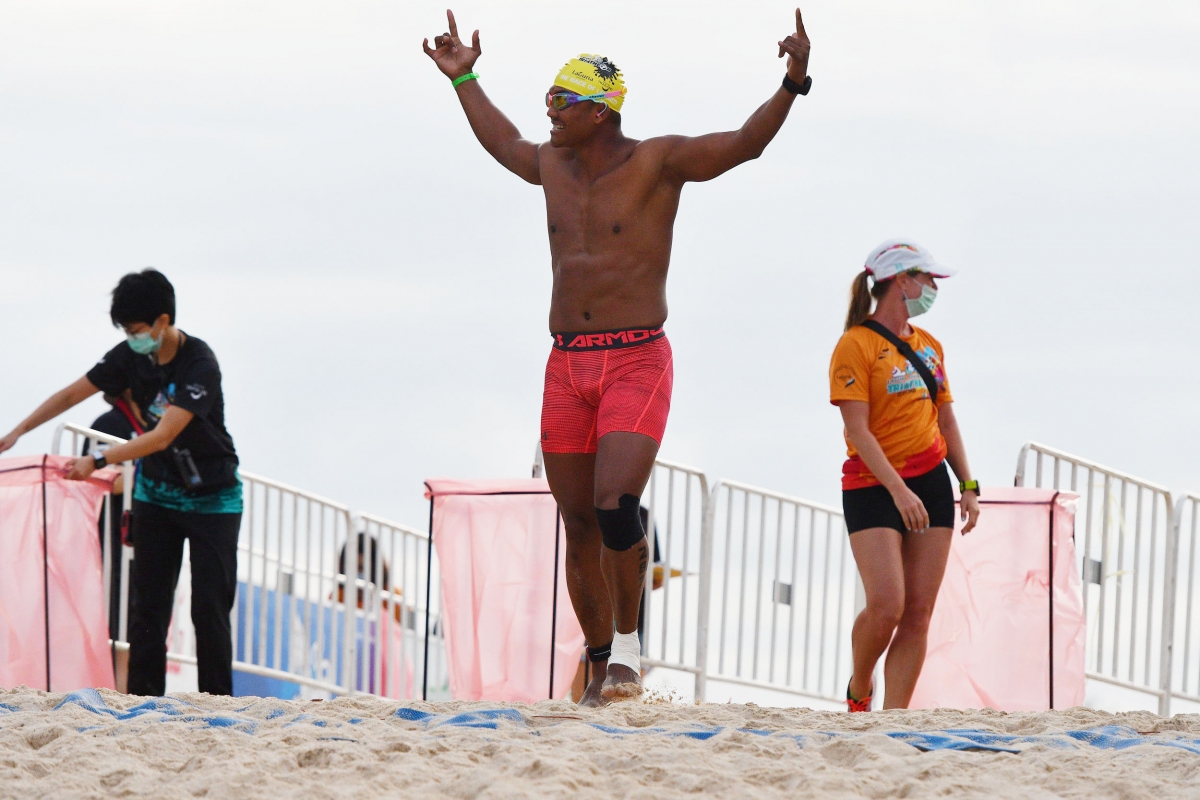 The triathlon tournament is an annual event that has attracted celebrity stars every year. This year's big names included former K-1 world max champion Buakaw Banchamek who made his tournament debut but ended up disappointed.

“My bike broke down, so I had to leave the competition prematurely. I borrowed a bike from my friend but I was not familiar with it. It was an amazing experience, as I had never swam in the sea like this. I hope to come back and do better next year,” he said.