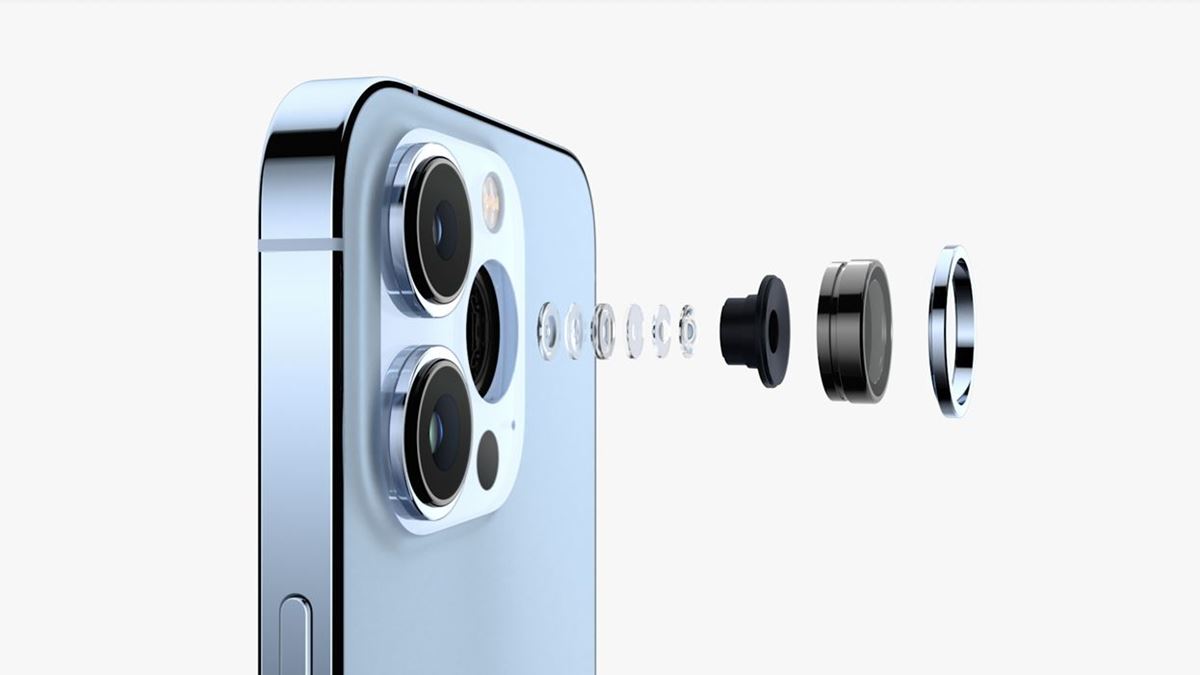 Apple chose style over substance on Tuesday, when it announced a lineup of surprise-free upgrades that didnt quite live up to the high video production of its pre-recorded stream.

The star, if there was one, was a slate of camera improvements for its new iPhone 13 lineup, as well as something far less visible people have been clamoring for: a bigger smartphone battery.

The iPhone announcement was one of a handful of incremental updates the company made to its most popular mobile products. In addition to the new iPhone 13 devices, Apple showcased a new Apple Watch Series 7 that sports a larger screen but familiar features and a pair of new iPads, including a long-awaited update for the iPad mini.

Though Apple's stock was down slightly Tuesday, the company's strategy of offering only incremental improvements to its devices has paid off in recent quarters. Apple CEO Tim Cook said during the event that iPad sales were up 40% this year and in its most recent securities filing, Apple reported 50% year-over-year growth in iPhone sales. While Apple's device features stay the same, its stock valuation - now at $2.45 trillion - continues to go up.

After a temporary slump in sales last summer due to the pandemic, Apple's business has been reinvigorated, with $66 billion in iPhone sales during the holiday quarter, up nearly $10 billion from the previous year.

Keeping it simple may also prove to be a good strategy in a year plagued by a semiconductor shortage and supply chain disruptions that have left retailers in short supply in many product categories including consumer electronics. According to market research firm Strategy Analytics, Apple has sold 78 million phones that carry the iPhone 12 name this year. To produce that many devices, every tiny change Apple makes to its devices becomes a heavy lift for its suppliers.

Apple also had little to say about its services offerings. Despite lengthy presentations touting already-announced subscription products like Apple TV+ and Apple Fitness+, the company's services strategy is working. It earned $17.5 billion this past quarter from all of its digital fees, including commission on mobile game transactions and iCloud Photos storage. Just four years ago, Apple brought in only $7.3 billion in quarterly revenue for that category.

"As an Apple customer, you have to accept that most features other than, say, the camera are going to be lagging edge," said Patrick Moorhead, an analyst at Moor Insights & Strategy. He said cameras offered by Samsung and Huawei are better than those on the iPhone. "There's not a big enough reason to change over."

Arguably, the highlight of Apple's September event was a slew of new smartphones: the iPhone 13, 13 mini, 13 Pro, and 13 Pro Max, all with changes that were more routine than revolutionary.

Consider the $699 iPhone 13 mini and $799 iPhone 13. Compared to last year, both phones pack slightly brighter screens, so they'll be easier to see under harsh sunlight. Their notches - the big, dark camera cutouts at the top of iPhone screens - are about 20% smaller. The pair of cameras on both phones' backs should take slightly better photos in low light. And both models sport Apple's latest, high-powered processor for improved performance, though you would probably be hard-pressed to see a difference if you already bought last year's model.

Meanwhile, Apple's premium phones - the $999 iPhone 13 Pro and the larger, $1,099 13 Pro Max - are slightly more powerful than the standard iPhone 13s, and feature screens designed to look smoother and brighter to boot. Smartphone photographers can take extreme close-ups with the Pro iPhones' new macro feature, and will notice slightly better photos when shooting in low light. And would-be movie makers have access to tools that replicate camera techniques seen in classic films.

As ordinary as some of these updates seem, one feature found in all of these phones is worth celebrating: improved battery life. Compared to last year's models, each of Apple's new iPhone 13s should last at least an hour and a half longer on a single charge.

One of the biggest surprises during Tuesday's show was the new, $499 iPad mini, which received its first major redesign in years.

Now, Apple's smallest slate looks like a pint-sized version of the iPad Pro and iPad Air, albeit with an 8.3-inch screen. The company's redesign brought 5G to the mini for the first time, as well as a USB-C port for connecting accessories like keyboards, monitors and external hard drives in addition to charging. And despite its small stature, the iPad mini might actually be more powerful than the iPad Air released last year, thanks to its new A15 processor.

Apple also updated its cheapest iPad, which sells for $329. This ninth-generation tablet now uses the same processor as Apple's iPhone 11, and comes with double the storage compared to last year's base model. Meanwhile, the dinky, 1.2-megapixel camera Apple used last year has been replaced with a 12-megapixel camera that plays nice with a feature to keep you centered in your video calls.

The Apple Watch is getting its biggest redesign in years, but you'll have to look closely to see it. The screen on the Series 7 watch is 20% larger than last year's model - and 50% larger than the third-generation model, thanks to shrinking borders. So what would a larger screen do for you? Apple says it redesigned a lot of buttons to make them bigger and can fit 50% more text on the screen. There's even now a full keyboard available for pecking out texts and emails.

Other changes are minimal. There's a more durable, dust-resistant screen, and it should charge 33% faster - though Apple said nothing about improving the battery life. Apple didn't add any new health or body sensors like it did last year.

The name of the event was "California Streaming," but the actual announcement was short on details about its various streaming services. Cook touted popular Apple TV+ shows, which include Emmy-nominated conversation pieces such as "Ted Lasso," but did not drill down to viewership numbers.

Apple had a lot more to say about Apple Fitness+, the company's answer to Peloton. The $10-a-month workout service is adding a few new types of exercises, including Pilates workouts and guided meditations. You can see a live video of their face in the corner of your screen while streaming a workout, and add up to 32 people.

Overall, the event checked all the boxes for an annual listing of updates. That's likely enough for people who already own Apple devices and are just ready to upgrade.