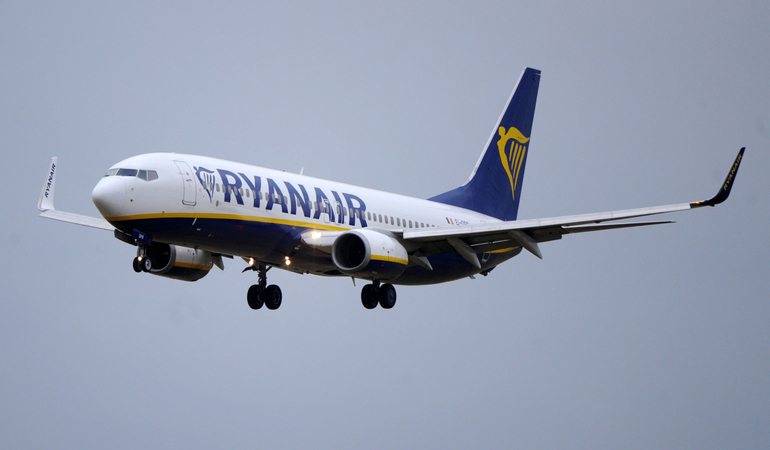 Ryanair Holdings issued a stark assessment of the threat to airlines as they seek to rebound from the coronavirus crisis, saying it's concerned that a series of local lockdowns followed by a second wave of infection will hold back the recovery from the pandemic.

Ryanair kicked off earnings season for European carriers Monday by posting a loss for the June quarter and saying it will lose money through the rest of the summer. While the restart of flights presents opportunities, the discount giant said it's worried the virus could continue to roil demand for months to come.

"A second wave of Covid-19 cases across Europe in late autumn, when the annual flu season commences, is our biggest fear right now," the Irish company said.

Britain's surprise reintroduction of a quarantine for people arriving from Spain threatens to quell resurgent demand at carriers like Ryanair that are heavily reliant on holiday traffic, and shows how the industry is treading a tightrope as it resumes flying with the virus still raging. The company said the situation could be further compounded by "adverse trading consequences" if the U.K. completes its exit the European Union without a trade deal in January.

Ryanair, which predicted air travel will remain depressed for two or three years at least, had a loss of $217 million (185 million euros) in the fiscal first quarter, when its jets were largely idled and the customer count fell 99%.

While that's better than the 200 million euro-loss that the company forecast in May, the International Air Transport Association, among other trade groups, sees the crisis persisting for longer than first forecast, with bigger overall losses.

Sanford C. Bernstein analyst Daniel Roeska said in a note that Ryanair's numbers offer some comfort to investors and that the carrier is "better-positioned than most to withstand negative shocks, but not immune."

Ryanair, Europe's biggest low-cost airline, restarted timetabled flights on July 1 and said in the statement it will operate about 40% of the normal schedule this month, rising to 60% in August and -- "hopefully" -- 70% in September.

Chief Financial Officer Neil Sorahan said the company's aircraft are currently flying 70% full, compared with 97% in July last year. Bookings are also coming very late amid the uncertainty surrounding the reopening of borders and lingering restrictions on travel, though that should be positive for fares.

"There is a lot of pent-up demand," Sorahan said in an interview. "We're seeing people, particularly those visiting friends and relations, very very keen to travel." Setbacks such as the U.K. quarantine on Spanish arrivals will however "dent confidence for a period of time."

Ryanair had 3.9 billion euros in cash at the end of June, up from 3.8 billion euros at the end of March, after locking down operations and tapping a U.K. government-backed loan. While there are no immediate plans to raise further funds, it will consider some refinancing to repay the British facility in March, as well as a bond maturing next summer, Sorahan said.

The company, which has 135 Boeing Co. 737 Max jets on order, reiterated that it still wants to take them even after the model was grounded in the wake of two fatal crashes. Discussions on compensation are continuing, and the CFO said the airline is open to a follow-on order if "priced appropriately."