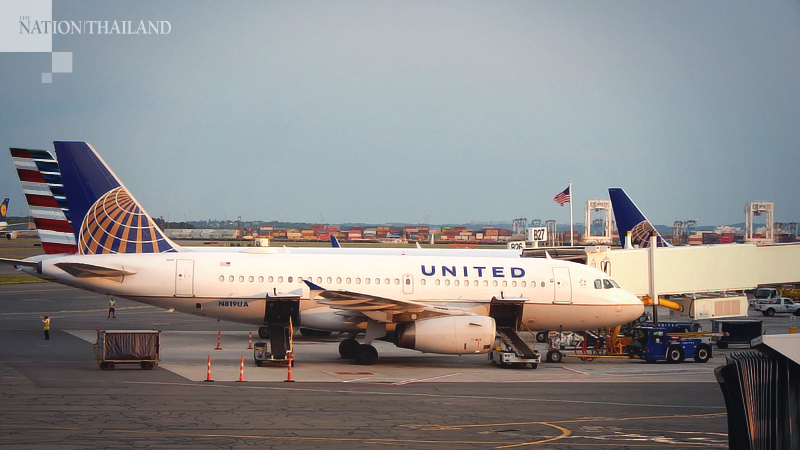 WASHINGTON - Advocates of federal aid to keep 33,000 airline employees on the job lobbied for months, sending thousands of letters and donning protective masks to walk the halls of Congress. And it appeared to be working, garnering bipartisan backing and support from President Donald Trump, who just last month said: "We'll be helping the airlines."

It all unraveled Tuesday with a series of tweets.

"I have instructed my representatives to stop negotiating until after the election when, immediately after I win, we will pass a major Stimulus Bill that focuses on hard-working Americans and Small Business," Trump tweeted.

And it's not just airline workers who will feel the impact.

From Amtrak workers to bus drivers, employees keeping U.S. transportation systems running are now facing months - perhaps years - of economic pain in an environment where millions are already out of work.

"This is a huge disappointment for people who are really hurting," said Ray LaHood, a former Republican congressman who served as transportation secretary under President Obama, citing "devastating" impacts on aviation and transit systems nationwide.

"This is not the right time to be pulling the plug on negotiations . . . Some of these industries will take years to come back to where they were," he said.

LaHood said talks between House Speaker Nancy Pelosi, D-Calif., and Treasury Secretary Steven Mnuchin seemed within reach of the kind of success the two had earlier this year on a series of aid bills. But LaHood said it seems Trump's chief of staff prevailed on the president to take a harder line this time.

"Mark Meadows has kind of carried the tea party agenda for not being willing to spend the kind of money it's going to take to get our economy moving again," LaHood said. "That's where the stalemate has really happened . . . Apparently, he got to the president on this one."

A senior Trump administration official, speaking on the condition of anonymity, called that characterization "laughably out of touch," adding that Meadows has not been involved in the talks in the past two or three weeks. "Democrats are dug in here regardless of who's negotiating. This is all about politics for them," the official said.

Beyond the Beltway, local officials girded for severe challenges. "Transportation powers America, and the declines in ridership and air travel we've seen profoundly undermine our recovery," said Phoenix Mayor Kate Gallego, a Democrat. "I'm deeply disappointed to see the President abandon the relief effort when there is truly no time to waste."

Even after Congress failed to meet a Sept. 30 deadline for extending support for airlines, backers remained optimistic something would come together. Pelosi urged airlines to delay furloughs. Executives at American Airlines and United Airlines said they would be willing to reverse the furloughs, provided a deal came together quickly.

Democrats had included support for airlines in the $2.2 trillion package they were seeking, while the White House's most recent offer was closer to $1.6 trillion. For airlines there appeared to be two possible paths forward: either as part of the larger relief package or as a stand-alone bill. At one point, Trump had even suggested he'd take executive action to prevent airline layoffs.

The airline industry has been devastated by the pandemic, losing billions in revenue as passenger traffic, particularly the more lucrative international routes, has plunged to new lows. About one-third of aircraft remain parked and executives expect it will take years for the industry to recover.

The $25 billion in grant money provided through the coronavirus relief package known as the Cares Act was designed keep workers on the job as airlines navigated through the crisis. Among the conditions for receiving the money, carriers had to agree not to furlough workers or cut their pay before Oct. 1.

Despite Trump's tweet, Nicholas E. Calio, chief executive of Airlines for America, which represents some of the largest U.S. carriers, said he remained hopeful that an agreement could be reached.

"Time already ran out for U.S. airlines and many of our employees, yet there is a glimmer of hope that our leaders in Washington will act and save these jobs before it's too late to turn back the clock," Calio said in a statement. "Some U.S. airlines may be able to reinstate employees if they receive direct payroll assistance from the federal government soon, but that becomes increasingly challenging with each passing day."

In an interview last month, American Airlines chief executive Doug Parker said if workers were furloughed, the airline wouldn't be able to quickly rehire enough people to match demand as it picks up because they will require months of retraining, something he said could hamper a broader economic recovery.

"We're disheartened to hear that negotiations over a COVID-19 relief package are not progressing," Parker said in a statement Tuesday.

"The past week has dealt a crushing blow to the American Airlines team and the aviation industry, and we were hopeful that overwhelming bipartisan support for the Payroll Support Program would result in immediate action to protect jobs and service to communities across the country," American said in a statement. "We will continue to make the case in Washington that action is needed to help workers across the country and lead America to the other side of this pandemic."

United Airlines said it would do everything it could to urge leaders to reach a deal.

"As we have made clear, we are eager to reverse the furlough process should Congress pass legislation to extend the CARES Act Payroll Support Program, and we will continue to update our employees on the latest as this unfolds," the airline said in a statement.

"As Secretary Mnuchin and Speaker Pelosi moved close to a deal that would provide relief to working people across the country, President Trump issued one tweet to blow up the deal and leave millions of essential workers in free-fall," Sara Nelson, president of the Association of Flight Attendants-CWA, which represents 50,000 flight attendants at 20 airlines, said in a statement. "Senate Republicans will own this cruel maneuver that puts our economy in a tailspin unless they demand COVID relief now."

Amtrak this month slashed operations and its workforce, furloughing 2,050 workers. The railroad said last month it needs $4.9 billion in federal assistance - including $2.8 billion in supplemental funding - to help make up for pandemic-related losses.

Amtrak's ridership plummeted 97 percent in the weeks after the coronavirus hit the nation. Six months into the crisis, ridership and revenue are still down 80 percent compared to a year ago, according to the company.

Amtrak chief executive William Flynn told lawmakers last month that if Congress does not provide the supplemental funding, even more dramatic reductions across the company would be necessary to "stave off bankruptcy."

"With 1,700 jobs on the line, we are devastated to learn that negotiations to continue Covid Relief Funding have been abruptly cut off, likely for weeks," Metro spokesman Dan Stessel said. "Let's be clear: Metro is out of time. This will impact riders and hurt transit employees - the same heroes who were on the front-lines transporting nurses, first responders, federal employees, and small business owners every day of this pandemic - who now face the imminent threat of layoffs as service cuts go into effect."

The potential cuts would affect not only Metro, but transit agencies across the United States and will be tough on workers and riders, advocates said. Union leaders said job losses and onboard safety are both at stake.

Fewer buses will lead to "overcrowding, which is going to create more of an issue with the spread of the coronavirus. I've lost 89 members already, and this is going to do more," said John Costa, international president of the Amalgamated Transit Union.

Costa said the billions in additional aid for transit would, in addition to staving off layoffs, have gone toward needed personal protective gear for drivers and other workers, and for equipment to make vehicles safer.

The American Public Transportation Association said a recent survey of its members showed "that 6 in 10 public transit systems will need to reduce service and furlough employees in the coming months without emergency federal funding from Congress." It said nearly half of businesses in the public transit industry expect layoffs, and a nearly third "are concerned that they may go out of business" without additional aid.

"There are millions of workers in American cities who will be stranded if transit agencies don't get relief, and this decision today is going to be devastating for agency budgets," said Ben Fried, a spokesman for the research and advocacy organization TransitCenter.

"The front line transportation workers who have been at the center of COVID-19 relief efforts have real financial and health and safety needs that deserve immediate congressional action," said Larry Willis, president of the Transportation Trades Department, AFL-CIO, a coalition of 33 unions. "The game President Trump is playing will have severe immediate and long-term consequences that will disproportionately impact those who have been seeing us through this crisis."