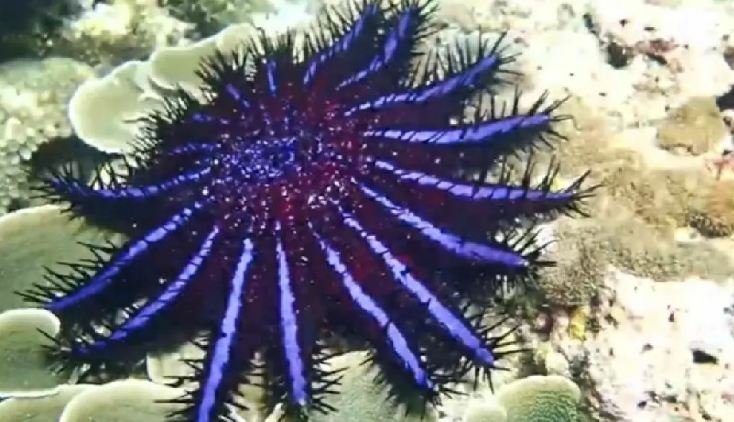 The scourge of the sea – crown-of-thorns starfish – is reportedly scavenging coral off the coast of Krabi’s Phi Phi Island.

This high number of starfish will prove to be a blight to the area, officials said.

The park’s chief, Prayoon Pongpan, said officials will speak to related experts on how this scourge can be eradicated to preserve a balance.

The crown-of-thorns is a large starfish, ranging in size from 25 to 30 centimetres with up to 21 arms, that climbs onto the coral to absorb nutrients, reducing the coral down to a skeleton.

Reports say these starfish damaged up to a kilometre of coral a month in Guam. This sort of destruction takes nearly 40 years to recover.

The best way of dealing with the crown-of-thorns starfish is to expose it to sunlight.