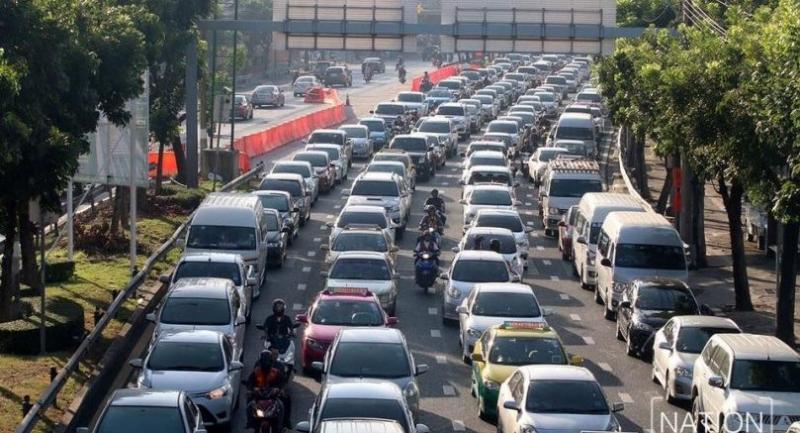 BANGKOK suffers the traffic jams in Southeast Asia, followed by Jakarta and Manila, according to a survey by Uber and BCG.

The survey reported that ride-sharing could help reduce traffic congestion and increase space for car parking.

Siripa Jungsawat, general manager of Uber Thailand, said the firm conducted the survey about traffic jams in Bangkok during September and October this year. The report found that on average Bangkok drivers get stuck for a total of 96 minutes per day – 72 minutes in a traffic jam and a further 24 minutes finding a parking spot. Taken on an annual basis, vehicle owners spend around 24 days per year stuck in traffic.

The survey ranked Bangkok as the worst for traffic congestion among countries in Southeast Asia, followed by Jakarta, Manila, Hanoi and Kuala Lumpur.

The survey also said that 82 per cent of Bangkok residents believe that a ride-sharing service like Uber could be a useful substitute for car ownership.

Traffic jams in Asean’s city roads cost 2 per cent to 5 per cent of gross domestic product (GDP) per year in each of the countries taking into account the time wasted as well as its impact on the cost of transport. Moreover, about 80 per cent of air pollution in Asia was caused by road transport.

According to the firm’s analysis, additional traffic infrastructure is not the only way to solve the problem of traffic jam. The firm believes ride-sharing is another alternative. The firm has encouraged vehicle owners who drive in Bangkok to utilise ride-sharing services in order to reduce congestion, traffic jams, wastage of time and lost opportunities from being stuck in traffic.

Uber is a ride-sharing provider with services in five areas – Bangkok, Chiang Rai, Khon Kaen, Pattaya and Chon Buri. The company is, however, not a legal ride-sharing service provider in Thailand. It is awaiting passage of a new law to support its services.

Meanwhile, Supakorn Sittichai, smart-city director at Digital Economy Promotion Agency, said the Thai government had recognised the need to provide traffic solutions and develop urban zones so residents could enjoy a better life in all aspects. The government has already made efforts to address the issue in various cities such as Phuket in order to promote the use of digital technology as a tool to solve the urban problem and provide a platform to solve the problem in the country.