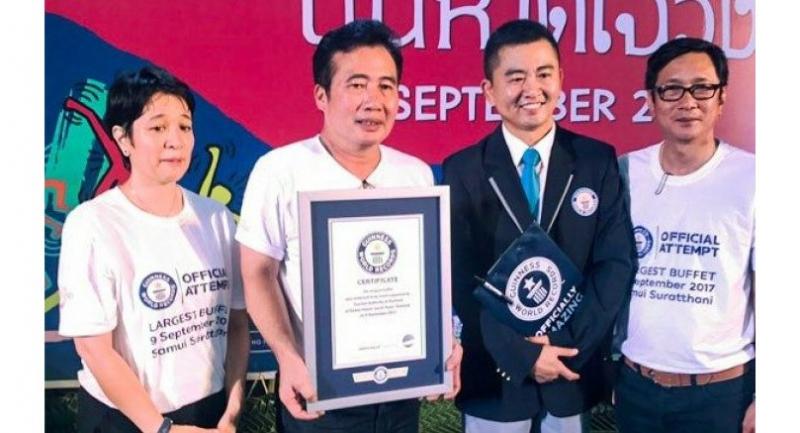 Representatives from some of the organisers of the world's largest buffet recently. Photo: Tourism Authority of Thailand

The Tourism Authority of Thailand together with Koh Samui’s public and private sector have successfully set a new Guinness World Record for the Largest Buffet during the Samui Festival 2017.

The 2.5-kilometre-long beach buffet, free and open to the public, was arranged on Chaweng Beach as part of the five-day festival, which ran from 7-11 September to celebrate the 120th anniversary of the island’s founding in 1897.

A variety of Thai dishes were prepared by chefs from all over Thailand as the highlight of the world’s largest buffet on Chaweng Beach, Koh Samui. The activity is in line with the TAT’s gastronomy tourism efforts by promoting Thai food and the country’s culinary potential on a global stage.