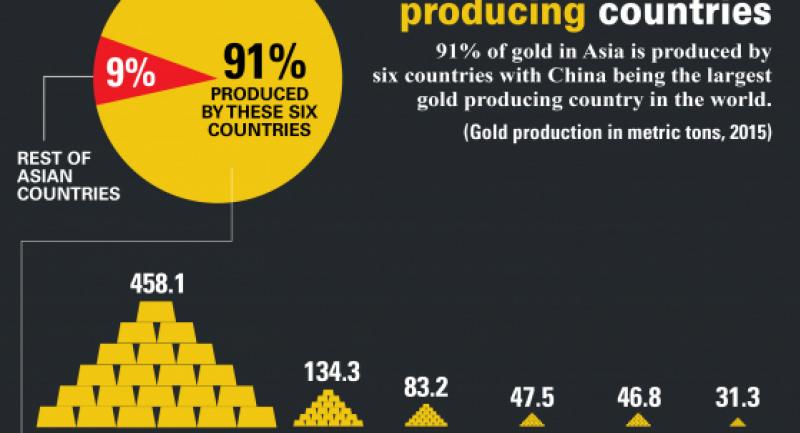 Six countries in Asia produce 91 per cent of gold in the continent. China is the leader of the world’s gold-producing nations.

China is followed by Indonesia. The archipelago in Southeast Asia, according to GFMS Gold Survey 2016, produced 134.3 metric tons of the gold in 2015.

Indonesia is the home to one of the largest gold mines in the world known as the Grasberg Mine. The mine contributes the majority of Indonesia’s gold production.

At the third place comes Central Asian country, Uzbekistan. The country in 2015 produced 83.2 metric tons of the gold. Gold production plays an important role in Uzbekistan economy. In Uzbekistan gold is mostly found in the Kyzylkum Desert where Muruntau Gold Deposit, the largest single open-pit gold mine, is located.

Despite India being the world's biggest buyer of gold, it’s contribution to world gold production is an insignificant 0.5 per cent.

The survey says global mine production increased by just 1 per cent in 2015, reaching 3,158 tones, with gains in countries like Indonesia and the United States overweighing the losses elsewhere, particularly in China.

This represents seventh successive year of increasing mine supply, and is another year of record global output.