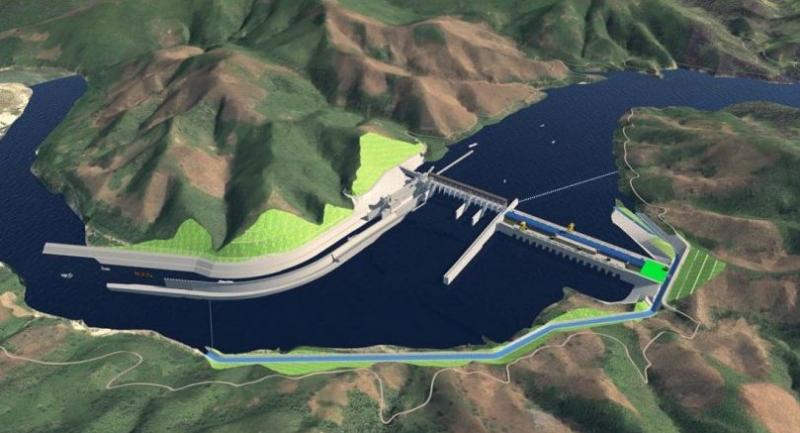 Can Tho  - Vietnam wants Lao to reconsider the Pak Beng hydropower project as its environmental impacts to the Mekong Delta will strike Vietnam, Cambodia and Laos badly.

The Mekong Delta will disappear in the next several decades once Pak Beng Dam and another 10 planned hydropower dams are built on the Mekong River in Laos and Cambodia, warned environmental experts.

“Vietnam wants all upstream Mekong River nations to adopt proper policies in exploiting the river, especially in hydropower dam construction, in order to ensure rights for downstream nations, like Vietnam,” Minister of Natural Resources and Environment and chairman of the Vietnam Mekong River Commission, Tran Hong Ha, said at a conference on the issue last weekend in the Mekong Delta city of Can Tho.

“Vietnam is seriously worried about the increasing exploitation of hydropower in the Mekong River in recent years by upstream nations. Vietnam has recently suffered severe drought, saline intrusion and land sinking,” he added.

The Laotian government plans to start building the dam by the end of this year and have it operational by 2024. The 912 MW project is expected to generate 4,700 GWh of electricity per year, of which 90 per cent will be sold to Thailand and the remaining 10 per cent to Laos’ state-owned utility, Electricite du Laos.

“Laos should take additional time for consultation and temporarily delay the construction plan for Pak Beng Dam because all the environmental impact figures of the project are very backward, insufficient and fail to follow international standards,” said Dr Le Anh Tuan, deputy head of the Can Tho University Climate Change Research Institute.

“Therefore, all suggestion from Vietnamese and international experts about how to limit environmental impacts for the project seem meaningless,” he added.

“Pak Beng Dam will be built in a region prone to earthquakes. Within 10–20 years, an earthquake measuring 5 or 6 on the Richter scale could occur, and within 50 years, it would be stronger at 7 on the Richter scale. It is dangerous to build even one hydropower plant in the region,” said Professor Nguyen Ngoc Tran, former deputy head of the National Assembly’s Foreign Affairs Commission.

The transboundary impact of Mekong River dams upstream include sudden changes in water level, flooding of riverbank gardens, drought and loss of traditional fish. The lower Mekong dams will drastically compound these impacts, turning 55 per cent of the lower stretch of the river into a series of reservoirs, blocking critical fish migration and the flow of nutrient-rich sediment necessary to sustain regional agriculture and food security.

“Pak Beng Reservoir will keep most of the alluvium and there will be no more for the Mekong River downstream,” said Dr Nguyen Anh Duc, director of the Mekong River Basin Development Support Centre.

“With all 11 hydropower dams operating, Chau Doc in An Giang Province will lose 65 per cent of alluvium and the Mekong Delta will disappear,” he added.

Additionally, Pak Beng Reservoir is designed to cover 97 square km and the water flow for fish will be so slow that most of the fish will be kept in the reservoir. “The dam will impact daily life of over 33 million local residents in Laos, Cambodia and Vietnam,” environmental expert Nguyen Huu Thien said.

“There is an urgent need for regional governments to press the pause button on further dams on the Mekong mainstream, to take stock of projects already under construction, to conduct further studies on the transboundary and cumulative impacts of these projects and to re-consider the dangerous approach being taken towards dam development on the lower Mekong mainstream,” said Dr Duong Van Ni from Can Tho University.

“Energy development trends in Laos are indispensable because hydropower is the only natural resource for Laos,” Minister Ha added. “To stop construction of hydropower dams is nearly impossible but we should contribute our ideals to limit maximum impact,” he added.

The Pak Beng Dam is the northern most of 11 dams proposed for construction on the lower Mekong River mainstream, in Oudomxay Province, 100 km away from the northern Laotian town of Luang Prabang.

In 2007, China Datang Overseas Investment (Datang) signed a Memorandum of Understanding with the Government of Laos to develop the Pak Beng Dam. Following this agreement, in March 2014, Datang received environmental permits from the Lao Government for the hydropower project.

A report obtained by International River in 2015, revealed construction activities under way on access roads and a bridge across the Mekong River from Pak Beng to Mung Gheurn in Xayaburi Province.

The rapid pace of dam development on the Lower Mekong mainstream - including the construction of the Xayaburi and Don Sahong Dams - has ignored calls from Mekong Governments, donors, scientists and concerned communities for further studies, transboundary impact assessments and participatory regional decision-making.