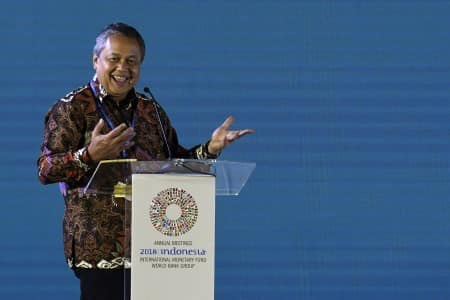 He said the flow of foreign capital into Indonesia was at a high intensity and that would help improve the country’s capital balance and balance of payments.

“The capital inflows will also support economic stability,” Perry was quoted as saying by kontan.co.id.

At the end of June, the central bank had recorded $9.7 billion in capital inflows.

Perry said the positive perception of the country’s economy had been strengthening recently, supported by rating upgrades by Standard and Poor's as well as a looser monetary policy.

“It is in line with the lessening of global market financial uncertainty marked by looser monetary policy,” he added.