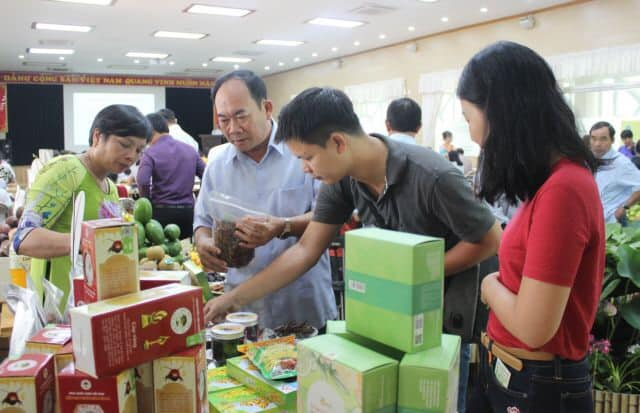 Farm produce from Vietnam's northern region is introduced at a fair in Ho Chi Minh City on Friday. The fair aims to boost consumption of produce by cooperatives in northern localities and the Mekong Delta province of Dong Thap.

The Asian Development Bank (ADB) has maintained its growth projections for Vietnam at 6.8 per cent for 2019 and 6.7 per cent for 2020 in a report released on Thursday.

The predictions in the Asian Development Outlook Supplement are unchanged from the forecasts made in the April report.

The ADB said Vietnam has been the fastest-growing economy in Southeast Asia this year, noting growth in the first half of 2019 is estimated at 6.8 per cent year on year despite agriculture being hurt by drought and African swine fever.

Growth in industry and manufacturing remained robust, though not as strong as in the first half of 2018.

Strong inflows of foreign direct investment, up by 27 per cent in the first five months of 2019 from a year earlier, sustained growth. China overtook South Korea and Singapore to become the largest overseas provider of newly registered capital.

Meanwhile, the US remained the largest export market for Vietnam, with exports growing by 28 per cent in the first five months over the same period last year.