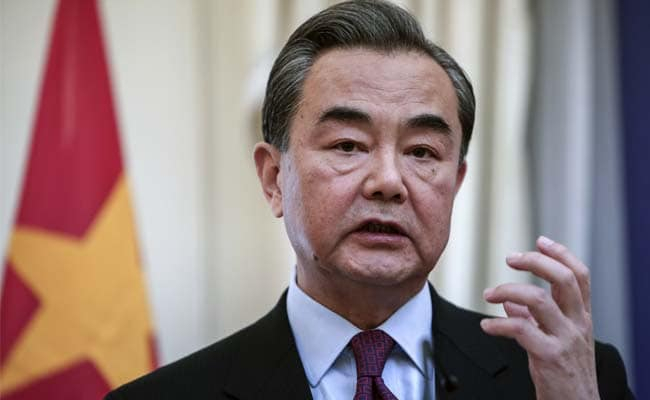 Trio pledge to work together to back free trade, maintain growth

China's Foreign Minister Wang Yi has called on his counterparts from Japan and South Korea to resolve their differences through dialogue, amid concerns that worsening relations between Tokyo and Seoul may threaten regional economic stability down the road.

In the first meeting between the three countries' top diplomats since 2016, the East Asian neighbours pledged to work together to support free trade and maintain regional growth. China, Japan and South Korea yesterday agreed to continue work so that a trilateral summit between their top leaders can take place at the year end, while also accelerating negotiations to reach regional free trade agreements.

At their meeting in the resort of Gubei Water Town in Beijing yesterday, Mr Wang said the three countries reaffirmed their commitment to creating a free trade zone between them and to completing negotiations by the end of the year on the 16-nation Asian trade pact known as the Regional Comprehensive Economic Partnership.

"With downward pressure on the global economy, the three important economies of China, Japan and South Korea can enhance macroeconomic coordination and work together to uphold the free trading system," said Mr Wang, flanked by Japanese Foreign Minister Taro Kono and South Korean Foreign Minister Kang Kyung-wha. "We will ensure an open economy in the interest of global growth and prosperity."

The trilateral mechanism has taken on renewed importance in recent years, with US President Donald Trump upending the United States' traditional role as a defender of the global trading order which supported the rapid growth of the three countries' export-dependent economies.

China has also in recent years moved to deepen relations with its two neighbours by shelving longstanding disputes to focus on growing economic ties.

The summit, held on a rotating basis by Tokyo, Beijing and Seoul, has in the past been suspended occasionally when ties faltered or as leaders prioritised problems at home. This year marks the 20th anniversary since the first summit in 1999.

Japan's top diplomat called on Beijing and Seoul to bolster trilateral cooperation even when bilateral relations sour, but his South Korean counterpart questioned Tokyo's move to tighten export controls against her country.

Dr Kang said it was necessary to eliminate "unilateral and arbitrary trade retaliatory steps and remove uncertainties" in East Asia.

Japan-South Korea ties have chilled in recent months over the Japanese imposition of export control measures in the wake of a string of South Korean court rulings last year ordering compensation for wartime labour.

At a press conference following the meeting, Japanese Foreign Ministry vice-spokesman Jun Saito said Japan did not see the need for any country, including the US, to mediate in this dispute, as "this is not a trade issue at all".

At a three-way meeting in Bangkok earlier this month, US Secretary of State Mike Pompeo had urged his Japanese and South Korean counterparts to make efforts to ease their confrontation, but the two sides have shown little signs of reaching an agreement on the escalating economic and political row.

Mr Saito said Dr Kang had raised the issue with Mr Kono, who asked that the South Korean side take appropriate steps in response to anti-Japanese activities in South Korea, such as protests, boycotts of Japanese goods, and "irrational" new regulations aimed at Japanese firms.

Mr Kono also conveyed to Dr Kang Japan's position that "the authorities in charge will have a meeting with the (South Korean) side once certain conditions are met", Mr Saito added.