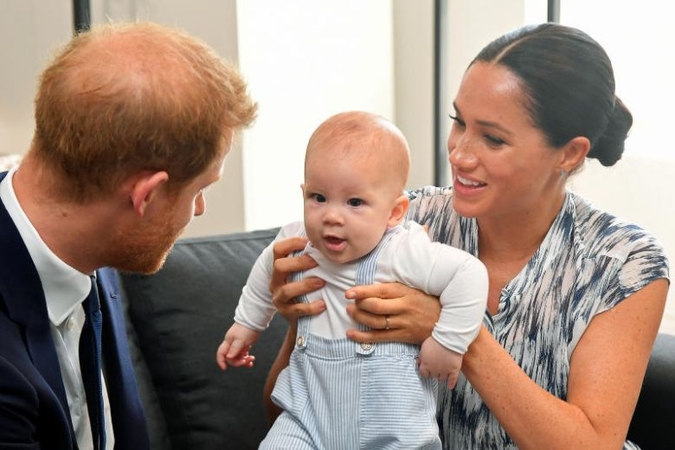 Meghan, the Duchess of Sussex, launched legal action against the Mail on Sunday newspaper as her husband, Prince Harry, blasted the British tabloid press on Tuesday for behaviour he said “destroys lives”.

The duchess, who is being represented by the law firm Schillings, filed a claim in London’s High Court against the paper and Associated Newspapers, its parent company, following an allegation that the newspaper “unlawfully” printed a private letter.

In a lengthy statement published on Tuesday evening, Prince Harry said his wife had become “one of the latest victims” of the British tabloid press that “wages campaigns against individuals with no thought to the consequences”.

He said that his “deepest fear is history repeating itself”.

Referring to his late mother, Princess Diana, Harry said, “I lost my mother and now I watch my wife falling victim to the same powerful forces.”

Princess Diana was one of the most photographed women in the world before she died in a car crash in a Paris tunnel in 1997. At the time of the accident, her car was being pursued by photographers.

Harry said the couple was taking legal action after a “ruthless campaign” in the press, which he described as “bullying”.

“There comes a point when the only thing to do is to stand up to this behaviour, because it destroys people and destroys lives. Put simply, it is bullying, which scares and silences people. We all know this isn’t acceptable, at any level. We won’t and can’t believe in a world where there is no accountability for this,” he said.

A Mail on Sunday spokesman said: “The Mail on Sunday stands by the story it published and will be defending this case vigorously. Specifically, we categorically deny that the Duchess’s letter was edited in any way that changed its meaning.”

The spokesman said the article in question was published on February 10 and included an interview with Meghan’s father, Thomas Markle, and extracts from a handwritten letter he received from his daughter after her wedding.

This is not the first time that Prince Harry has lashed out at the British press. Shortly after he and Meghan began dating, the prince issued an unusually blunt statement in which he condemned the media and social media trolls for their “racial undertones” and “outright sexism”.

He also successfully sued a photo agency that flew a helicopter over his country home in Oxfordshire, taking photos that he charged “very seriously undermined the safety and security” of his family.

Harry said on Tuesday that the coverage had “escalated over the past year”, during Meghan's pregnancy and since the birth of their son, Archie.

The royals said that their particular legal action related to the contents of a private letter published “unlawfully in an intentionally destructive manner to manipulate you, the reader, and further the divisive agenda of the media group in question”.

“In addition to their unlawful publication of this private document, they purposely misled you by strategically omitting select paragraphs, specific sentences, and even singular words to mask the lies they had perpetuated for over a year,” Harry said.

He said there is a “human cost to this relentless propaganda, specifically when it is knowingly false and malicious, and though we have continued to put on a brave face -- as so many of you can relate to -- I cannot begin to describe how painful it has been.”

Harry said that the “positive coverage” of the couple over the past week -- they have been on a tour of southern Africa -- highlights the “double standards of this specific press pack that has vilified her almost daily for the past nine months; they have been able to create lie after lie at her expense simply because she has not been visible while on maternity leave”.

He said that for “select media this is a game, and one that we have been unwilling to play from the start. I have been a silent witness to her private suffering for too long”.