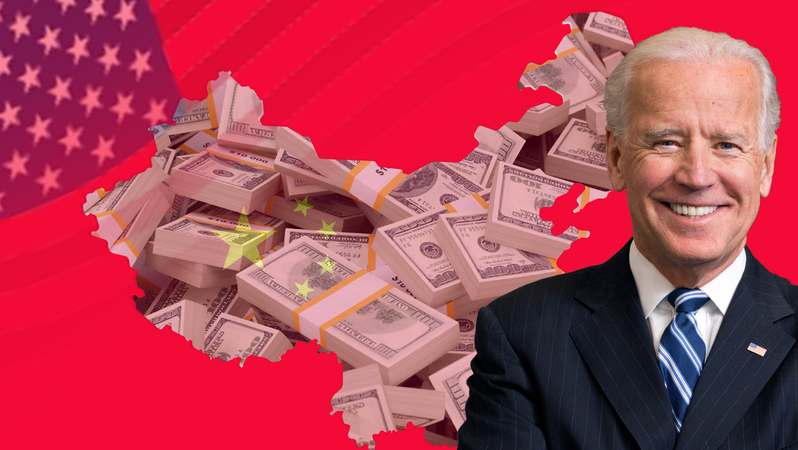 US President Donald Trump on Thursday publicly urged China to investigate Democratic challenger Joe Biden, a new request that a foreign government assist his re-election campaign, adding to the extraordinary pattern of conduct at the centre of a fast-accelerating impeachment inquiry.

With his brazen and direct appeal to the Chinese, delivered before journalists assembled on the South Lawn of the White House, Trump seemed to make a mockery of the charge that he abused the power of his office by pressing his Ukrainian counterpart to examine unfounded allegations of corruption by Biden and his son Hunter.

Trump’s plea to China for an investigation into the Bidens came almost immediately after he addressed his acrimonious trade war with China. “I have a lot of options on China,” Trump warned, ‘but if they don’t do what we want, we have tremendous power.”

When a reporter then asked what he had hoped Ukrainian President Volodymyr Zelensky would do following their July 25 phone call, Trump replied, “If they were honest about it, they’d start a major investigation into the Bidens. It’s a very simple answer. They should investigate the Bidens.”

Trump went on to say, “China should start an investigation into the Bidens, because what happened to China is just about as bad as what happened with Ukraine.”

Trump’s remarks underscored his claim that he did nothing improper by calling on a foreign power to investigate a domestic political opponent, a move his critics consider an egregious violation of his constitutional oath.

Thursday also marked the latest instance of Trump saying aloud something that almost certainly would be a major scandal if revealed from a private conversation. Trump’s request to China echoed his “Russia, if you’re listening …” appeal during the 2016 campaign for the Russian government to steal Hillary Clinton’s missing emails and release them.

“Someone should inform the president that impeachable offences committed on national television still count,” Clinton tweeted on Thursday.

Trump and his allies have provided no evidence to back up their claims of wrongdoing. Hunter Biden joined the board of an investment advisory firm whose partners included Chinese entities shortly after visiting China in 2013 with his father while he was vice president. George Mesires, an attorney representing Hunter Biden, has said that his client acquired a 10 per cent equity stake in the firm in October 2017, and as of this summer that stake was worth about US$430,000.

On Capitol Hill, meanwhile, Democratic leaders denounced Trump’s China comments and appeared dumbfounded that the president had given them live ammunition to use against him in their impeachment proceedings.

“The president of the United States encouraging a foreign nation to interfere again to help his campaign by investigating a rival is a fundamental breach of the president's oath of office,” House Intelligence Committee Chairman Adam Schiff told reporters. “It endangers our elections, it endangers our national security, it ought to be condemned by every member of this body, Democrats and Republicans alike.”

House investigators deposed the first major witness in the Ukraine matter, Kurt Volker, who resigned last week as US special envoy for Ukraine after being named in the whistleblower complaint that sparked the impeachment inquiry. Volker testified on Thursday that he warned Trump attorney Rudy Giuliani that his information about the Bidens was untrustworthy and that his Ukrainian sources were unreliable, according to two people familiar with his testimony.

Also on Thursday came the revelation that Trump had ordered the swift removal of the US ambassador to Ukraine, Marie Yovanovitch, earlier this year after hearing concerns from Giuliani, as well as former Texas congressman Pete Sessions, among others, outside of the administration, a senior administration official confirmed. Trump’s role in the ambassador’s ouster was first reported by the Wall Street Journal.

Giuliani complained in a recent interview with The Washington Post that Yovanovitch obstructed efforts to persuade the Ukrainians to investigate the Bidens. “She is running around the streets of Ukraine going against the elected president of the United States,” Giuliani said.

Congressional Republicans, who rarely speak a cross word about the president, barely blinked at his China remark. The muted response from GOP lawmakers about Trump’s call for China to investigate Biden presented a stark contrast to earlier this week, when many spoke out after the president tweeted congratulations to Chinese President Xi Jinping in celebration of the 70th anniversary of communist rule in Beijing.

By Thursday, however, most of those voices fell silent on Trump’s latest Chinese assertion. Minutes after Trump called on China to investigate Biden, House Minority Leader Republican Kevin McCarthy tweeted a link to a letter he sent House Speaker Democrat Nancy Pelosi that morning asking her to suspend the impeachment inquiry until she answers questions about the process.

Rather than condemning Trump’s appeal to the Chinese, McCarthy prodded the speaker for clarity on whether the House would vote on an official impeachment inquiry, or whether Republicans would get subpoena power to call their own witnesses.

“As you know, there have been only three prior instances in our nation's history when the full House has moved to formally investigate whether sufficient grounds exist for the impeachment of a sitting President,” McCarthy wrote. “I should hope that if such an extraordinary step were to be contemplated a fourth time it would be conducted with an eye toward fairness, objectivity and impartiality.”

Pelosi responded to McCarthy’s missive by noting that his request came “shortly after the world witnessed President Trump on national television asking yet another foreign power to interfere in the upcoming 2020 elections”.

“As you know, our founders were specifically intent on ensuring that foreign entities did not undermine the integrity of our elections,” Pelosi wrote.

Democrat Representative Daniel Kildee, a deputy whip on Pelosi’s leadership team, said Trump’s comment “certainly strengthens our case that this president is abusing his power in a way that is really dangerous for America”. He speculated that Trump intentionally was “trying to say openly and publicly the things he knows he’s going to get caught having said privately in order to normalise and soften the reaction”.

Kildee recalled that during the special counsel’s Russia investigation Trump insisted that “he would never enlist foreign interference... ‘No collusion! No collusion!’ Then he gets caught colluding with Ukraine. I think he’s now decided that the only way he can survive this is to do what he has been doing in secret in a very public way in order to normalise it”.

Republican Senator Lindsey Graham, usually one of the president’s loyal defenders, said in an interview on Thursday that he did not agree with the call for China to investigate the Biden family.

“I don’t want to go down that road,” Graham said. He tried to explain Trump’s request by adding, “It’s the president pushing back. He feels like everyone is coming after him all the time and he hasn’t done anything wrong.”

Vice President Mike Pence, traveling in Arizona, was a voice of support. Asked about Trump’s call for China to investigate the Bidens, the vice president told reporters, “I think the American people have a right to know if the vice president of the United States or his family profited from his position as vice president in the last administration.”

Trump mocked Biden’s standing in the Democratic nominating contest and said Senator Elizabeth was his likeliest opponent because “she came up from the ashes”. He called the Democrats “maniacs” and suggested that if they take back the White House “the country’s going to go to hell”.

Trump also went on an extended rant about CNN's coverage of him and then proposed creating a state-run television news network to compete with the independent media.

“We ought to start our own network and put some real news out there because they are so bad,” Trump said. He added, “We are looking at that. We should do something about it, to put some really talented people and get a real voice out there, not a voice that’s fake.”

Trump also bizarrely accused pharmaceutical companies of being behind the House Democrats’ push for impeachment because of his administration’s work to lower drug prices.

“I wouldn’t be surprised if the hoax didn’t come a little bit from some of the people that we’re taking on,” Trump said, later singling out the pharmaceutical industry. The president provided no evidence for his claim.

Asked to respond, Holly Campbell, a spokeswoman for the industry group PhRMA, said, “Not to be so frank, but it is ridiculous you are asking me about it. Of course we are not.”