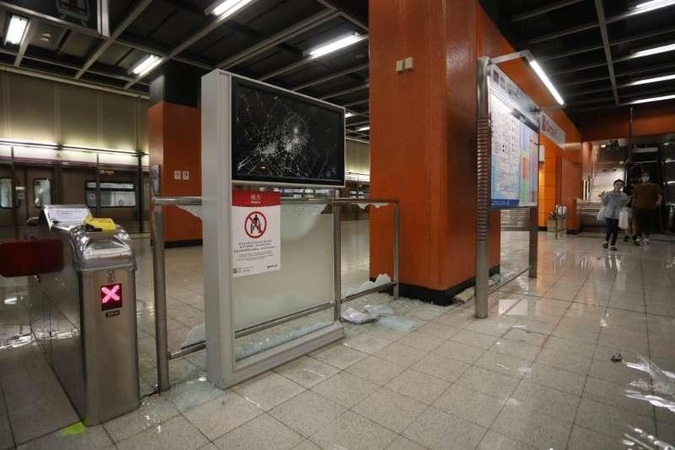 By The China Daily

HONG KONG - Hong Kong went into near shutdown as businesses closed and rail services were suspended after another night of violence and vandalism by riotous mobs.

The city’s sole rail operator said on Saturday that the entire metro system except for the Airport Express Line would be suspended for the day after a night of vandalism and arson at various stations.

Most travelers had to make their way to the airport by car or taxi on Saturday morning when all rail services were suspended, causing traffic congestion in the final mile of the journey. The airport rail services resumed at 2:30 pm.

In a statement issued early Saturday morning, the MTR said safety came first for its maintenance staff when they travel to various stations to carry out repair works.

It also denounced the irrepressible and illegal acts of radical protesters who attacked its staff.

Meanwhile, the government said bus services might be diverted due to road conditions after more than 100 sets of traffic lights were damaged or tampered with on Friday night.

Anti-government demonstrations began since June when protesters staged rallies to voice opposition to the now-withdrawn extradition bill. The protests have turned violent and at times descended into chaos even after the formal withdrawal of the bill by Lam in September.

On Friday, the government announced the introduction of the anti-mask law in a bid to quell violence.

The law bans the wearing of facial coverings during a public meeting, public procession or illegal assembly. Offenders shall be liable to a maximum of one year’s imprisonment and a fine of HK$25,000.

Late Friday, after listening to arguments for two hours, the High Court decided against granting a temporary suspension of the anti-mask law after protesters brought an injunction application. The ban came into effect at midnight.

A plainclothes police officer fired one shot in self-defense in Yuen Long Friday night after he was attacked by a large group of masked radicals. Two gasoline bombs were thrown at him during the attack and he was briefly on fire.

A total of 31 people were sent to the hospital Friday night, the Hospital Authority said, adding that two are in serious condition

The city’s largest labor union on Friday also issued a statement to condemn violence and vandalism across the territory.

The union said the riotous mobs aimed to "drive a wedge between the SAR and the nation with extreme violence and terrorist attacks."

Meanwhile, the 2020 Hong Kong Formula E-Prix has been canceled amid continuing street protests in the city. The round originally scheduled for Hong Kong will be replaced by Marrakesh, Morocco, according to the organizer.

The Leisure and Cultural Services Department closed its facilities and suspended its services from 1 pm to ensure the safety of venue users.

The Hong Kong Monetary Authority said some banks have to suspend services at certain branches due to damaged facilities and traffic disruptions.

In a statement, the HKMA severely condemned vandalism and violence, which it said have seriously affected the use of banking services by the public.

“We hope that social order will be restored soon, allowing banks to resume normal operations and serve businesses and members of the public,” according to the statement.

It also dismissed speculation which it described as a “malicious attempt to cause panic among the public.”

The city has a “robust and sound” banking system with ample liquidity, the HKMA said. It is well-positioned to withstand any market volatilities and has sufficient supply of banknotes to meet the needs of the public, it said.

Bank customers were advised to use online banking or ATM services as far as possible, and check bank branches service status before visiting. 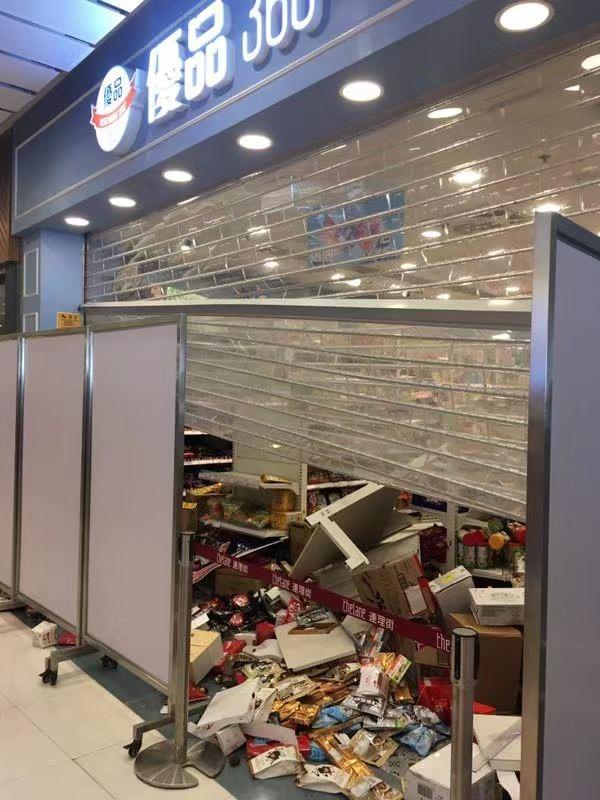 Hong Kong and Shanghai Banking Corporation, Standard Chartered Bank and China Construction Bank also closed some or all of their branches Saturday.

The Labour Department on Saturday urged employers to make flexible work arrangements for staff due to the suspension of some public transports.

The Customs and Excise Department announced that due to public activities, the written examination (Part II) of Customs Inspector Recruitment scheduled on Saturday will be postponed.

Supermarket chain Parknshop shut all stores across Hong Kong on Saturday due to safety and logistic concerns. Health care and beauty care chain store Watsons also closed all shops, except the airport branch, for the day. Supermarket chain Wellcome and convenience stores 7-Eleven said shops would be closed from 5 pm.