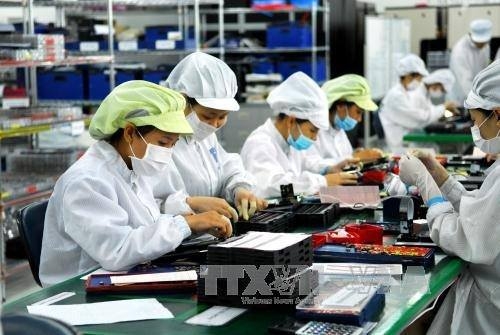 The employee turnover rate in Vietnam has been on the rise in the last three years, reaching an alarming rate of 24 per cent this year, according to a report by human resource consultancy Anphabe.

The report, titled “The Leavers”, polled 674 enterprises in 24 industries that employ more than 75,400 experienced employees.

At the staff level, those who earn a salary of below 10 million dong (Bt13,000) have the highest rate of leavers of 29 per cent, the report showed.

But at higher levels such as team leader, manager and director, the higher the salary, the greater the rate of quitting, especially in four fields: marketing, sales, IT and finance.

The ratio of people quitting is much higher in the 9X generation than other age groups.

More than 17 per cent plan to leave within the next one year despite being happy with the current workplace.

People working for less than two years at their job are the most likely to quit their job, especially at the management and director level.

Looking across salary ranks, among those with salaries of over 80 million dong, every other employee is thinking of leaving.

The most attractive industries for employees besides their current one are banking, real estate, financial services, wholesale, retail, commerce, food and hotels and hospitality.

The number of new businesses is increasing rapidly, leading to a situation where they would have to hunt for talent from existing companies.

Around 32 per cent of people working in large enterprises have the desire to start a business in future.

Vietnam is among the top 10 countries in the Asia Pacific from where people emigrate and faces a brain drain.

Nearly 65 per cent of employees with a salary of 80 million dong or more were contacted three times on average by headhunters in the past year.

“Higher salaries or promotion should not be the only solution as they only provide a temporary effect; the goal should be to increase engagement, effort and loyalty,” Thanh Nguyen, CEO of Anphabe, said.

“If 10 per cent is the ideal turnover rate, which allows an organisation to remain stable and transformable with new people every 10 years, then obviously we can’t be at ease with the current 24 per cent."

On the same day, Anphabe and market research firm Intage Vietnam kicked off the Vietnam Best Places to Work Survey, an annual study of workforce and workplace trends.

This year the survey, supported by the Vietnam Chamber of Commerce and Industry, will expand its research to Generation Z (born from 1997 onwards).

Anphabe will coordinate with the HCM City Student Support Centre to poll more than 25,000 students at more than 50 universities around the country.

The survey results will be announced next March.