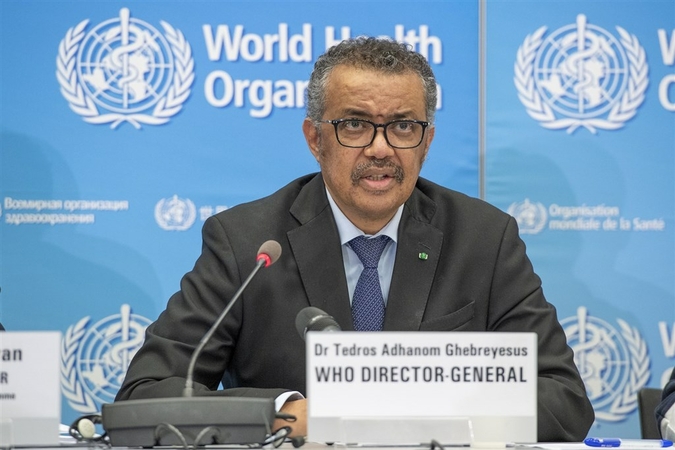 Tedros Adhanom Ghebreyesus, the director-general of the WHO. [Photo/Agencies]

The head of the World Health Organization, or WHO, has called on richer countries not to undermine the United Nations-led COVAX program, which supports a global equitable sharing of COVID-19 vaccines, and to ensure poorer countries do not miss out on available doses.

Tedros Adhanom Ghebreyesus, the director-general of the WHO, said some high-income countries are entering contracts with vaccine manufacturers that undermine the deals COVAX has in place, and reduce the number of doses it can buy.

On Friday, leaders from several G7 countries and the European Union committed $4.3 billion in new funding to finance the equitable distribution of vaccines, diagnostics and therapeutics for COVID-19.

Tedros thanked them for the contributions but warned that "money is not the only challenge we face".

"If there are no vaccines to buy, money is irrelevant," the WHO chief said. "Even if we have the funds, we can only deliver vaccines to poorer countries if high-income countries cooperate in respecting the deals COVAX has done, and the new deals it is doing."

He pointed out that it is in the interest of all countries, including wealthy nations, "to ensure that health workers, older people and other at-risk groups are first in line for vaccines globally".

"To achieve this, we need more funding, we need countries to share doses immediately, we need manufacturers to prioritize contracts with COVAX, and we also need a significant increase in the production of vaccines," Tedros said.

He also commented on the pledge by France's President Emmanuel Macron to share five percent of the country's doses with COVAX, and added that "more vaccines are being developed, approved and produced. There will be enough for everyone".

"But for now and for the rest of this year, vaccines will be a limited resource," he said. "We must use them as strategically as we can."