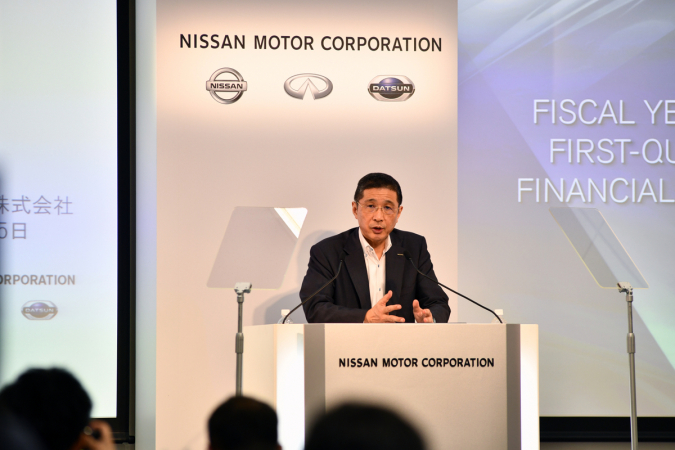 Nissan Motor Co has announced that it will cut global production by 10 per cent and lay off 12,500 employees.

However, the job cuts are unlikely to affect Thailand where sales have been growing, according to a company source.

“Thailand should not be affected by the job cuts,” the source commented. Nissan is the fifth-ranked brand by sales in the Kingdom behind Toyota, Isuzu, Honda and Mitsubishi.

Nissan has enjoyed a 3.4 per cent growth in Thailand during the first six months of the year with sales reaching 34,577 units, thanks to the success of new models like the Terra SUV.

Globally, Nissan will also reduce the size of its product lineup by at least 10 per cent by the end of fiscal year 2022 in order to improve product competitiveness by focusing investment on global core models and strategic regional models.

Nissan reported that during this period, it had generated an operating profit of 1.6 billion yen (Bt456 million) net revenues of 2.37 trillion yen, equivalent to an operating margin of 0.1 per cent. First quarter net income fell by 94.5 per cent to 6.4 billion yen.

It said the total global industry volume remained weak during the quarter, and Nissan’s unit sales decreased as the company continued its efforts to normalise sales. Profitability was negatively impacted by the decrease in revenue and external factors such as raw material costs, exchange rate fluctuations and investments to meet regulatory standards.