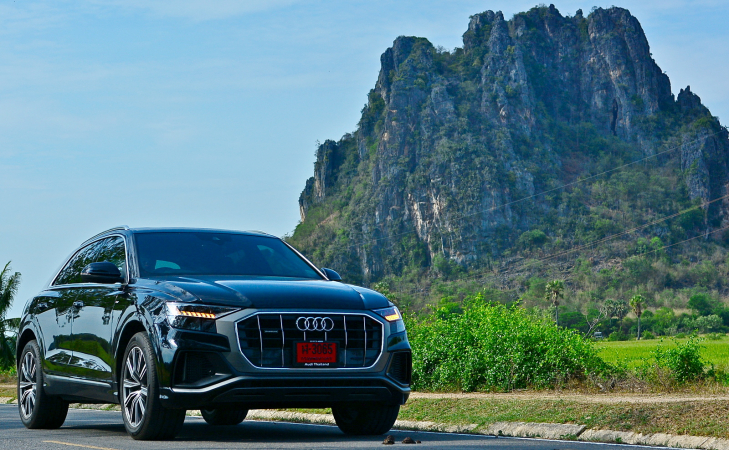 The Q7 used to be the largest model in Audi’s SUV line-up, but now we have the Q8.

However, it’s no bigger than the Q7 at all, but in fact is a coupe version of the German brand’s flagship SUV. It’s slightly shorter, but at the same time wider and lower.

The Q8 is almost five metres long (4,986mm compared to the 5,052mm Q7), but appears less bulky due to its sportier design, particularly towards the rear end (C-pillar area). Think of SUV coupes such as the BMW X6, Mercedes-Benz GLE Coupe, or even the Porsche Cayenne Coupe.

And at Bt6.799 million, the Q8 is priced much higher than the Q7, which retails at just Bt4.999 million and surely offers better value for money, along with more interior space.

The Q8 is powered by a 340hp turbocharged V6 engine with direct injection and comes with a mild hybrid system that helps improve fuel economy, particularly while braking and coasting.

The 48-volt system uses a lithium-ion battery and a belt alternator starter – Audi says that, during braking, it can regenerate up to 12kW of power and feed it back to the battery.

While coasting, the engine can be deactivated (starting from 22km/h) and, according to Audi, this can lower fuel consumption by 0.7 litres per 100 kilometres driven. Audi claims an average fuel economy of 10.9km/litre for the Q8.

And despite a total weight of almost 2.1 tonnes, the Q8 never feels sluggish, with as much as 500Nm of torque being on tap from 1,370rpm right up to 4,500rpm. Acceleration from 0-100km/h takes 5.9 seconds, and it is capable of reaching an electronically limited top speed of 250km/h.

Power goes through an eight-speed automatic transmission with tiptronic, adding to the fun when driven in sports mode. 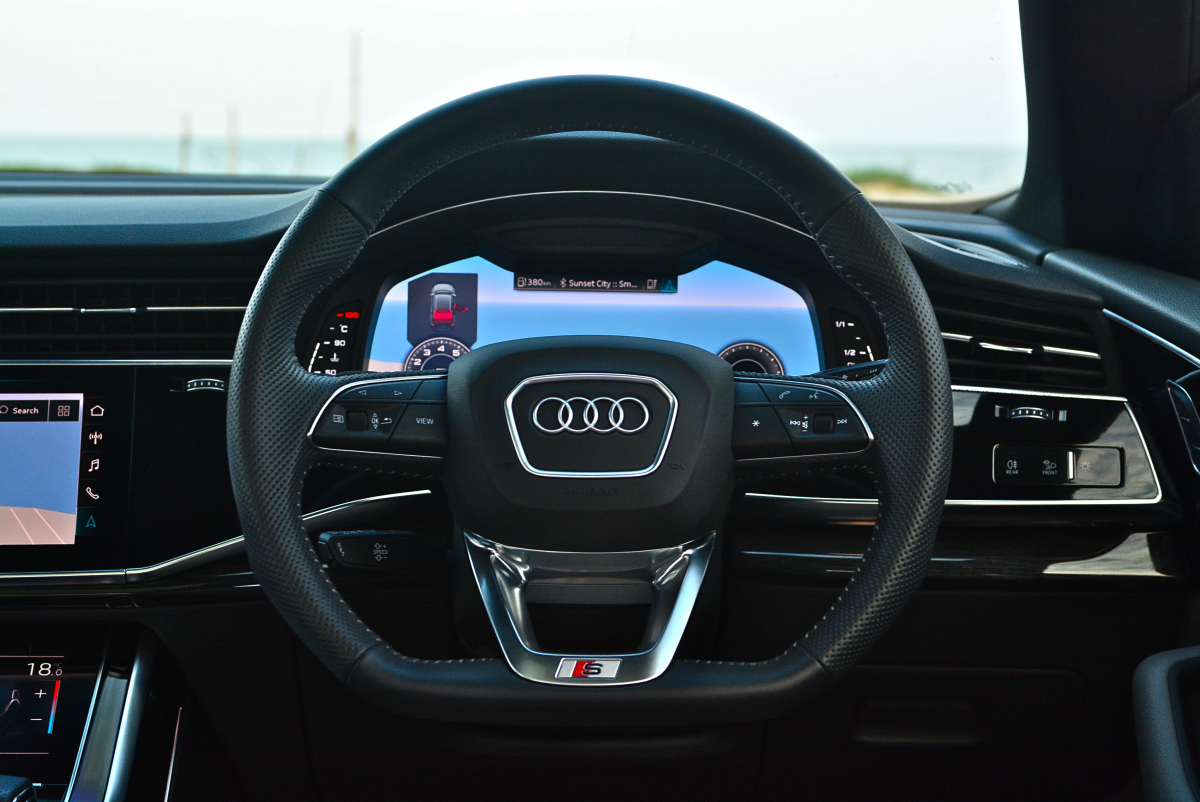 The sharp steering and grippy suspension are a surprise for a vehicle this size. Set up for the corner properly and the Q8 is glued to the curve like a smaller and lighter vehicle, with hardly any lateral roll. Audi has really matched the performance of the Q8 with its sportier appearance.

There is Audi Drive Select with sport and off-road modes to choose from too, although it’s hard to imagine who would take the Q8 into the jungle.

The suspension is multi-link both front and rear, with stabilisers at both ends and 21-inch alloy wheels wearing low-profile 285/45 tyres. The ride offered by the sport-adaptive air suspension is comfortable on highways but, unfortunately, bumps and potholes on the road aren’t really ironed out perfectly, as many would expect from a luxury SUV.

The brake pedal is super-sensitive (an Audi trademark) and I needed a couple of days to get used to it, especially in low-speed traffic. Nevertheless, braking at high speeds, it poses no problems – it’s much easier to judge the brakes now.

The exterior design of the Q8 appears more contemporary compared with the Q7, which is bulkier and has a stronger off-roader character.

The interior remains spacious, and the only setback is just a smaller luggage compartment due to the rear-end design. There are 605 litres of space for luggage behind the rear seat bench, which increases to 1,755 litres when the backrest is folded. That’s not bad, and I was able to fit a 180cm sofa bed without any difficulty.

The slanted rear end doesn’t affect headroom much, with rear passengers still enjoying lots of space and legroom. Visibility is also great for everyone and the huge panoramic sunroof does give the cabin a super-airy holiday atmosphere. 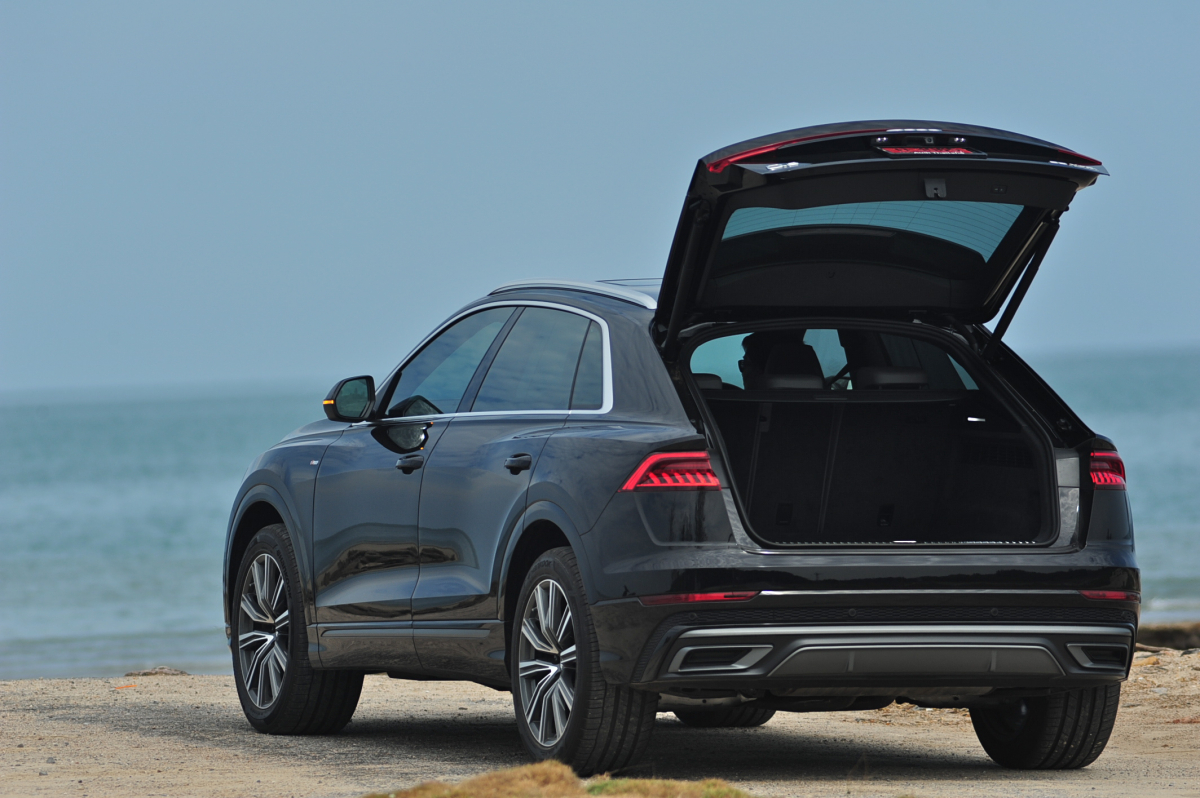 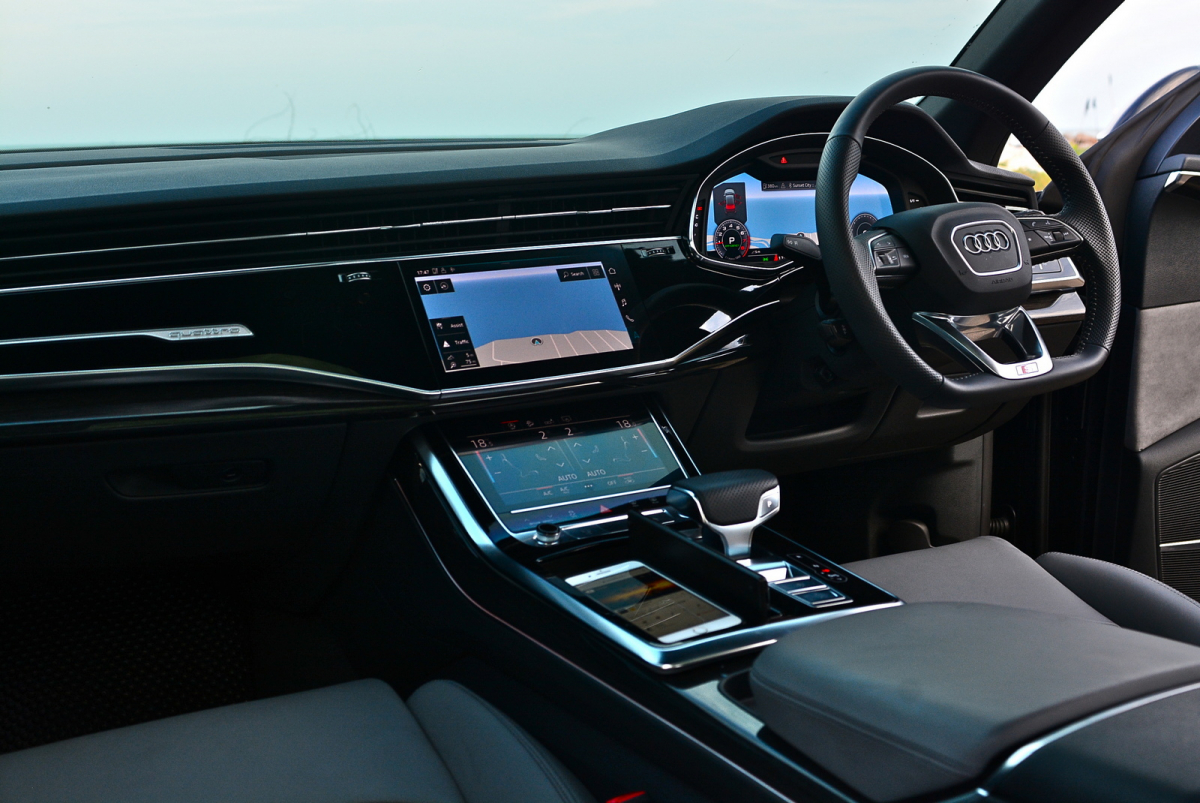 I expected a little more bling with the interior design considering the positioning of the Q8, but was slightly disappointed. The door panels and dull-looking and the buttons for the power windows had pretty sharp edges that I didn’t appreciate.

The Q8 comes with the Virtual Cockpit dashboard featuring a 12.3-inch screen that has lots of options. At the centre console is an MMI Navigation Plus with 10.1-inch touchscreen that’s a fuss to use (Google Maps on your smartphone is much simpler) and even the voice command function doesn’t help much.

The infotainment system features a high-end Bang & Olufsen audio system which has plenty of detail, even from MP3 files, but the midrange is over-boosted, with no bass (and there’s no midrange adjustment, so you can’t lower it). 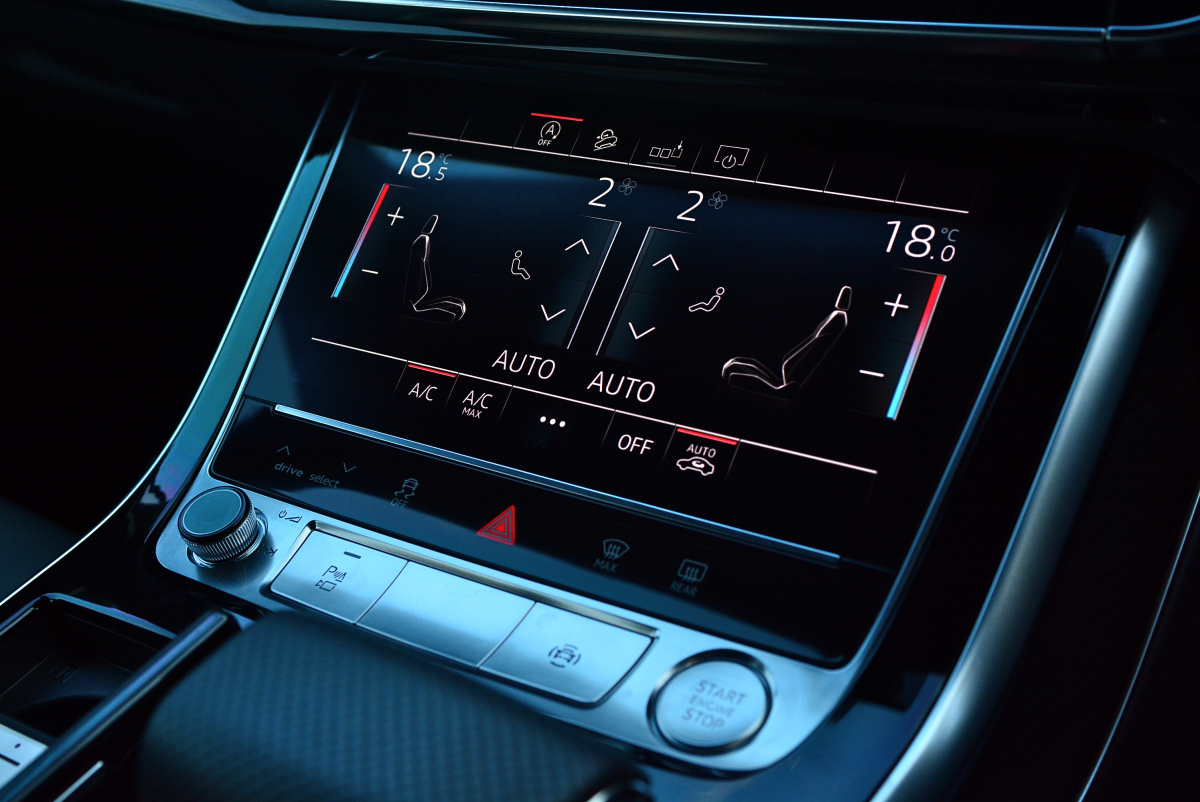 On both screens, the controls are also touch rather than knobs and buttons, making it harder to use than normal controls, and the result is plenty of fingerprints on that glossy black screen. But don’t misunderstand – the interior quality of the Q8 is great still, something you can always count on with the German automaker.

The seats feature diamond-cut stitching and looks pretty unique (although I preferred the normal seats in the Q7), and the flat-bottomed steering comes with lots of controls for various systems.

In summary, if I had to make a choice, I would probably go for the Q7 purely because of the price difference (which is enough to get you a Honda Accord Hybrid).

But for those who really want that trendy SUV Coupe looks and better driving dynamics, the Q8 may just be it.