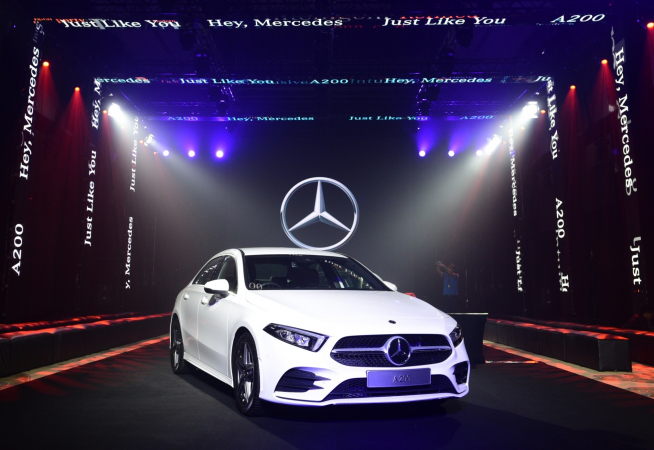 The newest Mercedes-Benz A-Class unveiled in Bangkok on Wednesday is probably the costliest 1.3-litre sedan in the Thai market.

The engine-size reduction is result of stricter emission laws that have forced virtually all automakers to lower engine displacement in newer models.

The A 200 AMG Dynamic produces just 130g/km of CO2 and 0.02g/km of nitrous oxide while boasting 0g/km of particulate matter, according to official Eco Sticker figures. The average fuel economy is claimed at 17.5km/litre.

Currently only the imported version is available, while lower-priced CKD versions will follow later, once local assembly commences, although the timing has not been confirmed by the German automaker, which is also building a battery plant in Thailand for use in its PHEV (Plugin Electric Hybrid Vehicle) line-up and possibly EVs if it decides to assemble one here in the future.

“Positioned as an appealing product for young owners who love freedom, digital lifestyles and work-life balance, the new A 200 AMG Dynamic features an attractive, all-new sporty design axiom inside and out that retains unique qualities of passenger cars in the A-Class family, including an agile exterior, a large cabin centred on daily utility, a stunning engine offering fuel economy and best-in-class safety features,” he said. 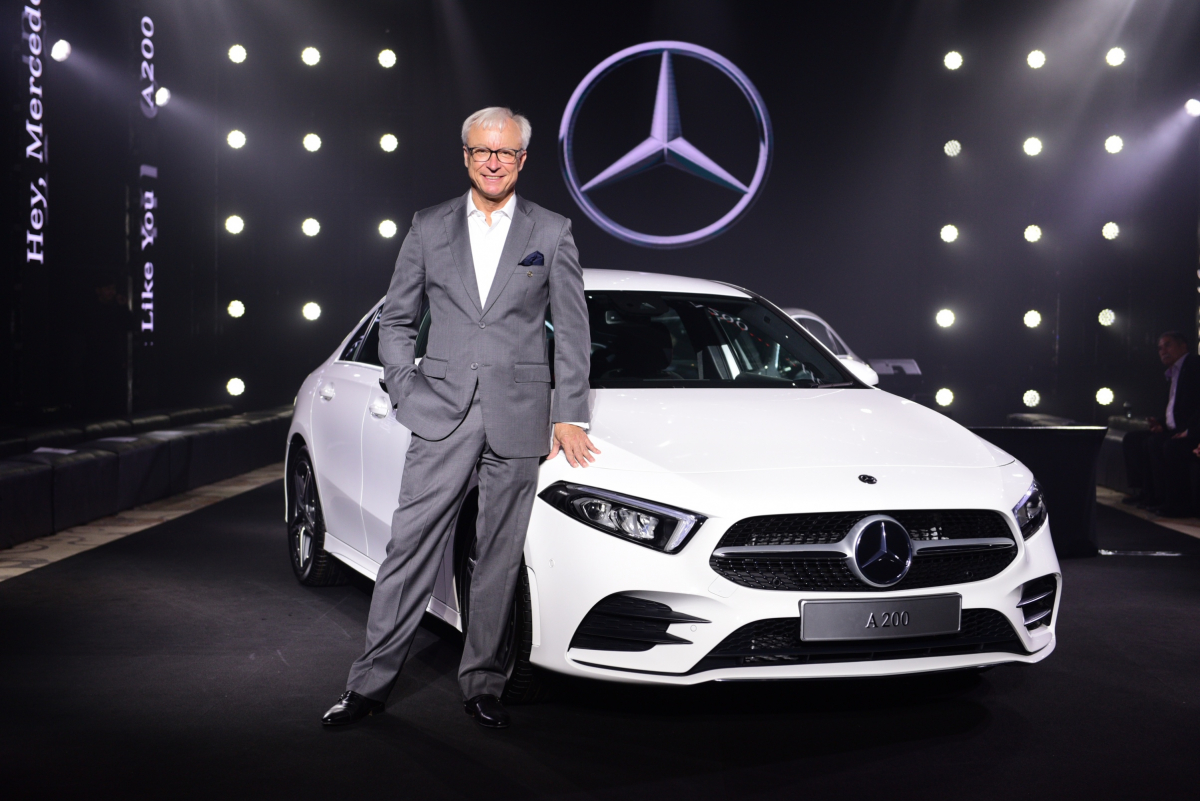 “The system is intuitive when using and learns the habits of users. This is also the first time in a [sub] compact car model that MBUX can function in sync with our trusted Mercedes Me Connect to establish a strong, seamless connection between owner, the vehicle, authorised dealers and other compatible services,” he said.

“This amazing system integration means Mercedes-Benz can offer new functions to owners of the A-Class, especially intelligent voice control with natural speech recognition. In this case, the system can understand various English dialects and is easy to activate by voice with the key-phrase ‘Hey, Mercedes’, so focus on the road can remain unchanged when a command is being input.”

During the first six months of this year, Mercedes-Benz sold 7,289 vehicles in the country, a 3.1-per-cent decline compared to the corresponding period last year.

Meanwhile, arch rival BMW is close behind at 5,474 vehicles, down 1.5 per cent, followed by Volvo with 1,079 units, a surge of over 90 per cent thanks to high popularity of the new XC40 compact SUV.