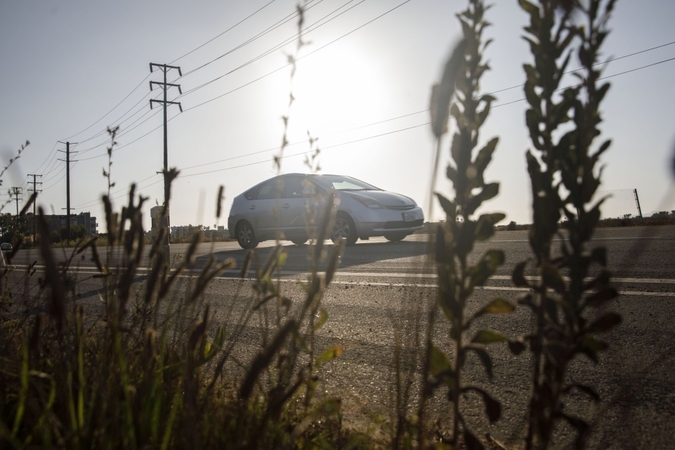 Hybrid cars are seeing a quiet resurgence as the boom in electric vehicles spurs automakers to give the older, cheaper technology a second look.

This year has been an extraordinary one for electric-car manufacturers. Investors have embraced makers of pure-electric vehicles, driving the share prices of Tesla Inc. and Chinese competitor Nio Inc. to stratospheric levels. Drivers are also coming on board, with EV sales from China to Europe rising despite the pandemic.

But the market risks becoming a crowded one, with more than 500 EV models expected to be available globally by 2022. Many conventional automakers are mulling their options, trying to decide which technologies will reign in the decades between now and a full transition away from combustion engines. The investment decisions they make today could determine whether they sink or swim.

While hybrids, which blend the power of a gasoline engine with electric motors and batteries, are now more than two decades old - the first Prius debuted in Japan in 1997 - they're still seeing demand even as EVs loom large. Ford and Toyota are among those releasing fresh hybrid versions of their flagship marques and investing anew in their hybrid component supply chains. While non plug-in hybrids aren't subject to the same sort of generous subsidies meted out to electric vehicles in China, Europe and California, their appeal has been rising after a multiyear slump.

Hybrid sales in the U.S. rose 17% last year from 2018; in the European Union they rose 22% over the same period as the region braces for tightening emissions regulations. In China, Japanese brands - which claim the biggest share of the hybrid market globally - sold about 30% more hybrids, making the segment one of the market's fastest growing. Electric-car sales by contrast increased 6% in 2019 from 2018, well down on previous years' double-digit growth.

The reasons are severalfold. Hybrids offer savings at the pump, while not sparking the same range anxiety as EVs. And because hybrid cars are supported by a gasoline engine, therefore requiring smaller and less expensive battery packs, their overall costs are lower - an attractive prospect for a consumer wanting a car that's better for the environment but who's not able to shell out top dollar for a Tesla.

That's the dilemma facing car buyers such as John Briggs, a mechanical engineer living in Massachusetts who values fuel efficiency but isn't ready to make a complete transition to EVs. He's keeping his trusty hybrid Prius even though he bought Nissan Motor Co.'s popular electric Leaf five years ago.

"The nice thing about our Prius, it's an efficient car and its range isn't limiting like our EV's is," said Briggs, whose wife uses the Leaf for a short commute to and from work. They take the Prius for longer trips to go hiking on weekends. "It's just not practical to have to stop and the charging time takes too long."

Ford's 2021 inaugural F-150 truck, part of the 43-year-best-selling F-series, is set to be the first full-hybrid, full-size truck available on the market. Toyota's 2021 iteration of its bestselling crossover Rav4 is a plug-in hybrid called the RAV4 Prime that's the automaker's most powerful model of the car yet.

In fact, hybrid sales are projected to keep growing until they peak in 2027 with a market value of $792 billion, according to IDTechEx.

Hybrid Rav4s outsold their gas-only counterparts in the U.S. in June, a rare occurrence that lends credence to Toyota's theory that there's demand for new hybrid versions of its existing models that come with added fuel-economy, torque and power.

"For now, we're going to firmly move forward with making batteries for hybrid vehicles as they are today's standard," Prime Planet Chief Executive Officer Hiroaki Koda said, acknowledging that an industry shift to full-electric or fuel-cell vehicles will require flexibility and some change in direction.

That's a question mark in some analysts' minds, too. Will tying up too much capital in the hybrid-vehicle pipeline inhibit carmakers' ability to invest in electric vehicles down the track? It is, after all, a segment that's expected to skyrocket to 64 million units from about 2 million units in annual sales over the next two decades as battery costs fall and consumer tastes shift.

Similarly, while elevated oil prices and strict fuel-economy regulations can drive up hybrid sales, if either of those factors gets too strong, the market will be pushed toward full EVs, according to Colin McKerracher, head of advanced transport at Bloomberg New Energy Finance.

Toyota, which hasn't released a mass-market all-electric car in any major market except China, will have to "quickly change its tune" on plug-in vehicles and EVs and sell more of them or risk falling short of the European Union's regulations on fleet emissions by 2025, McKerracher said. "Eventually you reach a place where you're at 70, 80, 90% hybrids and then you're out of room to keep hitting those tightening regulations just by hybridizing vehicles."

Toyota however sees hybrids as a necessary stepping stone to other next-generation technologies. The world's second-largest automaker is investing heavily in fuel-cell vehicles and battery EVs, Chief Competitive Officer Shigeki Terashi said at a briefing last month, but until those technologies mature, "hybrid vehicles are most practical." Toyota is expected to invest about $13.5 billion through the end of the decade in electrifying its vehicles, as it targets sales of 4.5 million hybrids and one million full-EVs and fuel cell vehicles a year by 2030 or sooner.