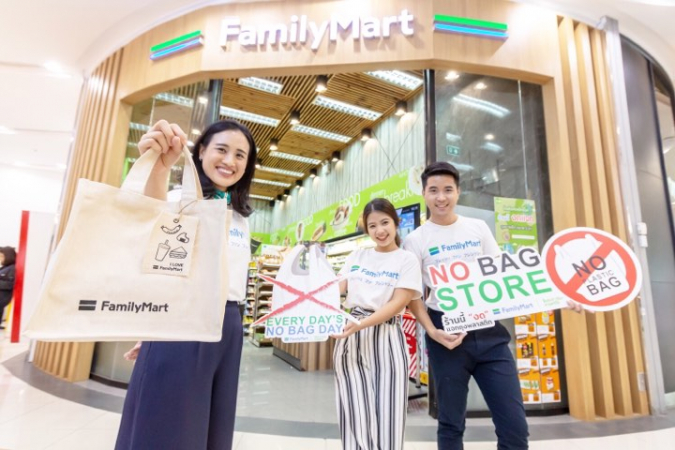 Central FamilyMart is joining the push to cut down on plastic waste by reducing the number of plastic bags given out by its convenience stores.

The move is in line with the company’s policy to build environmental sustainability and support the government’s policy to reduce plastic bag consumption.

Ruedee Euachongprasit, vice president for marketing, said that so far this year, the company has introduced the policy at 10 stores in Bangkok.

“We are determined to reduce the volume of plastic bags by 30 per cent this year,” she said, adding that with its “No Bag” stores, the company was aiming to persuade customers to change their behaviour and stop using plastic bags in their everyday lives. No Bag stores are also planned for tourist destinations. 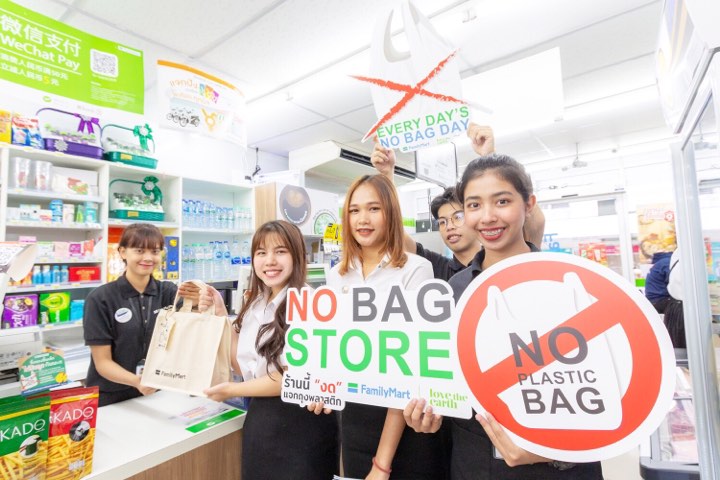 “Our research shows that Thais consume three plastic bags per head per day on average or about 7 billion bags in total every year while the country’s capability to eliminate plastic bags is just 25 per cent of total consumption. FamilyMart has a network of convenience stores covering many areas and our aim is to introduce measures to reduce plastic bag consumption as much as possible. They include the company’s campaign to stop giving out plastic bags at all branches of FamilyMart stores on the fourth of every month, as well as encouraging individual customers not to accept plastic bags when buying only a few items,” she said.

“In the first six months of this year, we are able to reduce 17 million plastic bags at our stores, which is down by more than 20 per cent compared to last year. But we cannot do it alone. We need to get cooperation from all stakeholders in changing to cloth bags. The best way to do that is to do stop giving out plastic bags and provide them other alternatives, such as cloth and paper bags at special prices, the income from which will be donated to a local foundation for sea animal preservation,” she added. 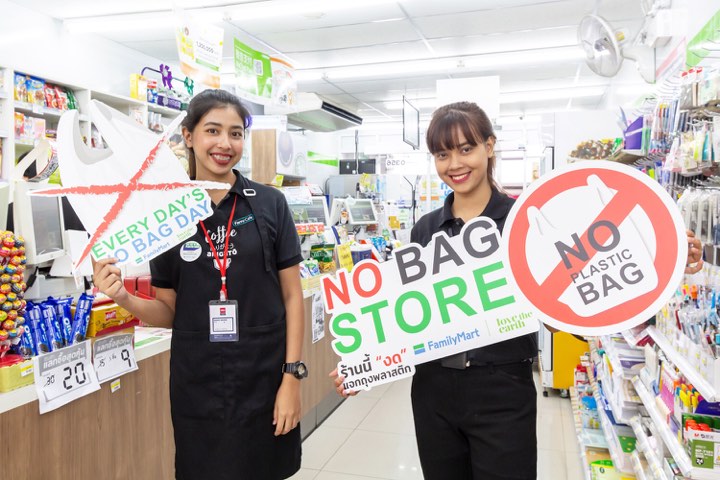