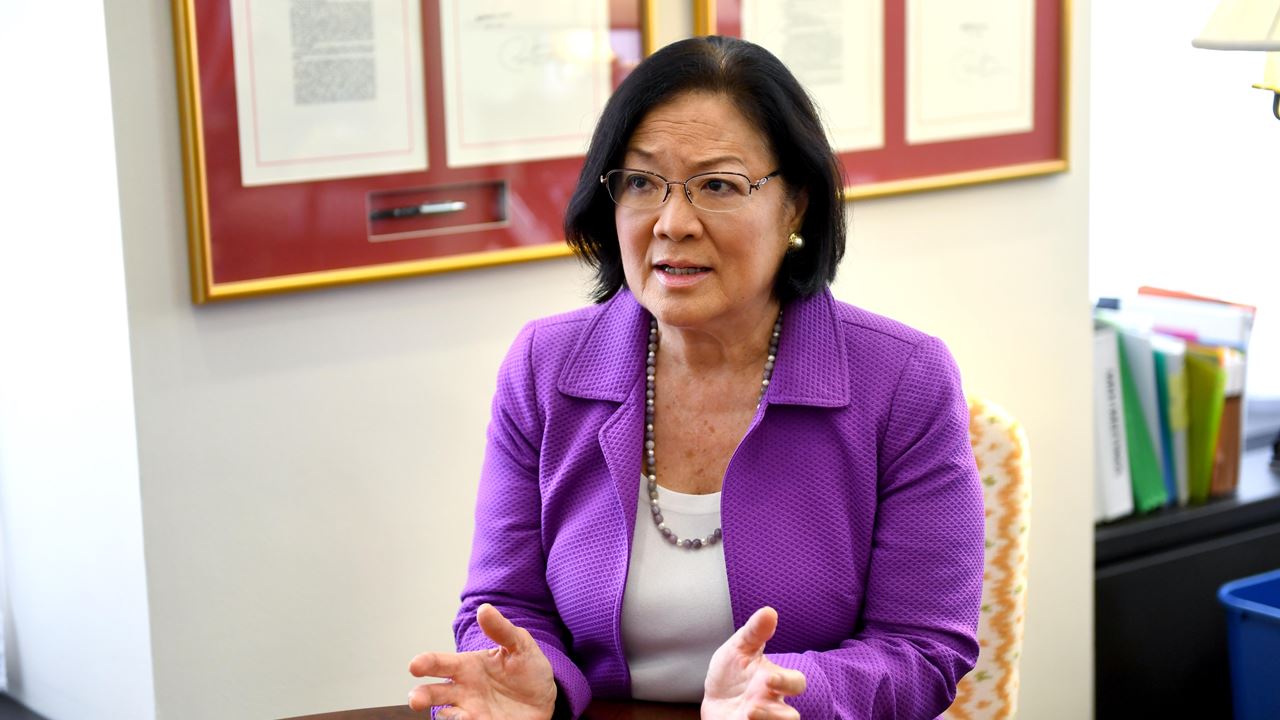 WASHINGTON - The Senate overwhelmingly passed legislation Thursday designed to more forcefully investigate hate crimes, particularly those against Asian Americans after the March 16 shootings at three Atlanta spas and a wave of violence following the spread of the coronavirus from China last year.

"To our Asian American friends: We will not tolerate bigotry against you. And to those perpetrating anti-Asian bigotry: We will pursue you to the fullest extent of the law. We cannot - we cannot - allow the recent tide of bigotry, intolerance and prejudice against Asian Americans go unchecked," Senate Majority Leader Charles Schumer, D-N.Y., said in a floor speech just before the vote.

Sen. Mazie Hirono, D-Hawaii, introduced the bill last month, officially titled the COVID-19 Hate Crimes Act, based on a year's worth of rising attacks after the pandemic began in Wuhan, China. Five days after Hirono introduced the legislation, eight people were killed, including six Asian women, in mass shootings at three Atlanta spas. The crimes heightened the pressure on Congress to respond to the rise in attacks against the Asian American community.

"I cannot tell you how important this bill is to the AAPI community, who often has felt very visible in our country, always seen as the other. And for them to experience that kind of hatred against them," Hirono told reporters after the legislation passed.

With Rep. Grace Meng, D-N.Y., as the lead House sponsor, the legislation would assign an official in the Justice Department to review and expedite all reports of hate crimes related to the coronavirus, expand support for local and state law enforcement agencies responding to these hate crimes, and issue guidance on mitigating the use of racially discriminatory language to describe the pandemic.

Meng, in a statement after Thursday's vote, said the House is expected to take up the legislation next month. President Joe oBiden has vowed to sign it when it reaches his desk.

Republicans at first hesitated to adopt a position on the legislation, which carefully avoids any mention of former president Donald Trump's comments about the "Kung Flu" and "the China virus" as possible inspiration for attacks on Asian Americans - but the inference is easily understood.

In a rare bipartisan compromise, negotiators agreed to add a broader bill, the "No Hate Act" sponsored by Sens. Richard Blumenthal, D-Conn., and Jerry Moran, R-Kan. to provide federal funding to conduct broader studies about the number of hate crimes every year.

That decision cleared the way for last week's initial vote to begin debate on the legislation, with 92 senators in support. Hirono and Sen. Susan Collins, R-Maine, then spent several days negotiating the final details of the bill, which ended up more expansive that its original design and drew more support.

"Senator Collins, I really appreciate your work on this bill. We would not be here without your support," Hirono said during her speech.

"Crimes motivated by bias against race, national origin, or other characteristics simply cannot be tolerated. Our amendment both denounces these acts and marshals additional resources toward addressing and stopping these despicable crimes," Collins said in her floor speech.

Their deal also assured that the Senate would reject three amendments offered by conservatives that would have been considered poison pills and brought down the entire legislation.

Supporters of the legislation cited one study in 16 major cities, where hate crimes decreased overall in the past year but those crimes against Asian Americans soared 145%.

At a news conference with Hirono and Schumer afterward, Sen. Tammy Duckworth, D-Ill., recalled regularly hearing the same phrase - "Where are you from, really?" - even while serving in the Army.

This legislation is needed, Duckworth said. "There's a lot more work to be done. This is a good first step."